B2K! Back to Millet

The Need:Traditional cereals and tubers like millet, sorghum, sweet potatoes, cassava and yams are slowly disappearing from the stapple diets of many communities in rural Africa and beyond. Maize and rice have come up to claim a growing share of the dinner serving of many households. This is part of a globallization trend in which corn/maize and rice are becoming a global staple food. Yet some traditional starches would provide similar aesthetic and dietary properties to rice and maize, while enabling a wider choice for consumers. In addition, some traditional starches especially the stem and root tubers are more resilient to climate variability than maize and rice. This situation is also confouded by negative social-cultural attitudes towards traditional cereals. Urban and peri-urban dwellers are not attracted to these cereals mainly because of their taste, and they are usually linked to low socio-economic status.

The Innovation: This project uses novel recipes and aesthetics to re-define the taste of millet and other waning traditional starches like Sorgum, Cassava and Sweet potatoes. New forms of processing, impurity removal, mixing, refinement and presentation of these foods will increase their palatability and taste, so that more people in rural and urban settings choose to consume them.  We have very simple formulations that can be scaled to the large quantities required to compete with maize, employing the existing unit processes used to process these cereals.

The Impact: It is hoped that the demand for traditional starches like sorghum and millet will increase, thereby enabling more cropping options for rural farmers. Rural farmers will be empowered to earn more from the traditional starches, to break the monopoly of rice and maize in the crop farming space. Since some of these foods are more resilient to climate variability, it is hoped that the improved product will increase household food security by bringing back traditional foods to the dinner table. Farmers engaged in production of these crops will have more leverage in the markets. It is also hoped that the mixing of different starches will confer more nutritional value than single food carbohydrates. The team has continously engaged with target communities while conducting cooking competitions to showcase attractive and healthy millet based dishes. 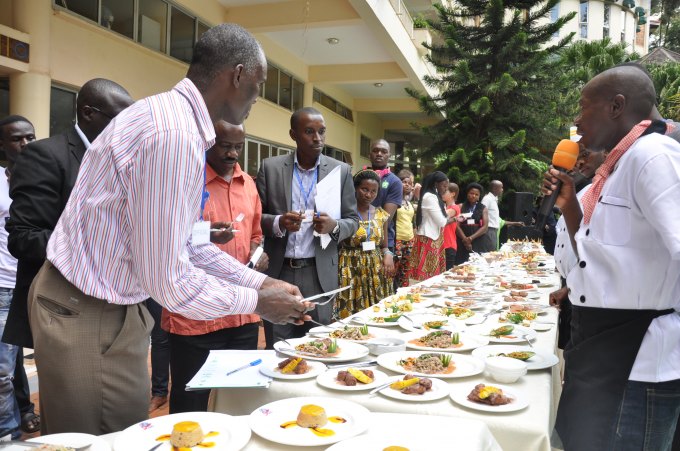