Innovations Team: Brining back traditional foods to the dinner table organised a superfoods cookery event and gala dinner @ on Friday December 11, 2015 at Golf Course Hotel, Kampala Uganda. The African Centre for Economic Transformation (ACET) and The Pardee RAND Graduate School (PRGS), in collaboration with Uganda counterparts Saladin Media and Africa Innovations Institute (AFRII) are spearheading an initiative to bring back traditional grains of sorghum and millet to the dinner table.

This initiative builds on a recently completed sorghum and millet value chains study conducted by ACET and AFRII. They launched a pilot project to help improve the image of traditional grains by showcasing their superfood qualities and versatility in meeting the demand of modern consumers. The pilot project was a cookery competition among top chefs and also the general public, in order to showcase a diversity of recipes utilizing these grains. The recipes used in this competition will then be consolidated into a cookbook, and will ideally be adopted by restaurants, food bloggers, and households. 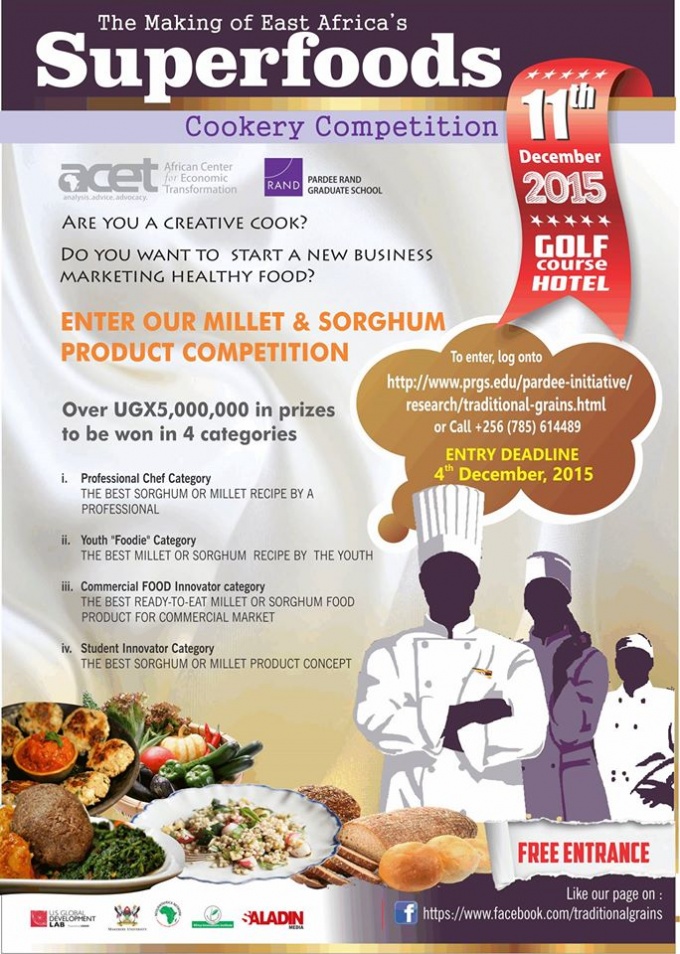