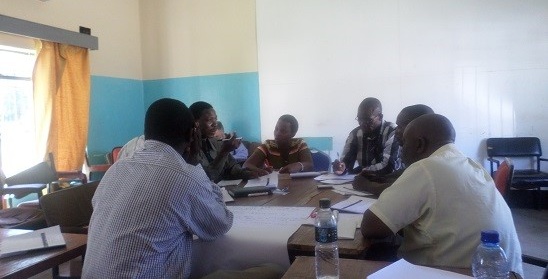 Deliberative Poll Stakeholders’ Panel Workshop that was conducted in Nsanje district of Malawi at Nsanje Discovery Lodge Conference Room on 9th February 2017. The workshop was convened as a preliminary activity for the upcoming deliberative poll in T/A Nyachikadza in Nsanje District, under the Southern Africa Resilience Innovation Lab (SA RILab) of the ResilientAfrica Network (RAN).

The Stakeholder Panel Workshop was convened by Nsanje District Council, through the Office of the District Commissioner, to promote ownership and buy-in of the local stakeholders. The District Council, through the office of the Disaster Risk Management Officer, worked closely with Lilongwe University of Agriculture and Natural Resources (LUANAR), a RAN-partner university in preparing for the workshop. The participants to the workshop, the majority of whom will serve as Experts during the actual DP, were drawn from various government ministries and departments in Nsanje District, the district council, local and international NGOs operating in Nsanje, traditional leaders and community-based organizations.

Dr Donald Makoka shared the objectives of the workshop which were, to introduce and help participants understand deliberative Polling (DP), to discuss, consider and agree on policy options that will feature in Malawi’s DP and to discuss roles of steering committee and map the way forward.

The second presentation was made by Christine Muhumuza, the Research Officer at RAN secretariat at Makerere University in Uganda. The presentation focused on introduction of ResilientAfrica Network (RAN), Rationale of RAN, member universities and whole structure of RAN. The concept of resilience was also highlighted with the aim of ensuring that participants had a clear understanding of the same, and how it relates to the on-going DP work in Nsanje District.

Mr. Magalasi of the Department of Disaster Management Affairs, whose office coordinates all disaster response, rehabilitation and management, including floods presented on the past experiences with flooding in Nsanje District. The presentation tackled Common hazards in Nsanje include floods, droughts, disease outbreaks, Effects of disasters, management of effects of floods, challenges and recovery practices.

Prof. James Fishkin from Stanford University, then gave a presentation focused on the concept of deliberative polling, he highlighted the importance of DP as a way of listening to people’s voices for decision making and the Procedure for conducting DP was also introduced to participants.

Prof Lekan Ayo-Yusuf, the Southern Africa Lab Director of the RAN also presented on the on-going work that the SA Lab has done in South Africa, Malawi and Zimbabwe. Specifically, he introduced a model and how resilience can be built among affected people, explained on adaptive and absorptive capacity, Absorptive capacity: Common in Malawi include social capital, social support/safety nets and also emphasized on the central role that human capital plays in building resilience.

Prof. Fishkin made the final presentation on the roles of the panel of experts in the DP process. He emphasized the need to ensure that the experts understand their roles and responsibilities because the success of the DP depends on how well the experts provide accurate information to the participants. Participants were informed of their roles in the DP to take place at T/A Nyachikadza.

In his Closing remarks, Mr H. Magalasi thanked the facilitators for the excellent workshop. He also thanked the participants for being an active audience and for their contributions. Donald Makoka, Prof. Fishkin, and Prof. Lekan Ayo-Yusuf all thanked the District Council and the participants for their involvement and active participation. The workshop was closed with a prayer by one of the participants at 16:50hrs which was then followed by the research team paying a visit to T/A Nyachikadza in order to appreciate the set-up of the community. The location is around 20 Km from the district centre, where the workshop took place. 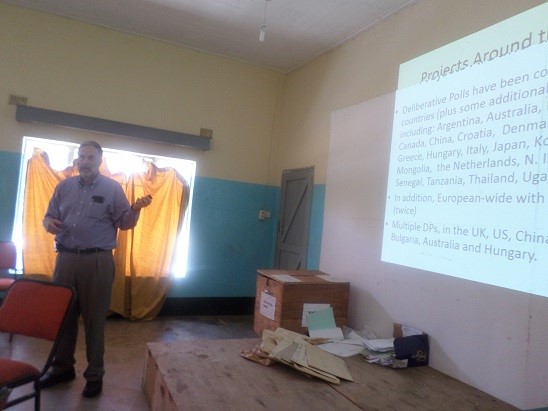 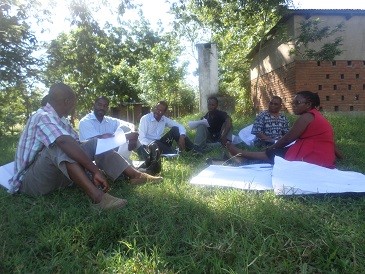 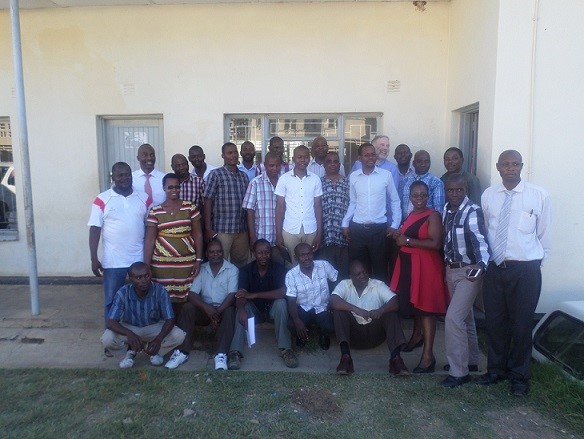