The ResilientAfrica Network (RAN) hosted by the University for Development Studies (UDS) working in close collaboration with the Center for Deliberative Democracy (CDD) at Stanford University has disseminated its first successful Deliberative Polling (DP) results. The Deliberative Poll was conducted in Tamale, Ghana West Africa.

The poll involved a random, representative sample of the Tamale Metropolitan Area to assess the opinions of the population on issues affecting them.

Deliberative Polling (DP) is an innovative citizens’ consultative process that assesses the representative opinions of a population, both before and after it has had a good chance to thoroughly discuss challenges confronting their communities, and identifying appropriate solutions to them.

The Tamale DP is the first in West Africa and it showed a representative sample of the population that became more informed after deliberation, and they identified/shared specific policy solutions that could help address Tamale’s urgent problems.

The results suggested the setting up of rainwater harvesting systems in educational institutions, promotion of maximum consumption of local foods, encouraging a public-private-partnership to convert waste to energy, promoting the use of environmentally-friendly toilets, and the treatment of waste water for farming through the use of charcoal and stones, among others.

The results also showed that a higher percentage of the people want the use of clean water to produce vegetables, while others strongly recommended the ban of using untreated waste water for crop cultivation and others wanted the use of drift irrigation.

Professor Jim Fishkin, the Director of Stanford University’s Centre for Deliberative Democracy, who disseminated the results in Tamale, on Wednesday, called for a continued commitment and constant touch with the communities as well as adopting innovative approaches to addressing the identified problems.

He commended Ghana for the successful DP and urged stakeholders not to relent in their efforts in trying to help raise the voices of communities in their development aspirations.

He stressed the need for district assemblies to be fully involved in addressing the policy proposals.

Mr. Dennis Chirawurah, the Director of the West Africa RI Lab, said the team was excited about the DP, explaining that the new things would not be done but existing things would be used as well as turning them round to build the resilience of communities.

He said the engagement with communities were not over since the critical issues emerged from the DP still existed and the team intended to keep close touch with the communities and would also work together with those in civil society to achieve positive results.

The Tamale DP showed a representative sample of population that became more informed after deliberation, and they identified specific policy solutions that could help address Tamale’s urgent problems.

The outcome of the DP also validates the theory that deliberative democracy can be applied in a development context even if the population has low illiteracy levels. 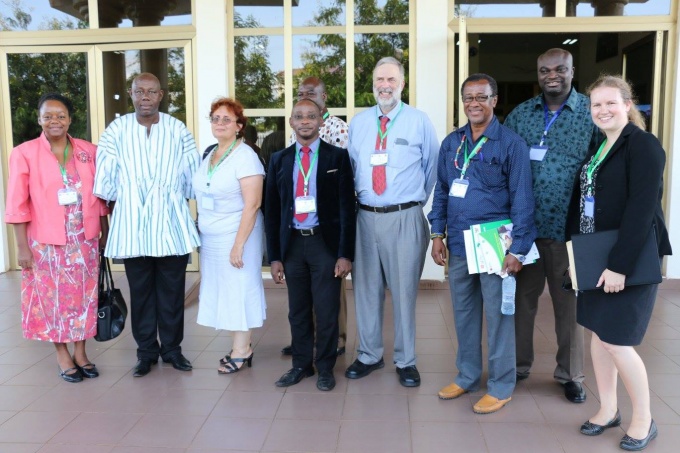 RAN team with some of the WA RI Lab Innovation Advisory Board members, Stanford University and USAID

The DP was focused on two main categories of issues: Water, Hygiene, and Sanitation (WASH); and Livelihood and Food Security.

The purpose of the poll was to provide direction for local government and the donor agencies on how to address the most pressing needs of the people in the metropolis.