The Celestini Project, brings together Young Scholars who have been awarded by the Marconi Society to engage university students and help them use ‘modern technology to provide social and economic transformation for their communities. In Uganda, the program is led by Joseph Kakande (a young scholar) with the support of the College of Engineering, Design, Art and Technology (CEDAT) and College of Health Sciences (CHS) at Makerere University. The program  focuses on using technology to address challenges related to maternal health.

On Wednesday 26th July, 2017, the Makerere University School of Public Health- ResilientAfrica Network (RAN) team, conducted a Human Centered Design (HCD) training for 30 participants including competitors in the 2017 Celestini challenge, interns and students from NetLabs!Ug and CEDAT. The workshop took place at the RAN innovation Lab located in Kololo, Kampala Uganda and aimed to equip individuals with key skill sets and knowledge in creative problem solving. It lasted a day and included a combination of stakeholder presentations that highlighted the main challenges in addressing the challenge of maternal mortality in Uganda. The engagement also had practical sessions on each of the 5 principles of the HCD approach, namely: ‘Need Finding’, ‘Problem Framing’, ‘Structured Brainstorming’, ‘Rapid Prototyping’ and ‘User Testing’ and concluded with a session on ‘Pitching your idea’

Mr. Nathan Tumuhamye, the Director Eastern Africa  Resilience Innovation Lab (EA RILab) opened the workshop with a brief introduction to the ResilientAfrica Network (RAN) and its work in ‘leveraging the knowledge, research and expertise of university scholars, students and the communities themselves to strengthen the resilience of communities to shocks and stresses.’ He encouraged the attendees to always work towards  turning their ideas into tangible solutions so that they too ‘could generate an income whilst strengthening communities off their own innovations.

Nathan’s  remarks were followed by a session on the challenges of maternal health, which was delivered by Dr. Musa Sekikuubo- a practicing gynecologist and Obstetrician and Ms. Anthony Nantume- a Midwife at Mulago National Referral Hospital. They together elaborated on the three major delays that contribute to the high maternal mortality:

The first delay is the delay in seeking care. here,  they highlighted a number of issues including the attitudes of many ‘non-first time mothers’ who ‘don’t perceive Antenatal Care checkups as important.  The second delay is the delay in reaching a health facility, which they attributed mainly to the poor transport infrastructure and long distances from the hospital and or health centers Dr. Sekikubo also shared a story of a woman whose children he had delivered in the past and who had given birth to over 20 children and lived on an island. In her most recent pregnancy, he warned her of the risk of her uterus rupturing given the number of pregnancies she had had and therefore suggested that she lives with a relative on the mainland during her pregnancy in case of an emergency and due to the lack of transport from the island to the mainland. The woman did not heed his warning and delayed to reach the hospital in time for her delivery. This unfortunately resulted into her demise, may her soul rest in eternal peace.  The third delay is the delay in receiving adequate health care. Here Dr. Sekikubo shared the number one complication among pregnant women, which is bleeding during pregnancy. ‘Few women know whether they are anaemic or not and even fewer women know their blood group in case of a medical emergency and need for blood transfusion. These tests take time and many times hospitals are short of staff and face further challenges of shortages of emergency obstetric care supplies, equipment, and trained personnel to carry out such tests.’

The rest of the sessions were led by the RAN team comprised of Dr. Julius Ssentogo (The EA RILab Program Coordinator), Ms. Harriet Adong (RAN Communication Manager) and Ms. Natasha Kassami (RAN Engagement Officer). With a better understanding of the problem, attendees were split into four groups and practically guided through co-creating solutions using the Human Centered Design Approach. Each group was given one main challenge to address from those previously highlighted by the stakeholders. The four challenges were framed into the following problem statements:

At the end of the training, the groups competed for a USD 50 only cash prize, as they pitched their solutions to a panel of judges made up of Dr. Julius Ssentongo, Mr. Musa Sekikuubo, Ms. Anthony Nantume and Mr. Diarmuid O’Briain (An Associate Lecturer / Researcher at the
netLabs!UG Research Centre). Among the ideas proposed were:

This team emerged as the winners of the challenge and came up with a smart phone ‘PregHealth’ mobile app and a USSD messaging service which can be used by those mothers without smart phones.  These platforms would enable expectant mothers to subscribe for messages and receive messages on nutrition, danger signs and symptoms and would also inform them of the closest and most reliable health facility based on their medical needs. Congratulations Team PregHealth!

Thought of coming up with a Tuk-tuk that could be operated using solar energy. This service would be managed through the ‘Transhealth mobile app’ that would enable pregnant mothers to communicate with the drivers of these Tuk-Tuks so that these mothers could get immediate transportation to the medical centers. This solution was intended to solve the problem of transport infrastructural challenges.

Developed a bracelet that is equipped with sensors to remotely monitor a mother’s blood pressure. These bracelets would be provided to ‘at-risk’ mothers and their information would directly be sent to their doctors. The bracelets would also alert the patients and doctors incase its reading are outside the norm. This would be done via SMS for the patient or user and would in the long run improve health care staff efficiency. The group was code named ‘RedFlag’ and they emerged as the 1st runners-up, congratulations team ‘RedFlag’.

This team proposed collecting information from pregnant mothers during their antenatal visits and using this database of information to inform the national medical stores about the amount of materials or equipment needed to deliver a baby. In so doing, this would  help forecast how much emergency obstetric care supplies are need in a medical facility. This team was code named ‘GOPRO’ and they emerged as 2nd runners-up, congratulations.

Dr. Roy William Mayega, RAN’s Deputy Chief of Party joined participants and closed the workshop. He shared extensively on ‘how innovation is changing the world’ and cited several transformational innovations that have been witnessed at some of the leading global companies like Samsung, Nokia, Google and Amazon. He further shared on how ‘technology has revolutionized the way human beings live and conduct business,’ giving the example of Amazon, which ‘started off as a book retail business but has now transformed its business through harnessing technological advances.’ ‘The internet of things has changed the gameplay where smart devices are now communicating with each other and with human beings making life more fascinating,’ he added. This he emphasized using the example of the ‘Alexa’ Device recently manufactured and launche din the market by Amazon.

The Deputy Chief of Party congratulated and also thanked all the DT participants for the enthusiasm that had been exhibited throughout the day, sharing that ‘all the ideas which had not been successful during the event, once tweaked a little could easily turn into game changers’. ‘The more times you fail, the better you become,’ he added. ‘If you apply human centeredness in your engineering principles and skills, you will become a different crop of engineers.’ He also encouraged participants to take short courses including that on business modeling to be in position to work better to make the suggested innovative solutions more valuable and viable. ‘It was fulfilling engaging multi-disciplinary participants in this DT training and the cross disciplinary learning too was rich’ he noted. It is good that engineers are tasking their brains to come up with solutions to address the challenge of maternal mortality, this is the way to go, if we are to realize community transformation and development, Dr. Mayega added.

This story was initiated by Joseph Kamya, one of the RAN Student Interns 2017 cohort. 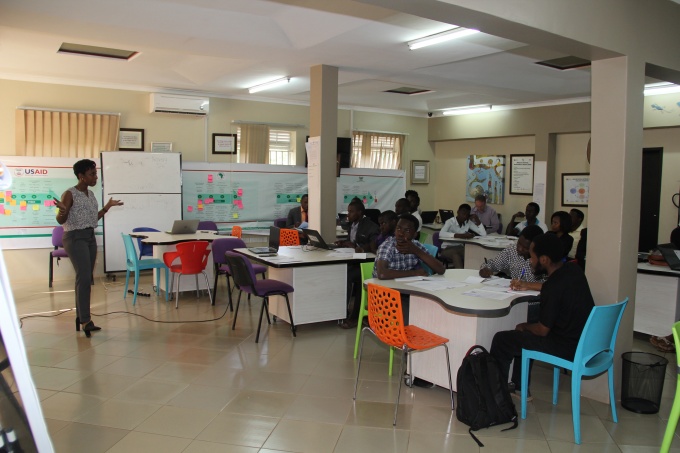 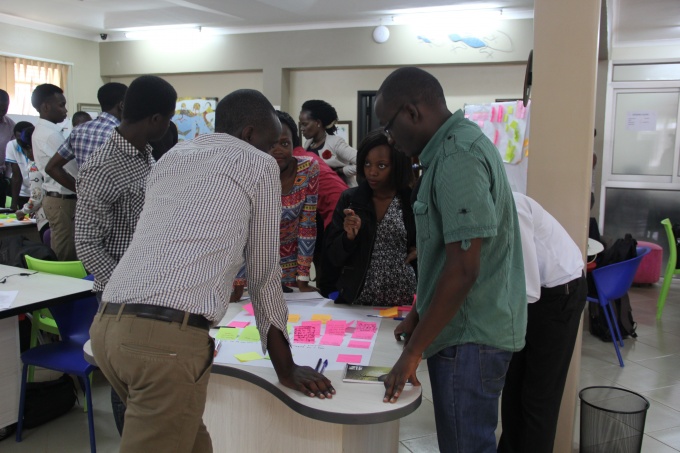 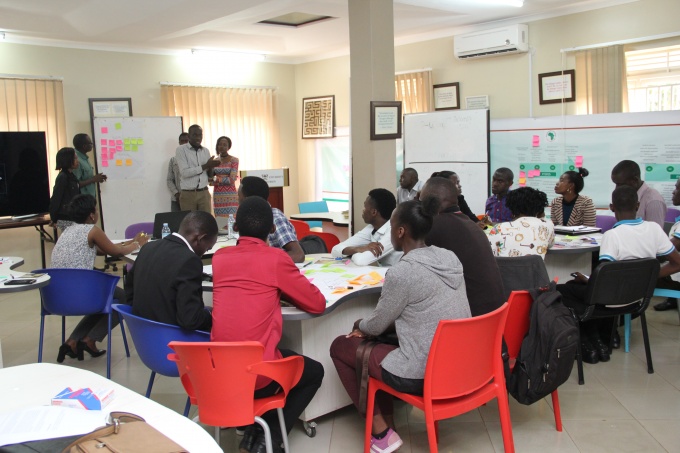 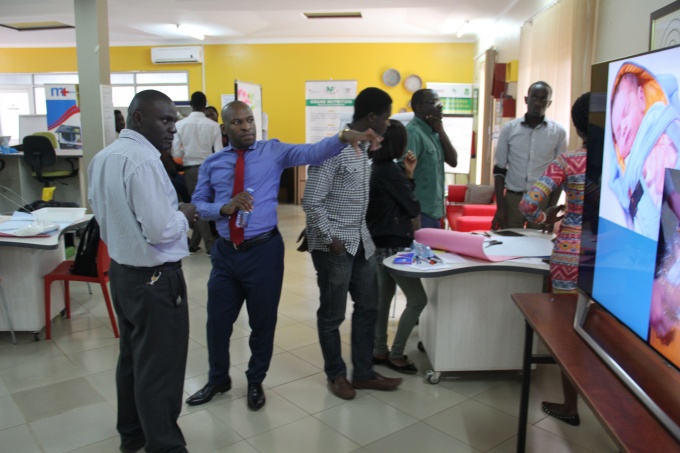 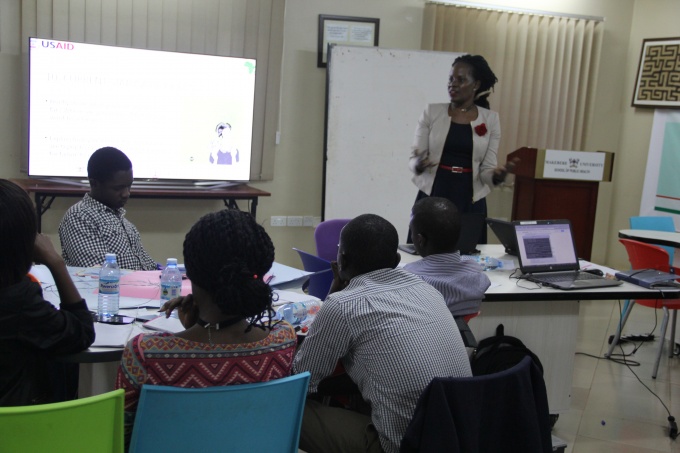 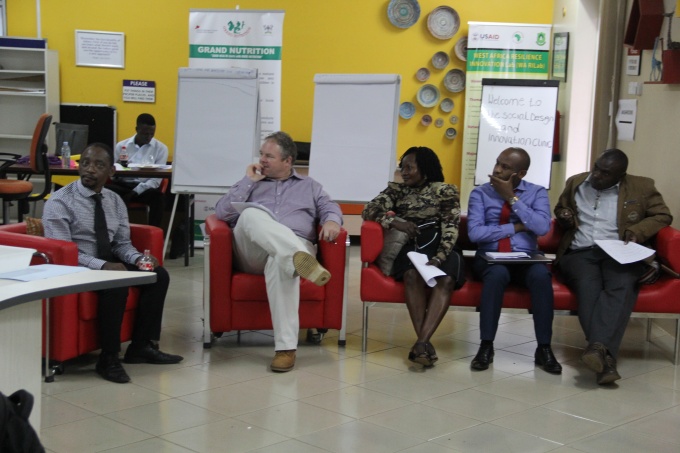 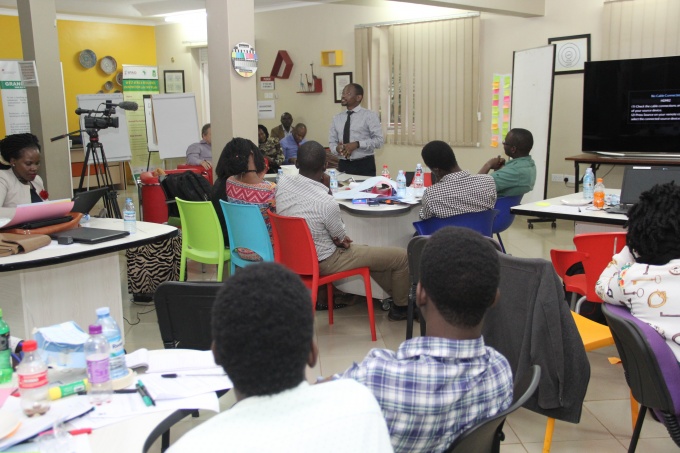 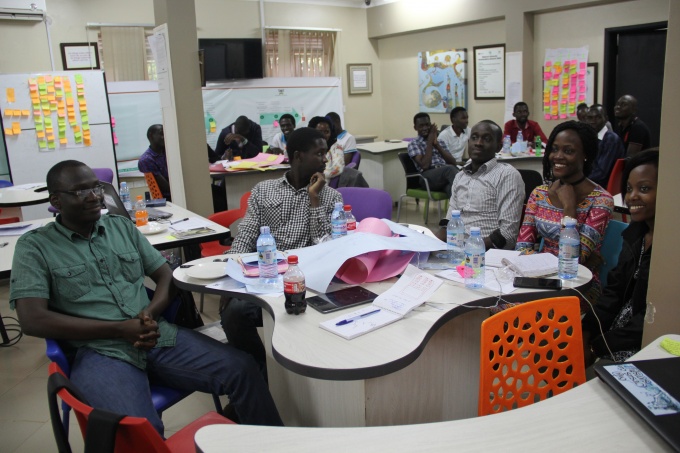 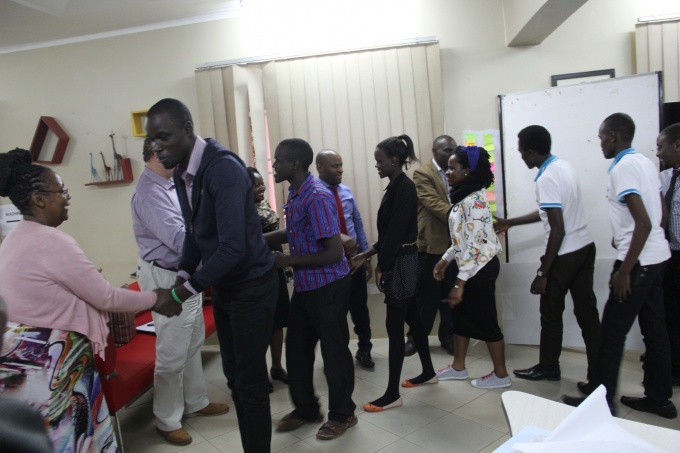 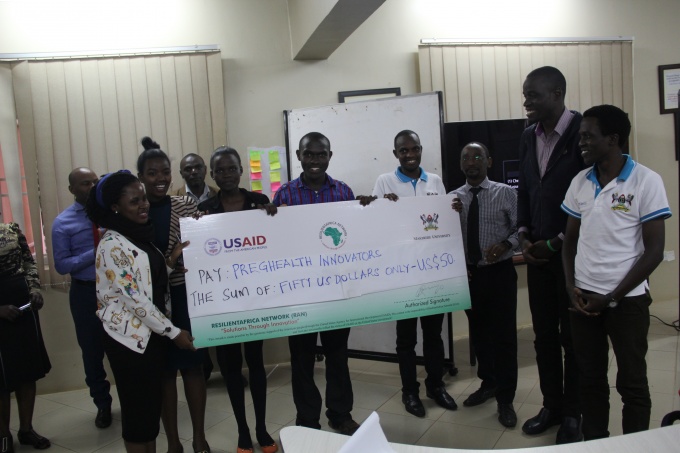 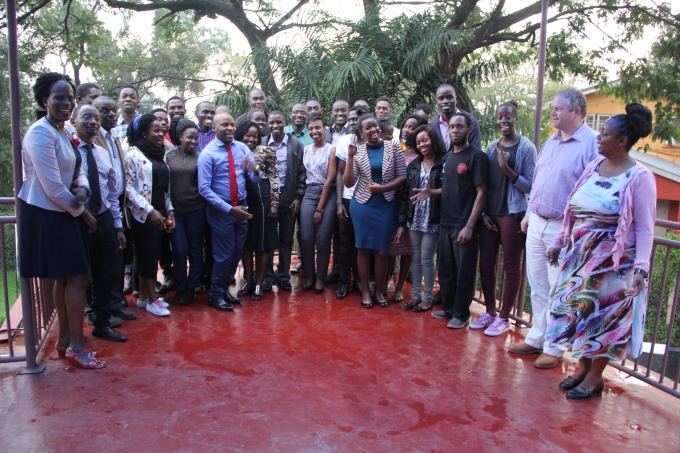