The Technovation challenge is an international 12 Week technology entrepreneurship program and competition for young women. The initiative, which is targeted at girls aged 11 to 19 years is housed under the RAN4Gals program (run in the Makerere University School of Public Health ResilientAfrica Network (RAN) Innovation Lab) in Kampala Uganda. Technovation has been embraced by over 20 schools in the central region and at least 2 schools in each of the other regions of Uganda; East, West and North. To aid the continuity of the program, participating schools this year will offer ‘Technovation clubs’ among their extra curricular activities.

Gayaza High School under the leadership of Mr. Ddungu Ronald, a Technovation Master Educator and the Deputy Head Teacher was among the first schools to get on board and actively embrace this educative initiative in Uganda in 2014 and has since formed 2 teams that have successfully made it to the Finals in San Francisco, USA over the subsequent years.

On Sunday, November 27th 2016, Gayaza High school beat all odds as the first school to launch its students Technovation club. Amidst the heavy rain downpour that day, the girls remained in high spirits and were eager to start the day’s activities. Over 80 students gathered in the main Library at 10:30 am EAT just after their Sunday prayers and these were joined by a team from ResilientAfrica Network (RAN) and Women in Technology Uganda (WITU) shortly after. The proceedings kicked off with a prayer to guide the day’s activities. Mr. Ddungu then took a moment to welcome everyone to the event and thanked his fellow teachers at the school and those from other schools and the trainers from WITU and RAN who were present to support the event. He requested the students to pay attention to the trainers who had taken off time to support the initiation of the club in the school, as Gayaza would be the benchmark for the other schools in the country since it was the first school to set up the Technovation Club in Uganda.

The Technovation Regional Ambassador and RAN’s Director Innovation Eng. Dr. Dorothy Okello delivered the key note address. In her speech, she emphasized the role of females in a gender biased country and continent. She encouraged the girls not to shy away from opportunities and disregard them for the boys and further added that they should seize this opportunity from as early as their 3rd term holidays. Dr. Okello also expanded on the role of the ResilientAfrica Network (RAN) as an organizer of the Technovation challenge in Uganda and especially recognized Ms. Sheila Agaba and Mr. Ddungu Ronald who are also Master educators of the project. “RAN is responsible for getting different schools on board for this challenge,” she shared. “The RAN team then trains teachers/coaches who take the program to their schools and have it fully embedded in the school program,” she added.

Women in Technology (WITU) represented by Ms. Elizabeth Ahabwe also addressed the audience and stressed the importance of female programs in schools but most importantly after school. She shared about some of the programs offered at WITU for girls of all ages, particularly for those in their Primary 7, Senior 4 and Senior 6 vacation. “It is so fulfilling to learn new skills while in the school break,” she shared. The Director of WITU, Ms. Barbara Birungi was also in attendance and worked with the girls’ teams in getting done the day’s activities.

The trainers for the day; Mr. Ddungu Ronald, Ms. Sheila Agaba and Ms. Grace Nakibaala took the group of eager girls through different parts of the program. Sheila started off with the technicalities of the Technovation challenge stating why the girls should join the program, the time required to carry out the program and what they needed to get through to the global finals in August 2017. Ms. Nakibala then walked the girls through a brainstorming session, where the groups discussed some of the problems affecting girls in their communities. Emphasis was placed on the Sustainable Development Goals (SDGs), the theme for this year’s Technovation challenge. The students found this activity rather intriguing as they were introduced to a new way of thinking and challenging themselves. They also welcomed the idea of thinking and working in groups to get things done. Prototyping with paper followed this session, as the girls thought of tangible mobile based solutions to these challenges and drew their ideas on paper. The event was wrapped up with an introduction to App inventor, which was delivered by Sheila, who also gave a hands-on, practical guide to building mobile Applications. Though intense, this session was well administered and the girls were indeed geared up and ready for the beginning of the program. With that, the girls promised to work hard during the holiday to build on the skills they had acquired. They were tasked to form teams of 3-5 to be able to compete globally.

In his closing remarks, Mr. Ddungu shared about how Technology should be more than an extra curricular activity in schools and should become part of their everyday routine at school. He concluded by giving the girls another assignment to come up with different ways of how Technology can contribute to the Education sector. He requested them to record a short video of themselves showing how they would like their subjects to be taught in light of the Technovation challenge to further share what they had learned. This video would be submitted during the holidays and reviewed by the teachers before the start of the 1st term in 2017.

In appreciation of the time invested by the trainers and guest speakers, the girls sung a song of blessing to bid the team farewell.

‘Innovating with, by and for the girl child’ 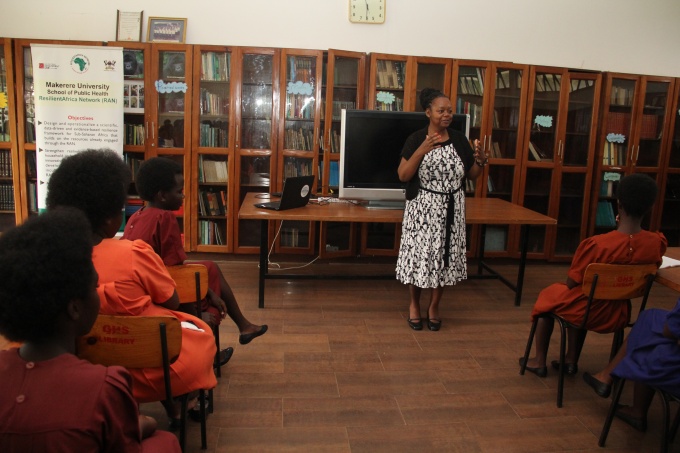 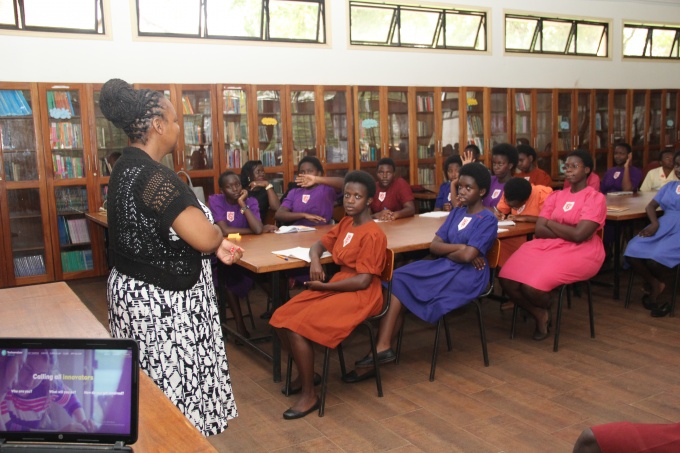 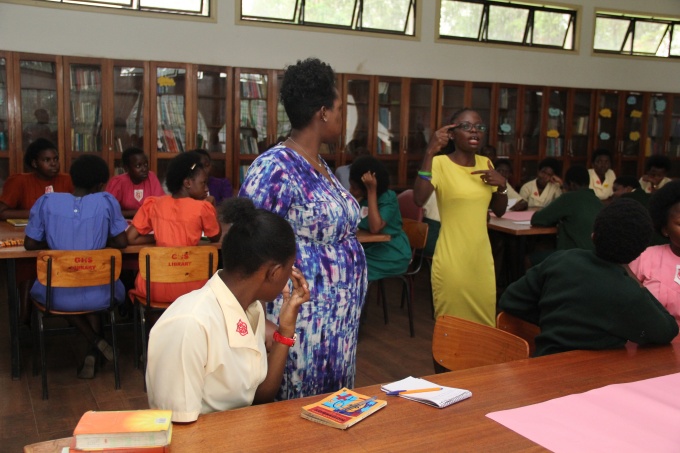 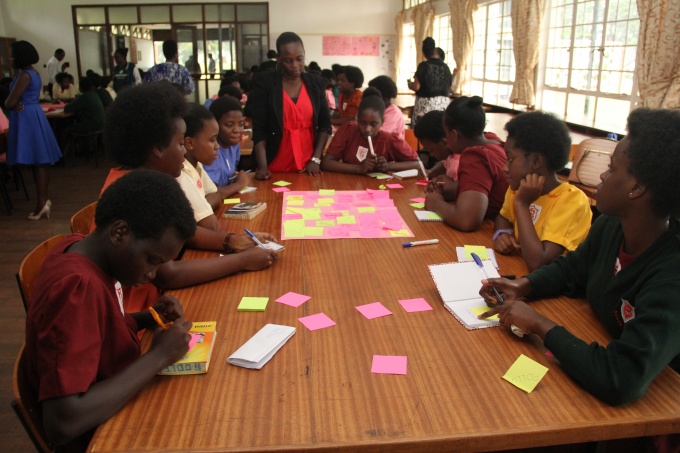 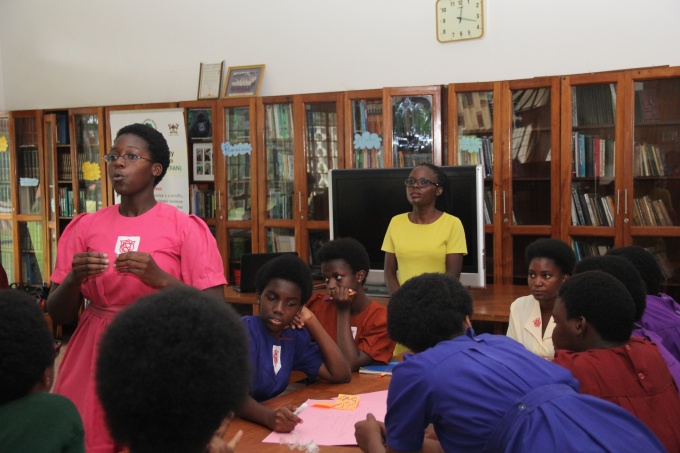 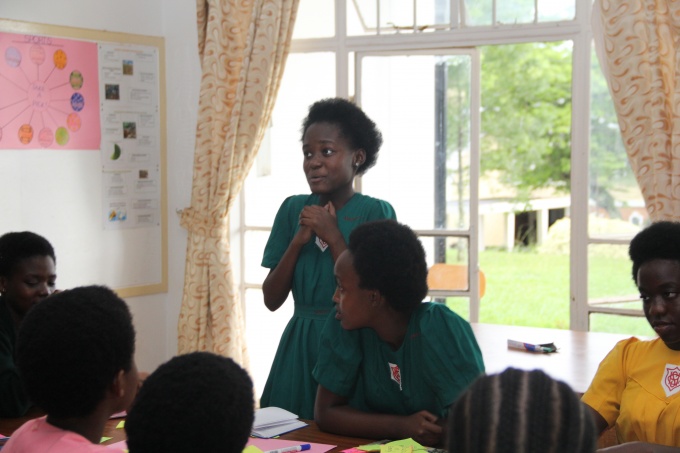 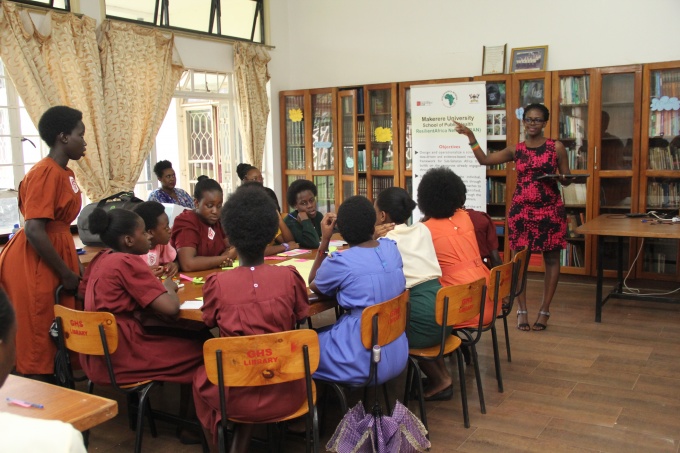 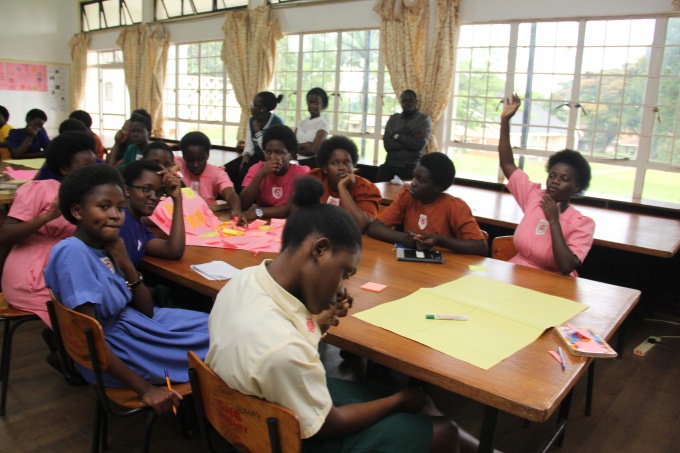 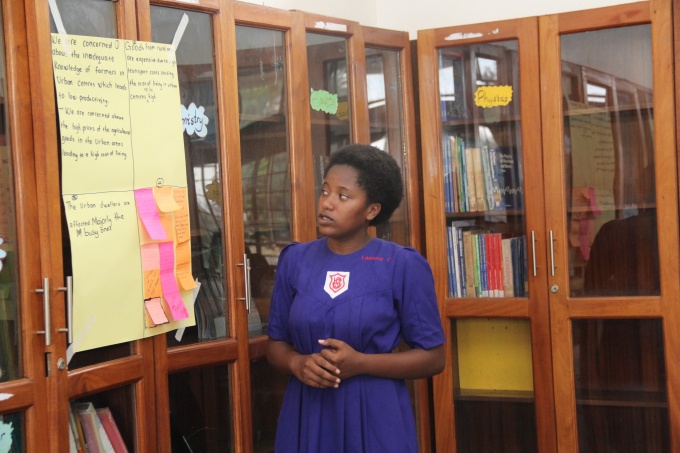 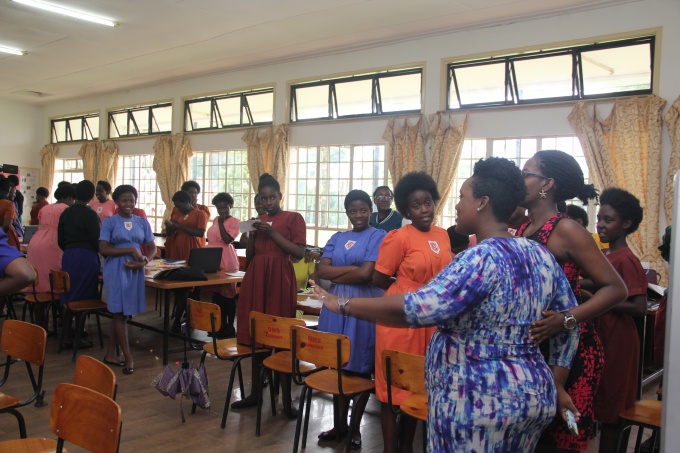 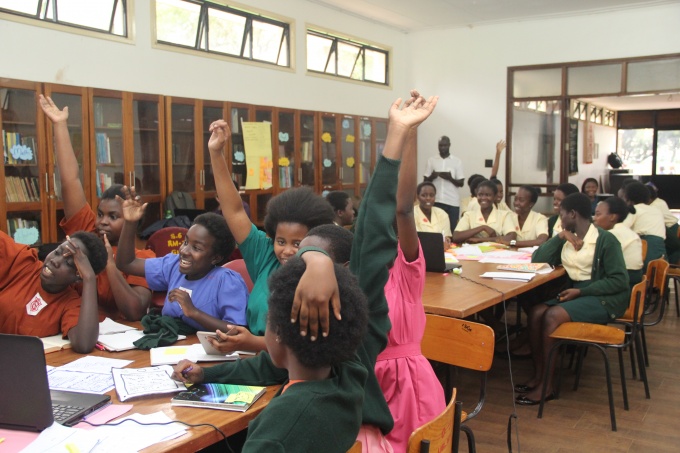 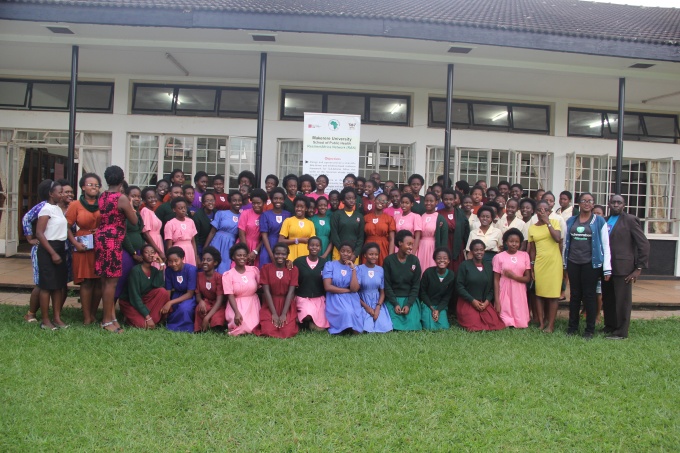 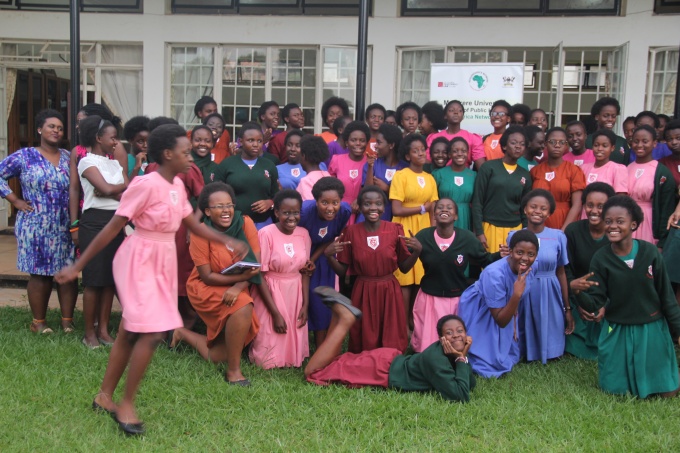