The Need: Malaria is an enormous public health challenge worldwide, hitting the lowest income countries hardest. It is endemic in 130 countries of the world, and is responsible for an estimated 300-600 million cases and 1-2 million deaths per year. The diagnosis of malaria remains a major challenge in low income countries. All available screening tests require a blood sample, meaning that they are invasive and expensive. Microscopy (which is the gold-standard accurate for malaria diagnosis) requires availability of laboratories with reasonably high resolution microscopes and highly skilled laboratory staff. These are a rare in health facilities closest to the communities in low income countries. Rapid diagnostic tests on the other hand are expensive, and also require a blood sample. Tests that require blood samples use up a lot of sundries including lancets, cotton swabs, blood slides, laboratory stains which are associated with costs. In general, lack of low cost diagnostics for malaria results in late diagnosis of the disease in many low income communities contributing to high morbidity and mortality from severe forms of malaria, and over-treatment of malaria where syndromic management is used due to lack of point-of-care diagnostics contributing to wastage of money on treatment of non-malarial illness.

The Innovation: Matibabu is a pocket-sized hardware device that uses a beam of red-light to detect malaria parasites in tissues. The technology is simple to use, non-invasive, low cost and does not require blood drawing devices making it viable in primary care settings in hard-to-reach areas where the microscope is not accessible in many such contexts. 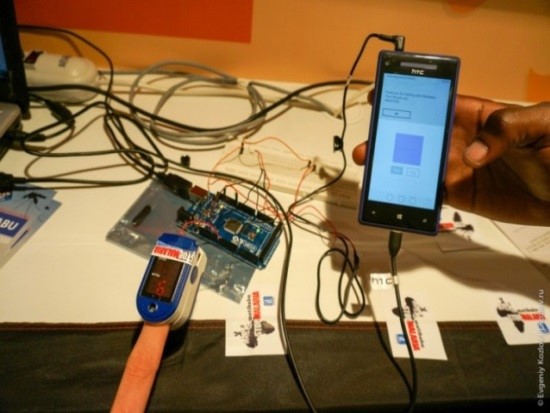