Home / My role as an Innovator during the @16DaysofActivism

My role as an Innovator during the @16DaysofActivism

As it has always been, ResilientAfrica Network (RAN) always nominates its innovators to represent them in several exhibitions, and the Makerere University Gender Based Violence (GBV) & Dialogue event was no different. Two Innovations; SafeBangle and Centres4Her, were selected to represent RAN in this event. This was an event organized by Makerere University Gender Mainstreaming Directorate in partnership with Communication for Development Foundation Uganda (CDFU) funded by UN WOMEN on 29th and 30th November at Makerere University Freedom Square. The event was organized as part of the @16Daysof Activism campaign to Ending Violence Against Women and Girls.

On receiving an email from Mrs. Deborah Naatujuna Nkwanga. RAN Engagement Manager, communicating an opportunity for SafeBangle to exhibit in the Makerere University GBV & Dialogue, I immediately mobilized my team in preparation to physically engage during this event. However, this time round it was different for me as I was not only an exhibitor, but the head of RAN delegation. Initially I did not realize how unique it was until the hour when the event began. At exactly 7:45AM on the 29th day of November 2018, my team was at Makerere University freedom square ready for the exhibition. Space was allocated to us, banners raised and prototypes set for showcasing. No sooner had I finished preparations than Eric Tumwesigye; the event Chief Organizer from Makerere University Gender Mainstreaming Directorate arrived on our exhibition table. ‘Hello RAN team. Who is Ambrose Kamya? As everyone turned their eyes to me, I answered, ‘It is me’. He then told me how I had to prepare and give a brief speech on behalf of RAN. This was something I always dreamed of but never imagined to happen in such a situation where I was just an Innovator, not even a volunteer or an employee of RAN but had to represent the organization in such a high profile event. In the audience, were UN WOMEN officials, Makerere University Vice Chancellor, Makerere University staff and students, Dr Sylvia Tamale, prominent GBV prevention and response NGOs like Raising Voices, SafePal, CDFU, FIDA, TASO, Kyambogo and Kampala International students leaders. This is how high profile the audience was. However, not matter how low profile I felt as per the audience, I gained confidence after remembering how much RAN believes in me. I immediately gathered confidence and used the presentation skills I have learnt from RAN to move up the podium.

On grabbing the microphone, I immediately remembered that I was not Ambrose the team lead of SafeBangle, but a representative of RAN. You cannot imagine what happened in that 1 minute of speech. By the end of the speech, you could clearly hear a pin dropping with everyone attentive. From then, all organizations and individuals were frequenting our table, requesting for appointments and business cards as well asking me how I became part of such a big organization like RAN. This publicity of RAN and SafeBangle set a tone for the next day of the event. SafeBangle was at the centre stage of everything including the Dialogue where some students where calling for quick supply of the bangles as soon as possible in order to end violence against women and girls.

During the Dialogue, the situation of sexual violence against girls in institutions of higher learning was discussed. The student’s main concern was that lecturers have supremacy on marks which gives them an opportunity to exploit female students sexually. They therefore, requested the University to work on it. However, on behalf of the University, Prof Buyinza stated their commitment in promoting the #HearMeToo campaign as well as working with UN WOMEN in implementing an anti-Sexual Harrament policy. During the Dialogue, I was selected to be among the 8 students that submitted their thoughts about GBV in institutions of higher learning. Live on NTV and NBS media houses. I reminded the world on the more than 3 women that are raped everyday thus needing immediate action, further reminded them of how SafeBangle has already taken action by developing a technology that eases private reporting for any potential survivor of this violence. Yes, I might not have been an Executive Director of UN WOMEN or Chief of Party of RAN, but I will always stand to be counted as part of those that played a part in the #16DaysofActicism in a fight to end violence against women and girls. Thank you RAN for the opportunity and BIG UP my SafeBangle team. 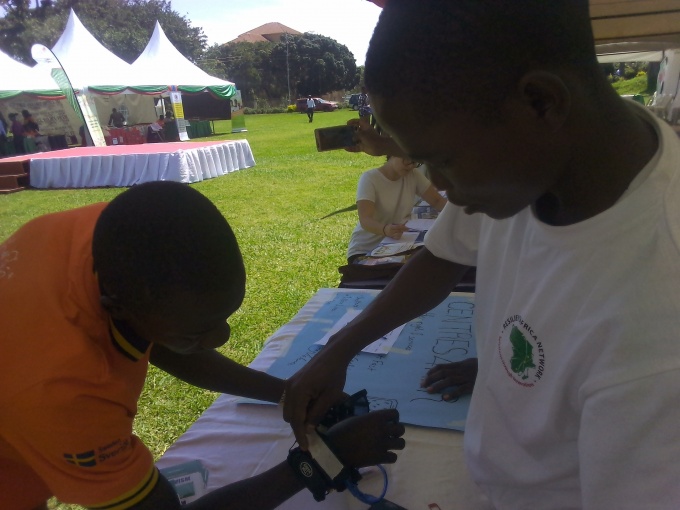 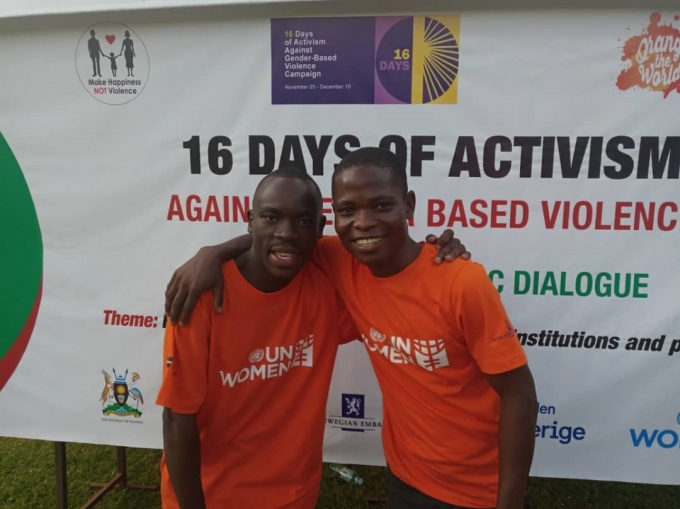