The first edition of the RAN Innovation Fireplace kicked off on the evening of Friday, May 3rd 2019. The Innovation Fireplace in real sense had participants sit around fire to chat and learn from Ugandan entrepreneurs and was guided by the theme: “In-building Scale from the on-set”. These events are a platform that RAN is providing to the ecosystem of innovators and entrepreneurs to engage and discuss critical topics that are pertinent to their ventures.

The Innovation Fireplace which was well moderated by the NTV’s news anchor Mr Walter Mwesigye provided an opportunity for attendees to connect, share and listen from successful African entrepreneurs who against all odds have piloted and launched their ventures in Uganda. 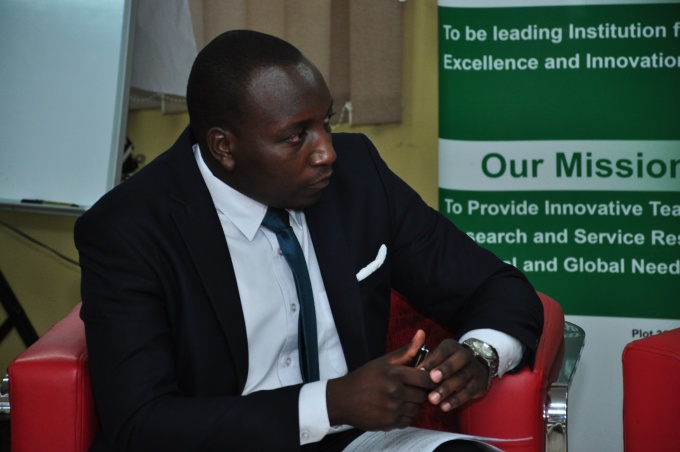 We had the opportunity to engage with Mr. Ricky Rapa one of the Co-founders and director of SafeBoda. Ricky shared his amazing story on how he came to Kampala as a security Guard and later joined Bodaboda Business. He is a former Bodaboda rider and witnessed more than his share of accidents during his time, the worst being the loss of a good friend in late 2013. This made him start to seriously think about the venture. He then met Max and Alastair with whom they started the SafeBoda company. They then added a mobile app to revolutionize the industry, improve customer experience and also make money. This is when the SafeBoda idea was born in 2014 and it was named so because safety was and still is at the heart of the company. The company has since leveraged seed funding to scale up operations. Ricky’s background and low level of education and a graduate of UPE has not hindered him from excelling in this business. 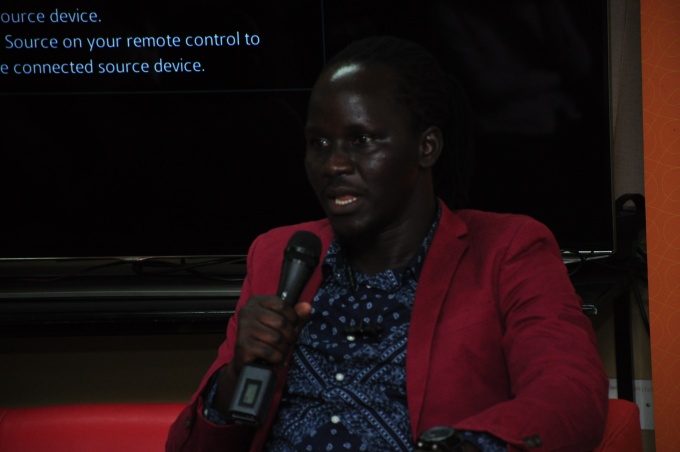 Phillipa Makobore also shared her journey of conceptualizing, designing, developing and piloting a health device in Uganda; Phillipa who is also currently serving as the Head of Instrumentation at Uganda Industrial research Institute (UIRI) designed an Electronically Controlled Gravity Feed Infusion Set (ECGF). Her invention is aimed at raising the quality of healthcare provision in Africa. It is designed to accurately administer intravenous (IV) fluids and drugs by controlling the rate of fluid flow based on feedback from a drop sensor. It is easy to operate and has key safety features, which include alarms for rate of infusion (rapid or slow), total volume and faulty sensors. Over 10% of children admitted to East African hospitals need immediate infusion therapy. Erroneous delivery rates can result into serious adverse effects. The devise is powered by a battery utilizing a hybrid of AC mains and solar charging bed. Phillipa helped innovators especially those innovating in the health sector to understand and know the critical steps they need to take, standards they adhere to, how to seek approval for clinical trials and get certification from relevant authorities. She mentioned that in their case even if the device was meant for children they had to first do some tests on adults which is a peculiar case from if you are developing a mobile application. 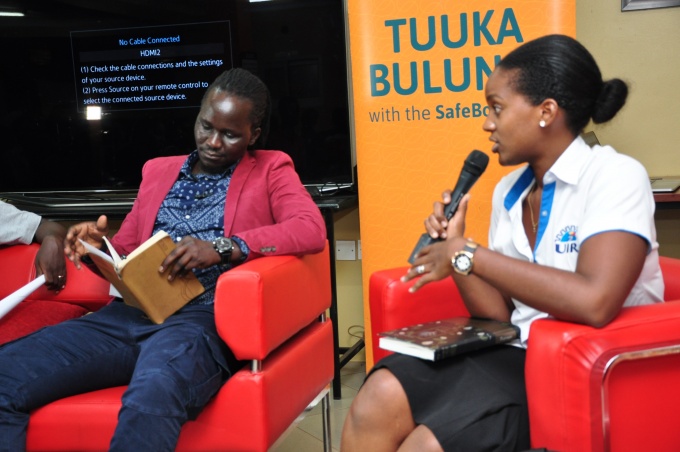 Mr Allan Rwakatungu the co-founder of Xente app, a Uganda based payments, financial services, and eCommerce company also shared his experience in developing and scaling up a fintech solution.  He mentioned that the fintech sector is one of, if not the most, competitive segment of the technology industry which implies that for a fintech startup to survive, it has to be aggressive and agile, build a strong brand so that it stands out to be really innovative and offers what others will not be able to easily replicate. Xente app recently announced the launch of a new service that now enables moviegoers and bus travelers to book and purchase tickets with ease. 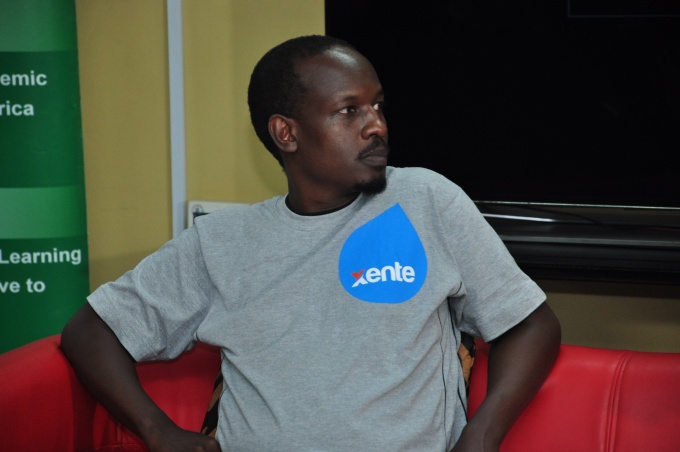 “The company is well positioned to bring Africa into the digital economy so that businesses can transact easily and safely with each other at any time from anywhere in the world.”; he added

Customers can pay for the tickets on Xente using Mobile Money, Visa, Mastercard and the Xente Wallet. They can also use Xente’s Pay Later service to access tickets immediately and pay at a later date. Aside from its continental ambitions, Xente has also been expanding the scope of services it offers on the Xente app. The Xente app can now only be accessed from the Google Play Store. The most recent addition to the Xente app is the lending service, where you can buy items or make any other online financial transaction and pay the company later.

The Fireplace deliberations largely answered the big question; ‘As an early-stage innovation goes through the phases of design, failure, and iteration: When is it the right moment to think about scaling?’

The speakers emphasized the need to work with and to build a strong team. It is important to have a full grasp and knowledge of the industry you are operating in; this will facilitate scale up of your venture; Allan said.

Work to get the early adopters, go main stream and dominate the market as you position your venture for scale. This engagement was yet another knowledge generation and sharing opportunity engaging multidisciplinary entrepreneurs, innovators, academics, technology enthusiasts, representatives from the public and private sector. Discussions were rich and insightful; ‘it is critical to build the potential of scale into your model from the inception phase and it is also crucial to understand that successful ventures rely on an army of experts, advisors, critical team members and outside partners, without whom scaling would never be possible.

‘This was a very informative and inspiring opportunity for all of us innovators, creative thinkers, experts and the community at large to engage with experts sharing experiences on how to develop and build robust businesses’ shared Jude Odele, a participant and Social Media Enthusiast. 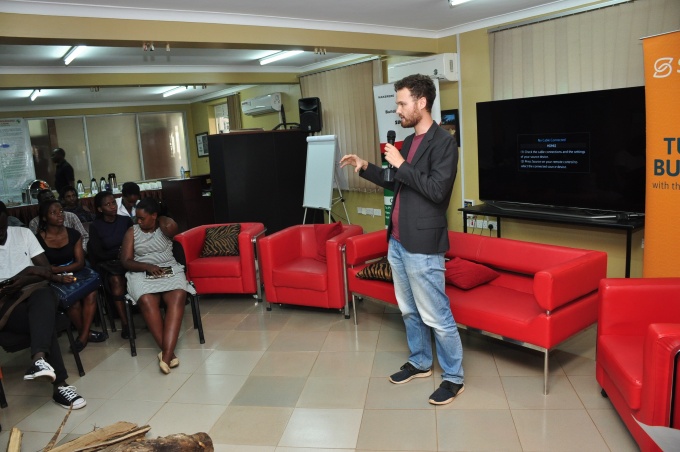 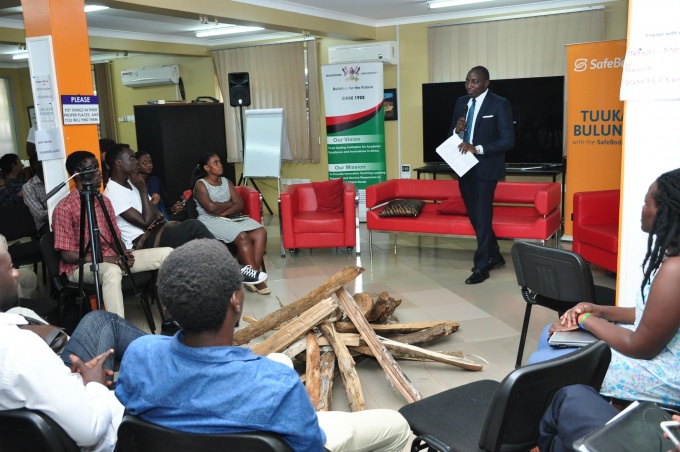