Harnessing the fruits of collaboration, following her appointment as a Regional Africa Code Week Ambassador and support in implementing the activities of the 2016 Africa Code Week, Natasha Kassami, RAN’s Engagement Officer was invited to represent the ResilientAfrica Network (RAN)- RAN4Gals program at the eskills4girls Meetup in Kigali, Rwanda. The meetup, which took place on Tuesday May 9th, 2017, was a pre-event to the Transform Africa Summit and was part of the broader initiative #eSkills4Girls, which was launched by the German Federal Ministry for Economic Cooperation and Development (BMZ) in the framework of Germany’s G20 presidency 2017. It was organized in collaboration with the SAP Africa Code Week team and UNESCO Youth Mobile.

The meetup in Kigali was attended by 49 participants representing 26 African countries, as well as organisations like the GIZ, BMZ, UNESCO, SAP and Google Nigeria. The participants represented different organisations working to promote digital skills for girls in Africa. Birgit Frank- a Senior Policy Officer of the Division “Education and Digital World” in the BMZ (one of the organisers of the workshop) gave opening remarks. She stated ‘the timeliness of the meetup’, mentioning the ongoing G20 summit in Germany (at the time of the Meetup) where member states would adopt the declaration for eskills4girls. ‘250 million fewer women are online today,” Ms. Frank shared. “This is the result of cultural barriers, stereotypes, limited access to devices and education of girls. You are our ambassadors for eskills4girls to bridge the digital gender divide,” she mentioned while highlighting the objective of the meetup, which was to bring people and organisations working on promoting eskills in girls to:

Other organizers present like the UNESCO and SAP which were represented by Davide Storti, Lead coordinator of UNESCO’s Youth- Mobile Initiative and Claire Gillissen-Duval, Director of EMEA Corporate Social Responsibility at SAP also welcomed the participants and expressed their excitement to hear more about the different eskills4girls projects.

The welcome remarks were followed by a breakout session, where participants split into two groups and heard from a selected group of projects. Among the presenters selected for this session was Natasha Kassami who shared the achievements, challenges and lessons learned from the RAN4Gals program. The RAN4Gals initiative, which is hosted under the Makerere School of Public Health- ResilientAfrica Network (RAN) aims to build the innovation eco-system through working with students (Girls) from a younger age and to encourage female participation in developing resilience innovations. Natasha elaborated on the Technovation Program in Uganda, whose activities are coordinated and organised by the Eastern Africa Resilience Innovation Lab (EA RILab) under the RAN4Gals initiative. “Technovation- an annual global 12-week technology entrepreneurship program, has been organised by the EA RILab for the past two years under the guidance of the RAN Director of Innovations and Technovation Country Ambassador- Dr. Eng. Dorothy Okello and has since been introduced in 13 districts in 4 regions of the country,” she shared. She also highlighted that 2 of the 4 regions (i.e. the Northern and Central regions) where the Technovation programme has been introduced, have taken ownership of the program and currently host their own regional pitching events.

Among the other projects that presented were:

Attendees were given several opportunities to network during the lunch, dinner and tea breaks and were also given the chance to attend two of the five capacity building workshops. The workshops included:

While in Kigali, Natasha was also one of the 15 participants of the eSkills4Girls Africa Meetup who were invited to featurein a video interview on the Career Girls platform. Careergirls.org partnered with the Africa code week team to profile women and programs in Africa that empower girls to reach their full potential through access to inspiring career role models and supportive girl-centric curriculums. During her interview on Thursday 11th May, 2017, Natasha talked about her goals and ambitions, the ResilientAfrica Network, its RAN4Gals program and what it takes to become a social entrepreneur, among other topics.

“This trip also offered an amazing platform for RAN to showcase the work it has been doing in ‘innovating with and for the girl child’ and to learn from other organisations represented at the Meetup,” Natasha shared on her return to Uganda. We look forward to the partnerships that will be forged as a result of engagement. 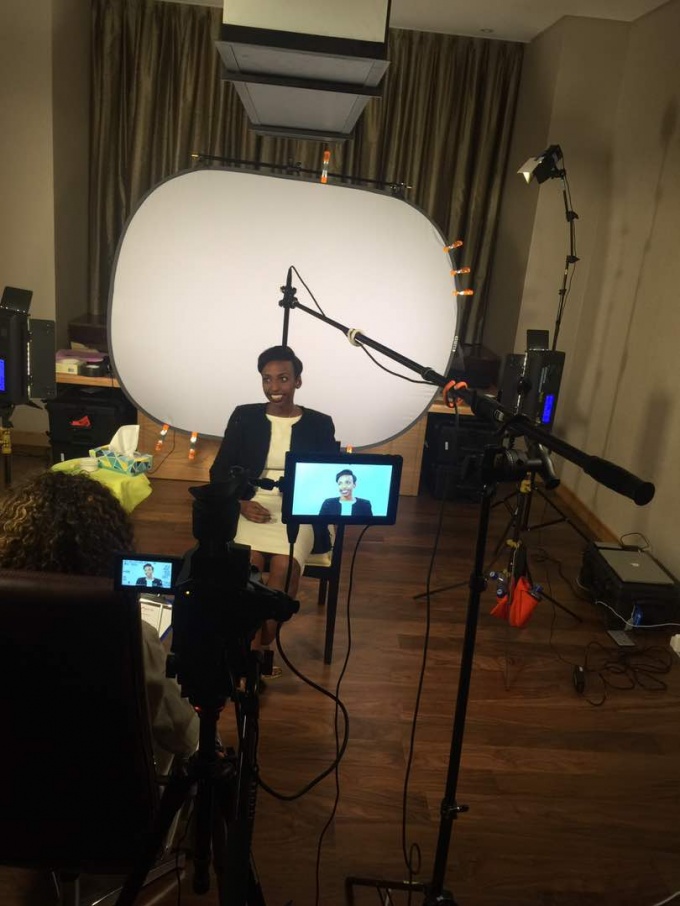