This year’s challenge focused mainly on Pitching of submitted Innovations started with introductions of the schools, Institutions, Universities, other stakeholders as well as the RAN team members present. The parents, teachers, coaches and the judges were also recognized and applauded for their willingness to support the working teams and share knowledge among others.

With great excitement the challenge sparked off as the pitches started in style with; The Health Aid team from Bweranyangi Girls S.S.S as they boldly pitched their E-health App. It was followed by 9 more energetic presentations before everyone broke off a break. 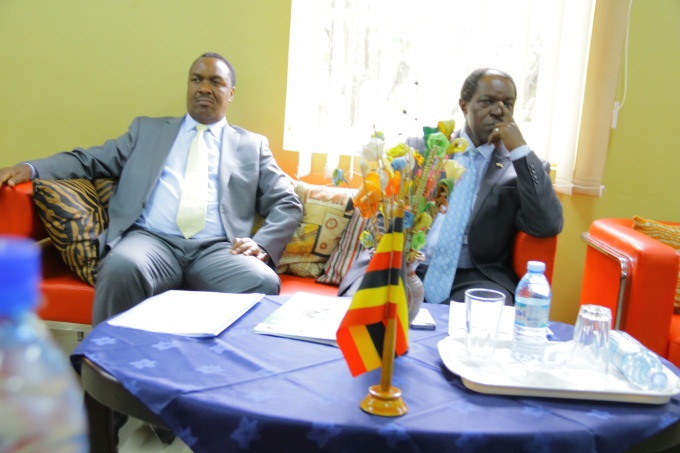 In the Interim, two teams, Swagg Team from Gulu High School working on the Ambulance Application and Team Megatons, Mater-Aid had the opportunity to pitch to the Honorable Minister. The Minister appreciated efforts by the young innovators  and noted that they are the future Ugandans who have broken the status quo. He was surprised at how much the Innovation culture is being embraced and implemented by the young population while Ugandan graduates continue seeking for jobs after University education. Hon. Elioda praised RAN for the role it is playing in the Innovation eco-system as he emphasized the ministry’s  readiness and willingness to support the innovators in partnership with RAN. That through such collaborations, all would be in position to utilize the already existing frameworks, structures and methodologies instead of reinventing the wheel. He continued to thank Makerere University through the School of Public Health for making Uganda shine.

He said, “Powerful men and Women are always humble”. That humble people are the ones who make it in life”.  The Minister also encouraged the girls to stay alive and stay away from things that kill especially those related to sexual intercourse. He encouraged the girls to remain competent and always read and live according to the Bible. 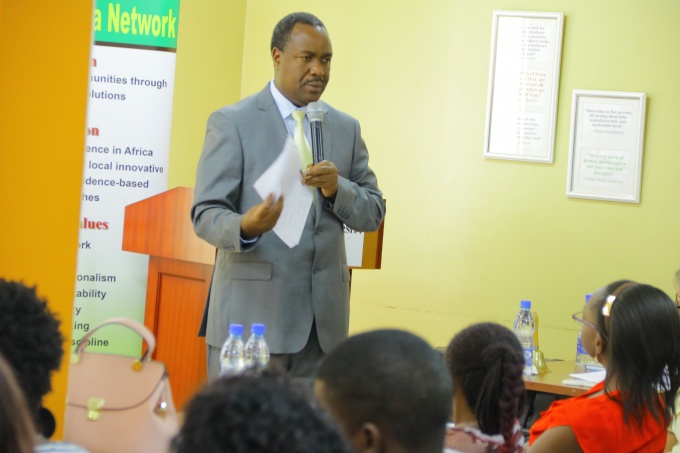 Thereafter, 5 more presentations and pitches were unveiled from the High School category

Presentations from Universities followed beginning with; MUST addressing Kidney failure. This was followed by 3 more university teams.

Patience Ankunda, a former participant of the Technovation challenge who is also benefiting from an opportunity to attend the Global Challenge this year in San Francisco encouraged the young girls to enjoy what they do. She said, “Do not listen to the people who tell you that you cannot do it because you are a girl, instead tell yourself that I can do it because I am a girl”. She concluded noting that it is not about who wins but it is about the journey you go through to win.

On the other hand, the Washington Technovation Regional Ambassador and World Bank specialist, Ms. Luda Bujoreanu encouraged participants to always embrace the ideas relating to creating solutions through innovations to address communities most pressing challenges and that the Technovation Challenge has been one of the platforms that must be recognized for encouraging girls to do this. As one of the Judges, the informed pitches from the different participants overwhelmed Luda. She mentioned that she fed on the energy, excitement and efforts of the students. She enjoyed the student pitches and hinted on how difficult it was to decide the winning team for the competition

Mbabazi Victoria a representative of the judges who has also been participating in the Technovation Challenge for 3 consecutive years, happily noted that the Technovation Challenge is improving and growing bigger. She however mentioned that it was  a marathon through the two days, giving relatively little time to the students to perfect their pitches.  She appreciated the teams and in her own words said, “You have run your race, now it is time to find out who the ‘fat lady’ was”.

She highlighted that criteria which guided the judging process was a fair one and covered all areas including the problem being addressed, the intervention suggested and its practicability in implementation and not forgetting the business plan.

“You sell your idea to the last breath and do it with all the passion and energy” she added. Victoria encouraged them more not to lose their vision emphasizing “Do not lose your dream”.

The most awaited moment of announcing and handing over of prizes to the participants as well as winners presided over by Prof. William Bazeyo and Eng. Dr. Dorothy Okello finally commenced at about 1:00 pm EAT.

Prof. Bazeyo who was equally excited about how the event had progressed thanked the judges for sparing their time and effort in guiding the students. He noted that he was convinced that the Technovation Challenge has potential to expand and improve innovations in the communities. He pledged to support the challenge even further next year.

The university winners were the first to be announced starting with the third place, 1st runner up and finally the winners. And they were entitled to get the following;

Prof. Bazeyo clearly emphasized that the overall winner of the challenge was from a Secondary School not a University. According to the judges Secondary Schools seemed to have put in more effort into the competition. They were entitled to the following prizes;

However, while giving out the prizes to the winners, Dr. Dorothy noted that all the Secondary Schools had actively participated in the event but there were specific individuals across the two days who stood out. Four girls were selected and specially awarded, they included;

Prof. Bazeyo closed the two days event by informing all the participants that they were entitled to go home with a certificate. He congratulated everyone and encouraged them to work harder in order to even do better. He thanked everyone more for actively participating in the different event sessions, for the time set aside for this event, rich brains and promised that RAN will continue to nature, mentor, support and offer SEED funding where possible in order for the students and all to realize their dreams and move beyond what they want to be.

Sheila Agaba, the RAN4Gals Coordinator and Leader of the event concluded by saying that the Technovation Challenge does not only end at the excitement and receipt of gifts, but there was more than that. She elaborated that there will be a post Technovation program especially for the University Students, and those in vacation where those who will manage to participate will receive mentorship and also get to sell their applications as businesses through RAN.

“Building for and with the Girl Child” 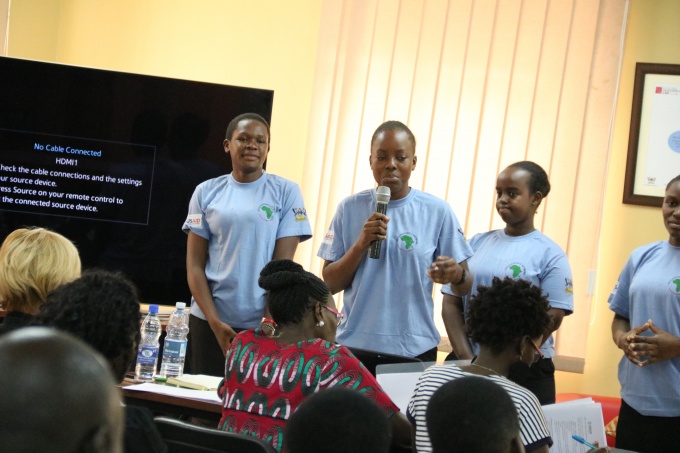 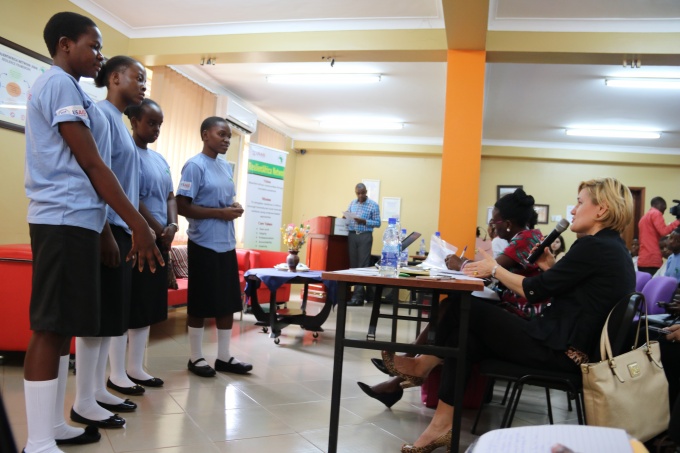 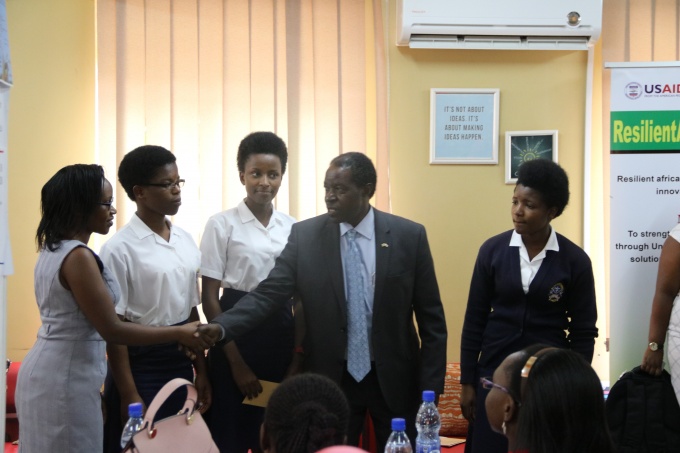 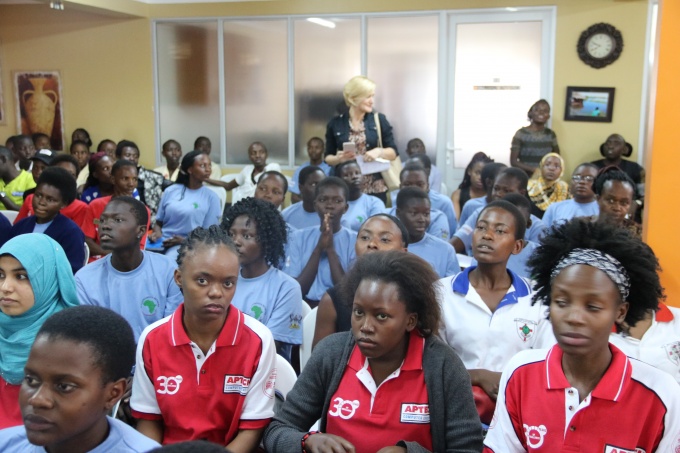 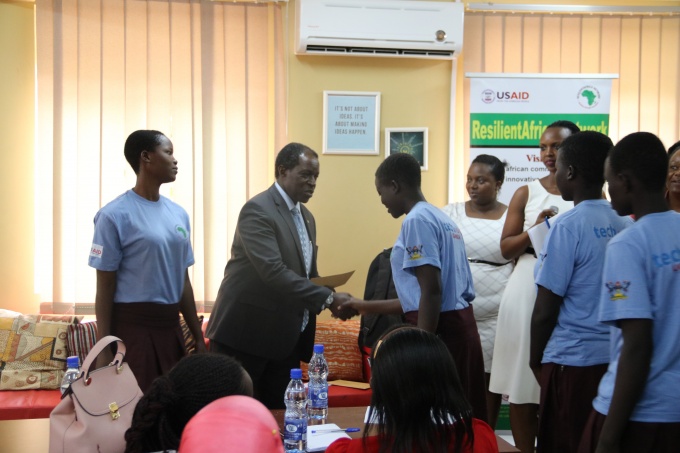 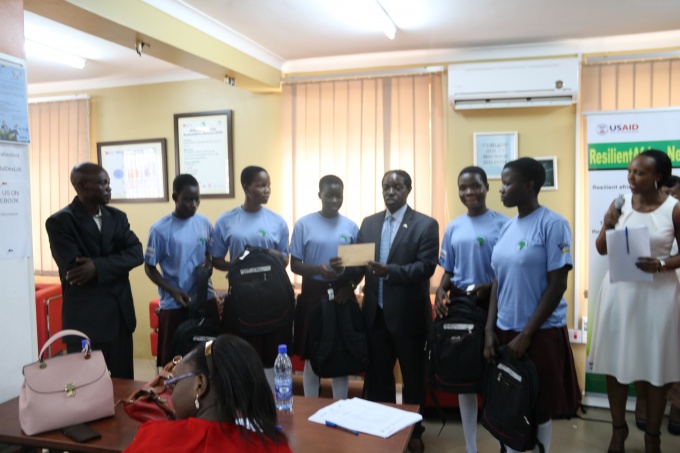