During their internship at the ResilientAfrica Network (RAN) and while in their third year at Makerere University, Jim Katunguka and Kenneth Nuwagaba attended Design Thinking trainings and gained experience in training young innovators in the Innovation process. Their enthusiasm, dedication and good work ethics as interns did not go unnoticed by the RAN team. That is why when the opportunity arose to identify two young trainers that would collaborate with the Massachusetts Institute of Technology Development Lab (MIT-D-Lab) students in delivering trainings to over 60 children aged 12-17 in Soroti, their names were the first to come to mind.  The camp ran for two weeks from the 16 – 28th January 2017 and was hosted by TEWID Uganda, an NGO working to lift women’s livelihoods through empowerment and entrepreneurship, in partnership with US Global Development-Lab hosted at MIT and Makerere University School of Public Health ResilientAfrica Network (RAN). We caught up with Jim and Kenneth at the end of the two-week long workshop to hear more about their experience.

“My colleague Jim Katunguka and I were first introduced to the team from D-Lab during a meeting at the RAN Innovation Lab located on Plot 30, Upper Kololo Terrace, a week prior to the camp,” Kenneth shared. “The team led by Nai kalema, comprised of a group of students from MIT, namely: Lauren Bustamante, Joy lee, Maddie Hass, Drew Beller, Rachel Gallowich and Tim Manganello. While at RAN, we had a brief discussion about the camp activities, scope, schedule, expectations and experience in design workshops, which we had been exposed to earlier during our internship at RAN,” he narrated. “The meeting was an interesting one coupled with rich knowledge generation and sharing,” Jim supplemented. “We also shared experiences of the innovation journey we are currently on and realised how similar our journeys had been up to this point.”

After an 8-hour journey long with many stops and a few hiccups on Friday 12th January, 2017, the duo finally reached their destination in Eastern Uganda. “For both of us, it was the first time traveling to Soroti so the journey was also an adventure,” Kenneth said with a smile. They caught up with the rest of the team who had already made it to Soroti, before heading to the Missionary House for a well-deserved goodnight rest. In describing how well they got on with the MIT group, Kenneth shared “It felt like we had all known each other and been friends for a long time.”

“Our first big morning in Soroti started with a 15-minute trek to Betty Ikalany’s house- the CEO of TEWID. There, we were served breakfast before a meeting with the rest of the mentors and volunteers also available to help out with the camp,” Kenneth reported. “During this meeting, we each introduced ourselves and got to know each other better in preparation for the next couple of weeks,” one shared. The group also heard from the mentors their past experiences at this summit, shared about their expectations for the 2017 workshops and learnt more about their individual roles in the camp. “We retired for the evening early that day, ahead of a community visit to Serere district the next morning.”

The next day at Serere, the duo met many welcoming and friendly people in the area and engaged them in a discussion on the issues in their community ranging from economic, political, social issues and their cultural values. “Many of the community members highlighted that the biggest challenge they had been facing over the past year was drought (long dry spell) that resulted in the drying up of their crops,” Jim shared. “And to be fair, it was the driest place I had ever seen,” Kenneth added. The day in Serere was concluded with the taking of a group picture to mark the group’s first weekend in Eastern Uganda.

With everyone in high spirits, the group arose early on Monday morning for day one of the workshop. The number of participants at the camp shot beyond what was expected and the group had to limit attendance to those who had registered prior to the camp due to the limited available resources. The week’s activities comprised of lectures on the different concepts applied during the innovation process. Some of the sessions conducted included; a lecture on ‘The Design Spiral’, sessions on different topics in Biology, Chemistry, Electronics and Physics and a lecture on ‘Brainstorming’. The material taught in each lecture was accompanied by a hands-on activity on the concepts taught to aid students’ learning. These practical sessions included but were not limited to a session on the use of a potato in a LED circuit, rocket design and launching, a session on acids and bases, a session with the Maka stove and one on prototyping. Jim and Kenneth supported the MIT team in delivering these thoroughly engaging sessions. All the lectures and activities in week one were meant to prepare the young innovators for their group projects during the second week. “We were excited and overwhelmed by the level of commitment and participation exhibited by the students in all these activities,” Jim commented. The long week also had some of the most memorable moments of the trip, as the group celebrated both Jim and Nai’s birthdays emphasizing the saying; ‘’Work without play makes Tom a dull boy’’. The celebrations were marked by the cutting of a cake, a traditional Teso dance and lots of laughter under the stars.

Over the second weekend, the team of facilitators took a trip to Gwere Village, where they met with a local innovator working hard to fight malaria. Mr.Ounyu Steven, a retired civil servant, told the group of how he plants, harvests and distils citronella grass to produce citronella oil. He further shared about his plans to use the oil to develop his own mosquito repellent body oil. “Many people thought he were mentally disturbed to grow grass that could not even be used for animal feeds,” Kenneth highlighted. “I learnt from this gentleman that you have to persist and believe in your idea before you can embark on the innovation journey,” he added. “One of the highlights of this visit for me was enjoying fresh mangoes and oranges from Mr.Ounyu’s orchard, as we discussed his innovation,” Jim added reminiscently.

The two-week long workshop culminated into a Parents’ Day exhibition. “Most parents were amazed at the capabilities, potential and commitment displayed by their children during the camp,” Kenneth shared. “All the groups worked tirelessly to complete their projects in time for the big exhibition.” The mentors received a lot of positive feedback from the parents and the community at large and they were thanked for the creativity exhibited in the different pieces of work they had helped young innovators accomplish. Participants were also awarded camp certificates of attendance. This took place prior to the group photo shoot session with Ms. Betty Ikalany.

Following the day’s celebrations, the D-Lab team hit the kitchen at night to prepare a celebratory dinner for the rest of the group. “My taste buds were already tingling in anticipation of the American dishes from the self-crowned Master Chefs,” Jim said jokingly. “We were quite impressed by their culinary skills,” Kenneth added. The group celebrated their final night in Soroti with a good meal, a lot more laughter and some more dancing, before embarking on the long drive back to Kampala on the morning of Sunday 29th January, 2017. We travelled through Sipi Falls another exciting escapade appreciating Uganda’s nature as the Pearl of Africa.

In Kampala, Jim, Kenneth and Harriet Adong (RAN Communications Manager) joined the MIT team for a debriefing session over lunch, this time prepared by the professional chefs at the Lawns Restaurant in Kololo, Kampala Uganda. In summarising the past events, the two gentlemen thanked RAN and the MIT D-Lab “for the golden opportunity to experience the most informative, educative, enjoyable and exciting innovation workshop ever.” In addition, the MIT students re-echoed their learning experiences sharing the excitement they had joining in the hands-on activities to develop solutions to address community challenges among others. The talent within the communities cannot be underestimated’’ added Nai Kalema.  The MIT team requested RAN to ensure continuous support to Betty Ikalany so that the projects developed during the just concluded bootcamp are further developed and launched in the market to address community challenges. ‘’How nice, if we returned to Uganda after a few weeks to launch one or two of the innovative projects we started with the teams in Eastern Uganda’’ shared Lee one of the MIT students. ‘’Let us all strive to keep this spirit of collaboration between the Higher Education Solutions Network (HESN) labs a live and active because through this, we can each achieve a lot’’ noted Harriet Adong while thanking the whole team for a job well done in Eastern Uganda. These solutions can actually be furthered developed and once they prove to work in Soroti, can be replicated elsewhere to address similar community challenges in another setting, she added. Thank you all for the good work, please keep it up! 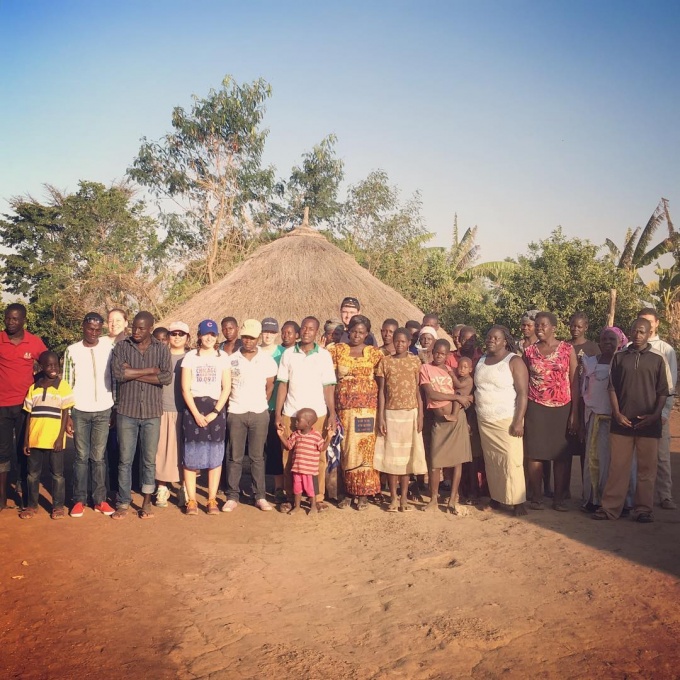 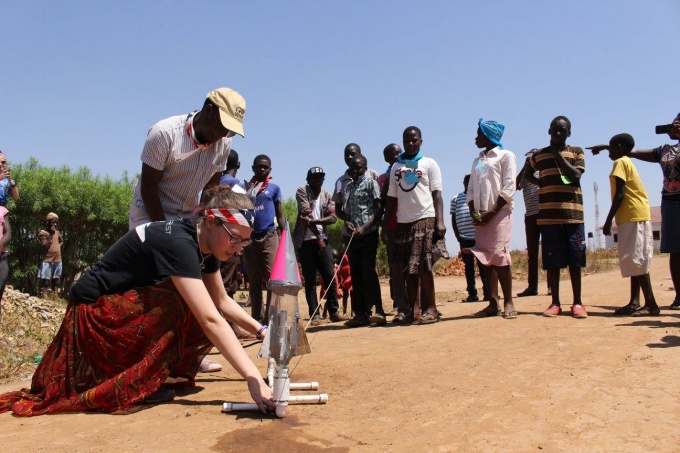 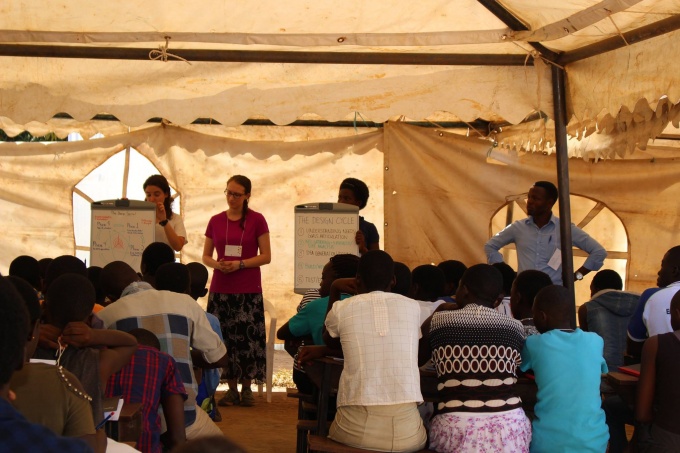 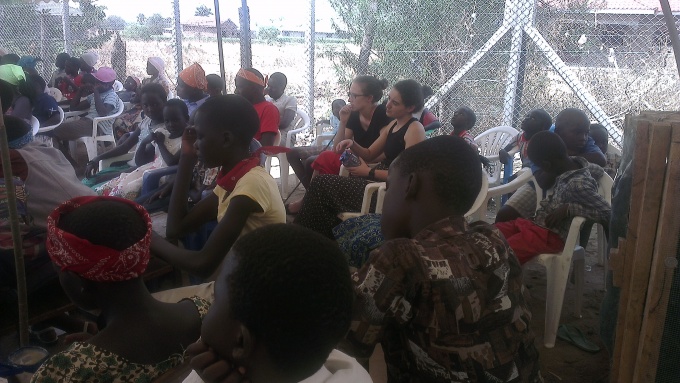