This year, following the launch on October 20, 2016, the ResilientAfrica Network (RAN) with the support of the Irish Embassy in Uganda, the International Africa Code Week (ACW) Steering Group and the other ACW partners in Uganda added “Code Week” to the list of activities to implement and look forward to in October in Uganda.

Africa Code Week is a continent-wide initiative aimed at promoting the participation of youth and children in technology. Over 200 mentors were trained in preparation for the week-long initiative (http://www.ranlab.org/africa-code-week-master-instructor-team-train-acw-trainers-in-uganda ) and 250 students participated in ACW workshops across seven primary and secondary schools in Kampala, Uganda. On October 28, 2016 all these preparations and activities culminated into a festive ACW day at Makerere University in Kampala Uganda.

The ACW day brought together 30 of the ACW trainers and 250 of the ACW students from the following schools: Nakivubu Blue Primary School, Nakasero Primary School, Kalinabiri Primary School, KCCA Primary School, Makerere Modern Secondary School, Kololo Senior Secondary School and Luzira Secondary School. The students, aged 7 to 14 had been introduced to the basics of coding on ‘Scratch’- an open source learning platform developed by the Massachusetts Institute of Technology (MIT) Media Lab to simplify the face of coding, at the ACW workshops that took place at the various schools. Primary and secondary school students were split between the Makerere University, College of Engineering, Design, Art & Technology (CEDAT) and College of Computing and Information Sciences (CoCIS) computer labs and scheduled to attend one final workshop in the morning/afternoon that would test the skills they had acquired in the weeks leading to the event.  Primary level students were tasked with the challenge of recreating a birthday party animation while Secondary level students were challenged with recreating a Video game. Among the students that stood out that day was Rashid, a Senior 2 student from Makerere Modern, who managed to successfully recreate the Video game in less than an hour.

During the afternoon, all the students engaged in the morning and afternoon sessions congregated in the CEDAT conference hall for a knowledge sharing and cake cutting ceremony. The session was led by the comical duo- Paul Seyuuko and Frank Ssembakula, who were ACW trainers and are also students at CEDAT. This opportunity also offered the schools a chance to compete with each other before meeting the Deputy Principal of the College- Dr. Venny Nakazibwe and the Guest of Honor- The Irish Ambassador to Uganda, H.E Ambassador Dónal Cronin.

The Deputy Principal welcomed the Guest of Honor, thanking him for the support he and his team had given to this initiative and also thanked the management of the schools, the ACW trainers and local partners- ResilientAfrica Network (RAN), Makerere University, College of Engineering, Design, Art & Technology CEDAT, CoCIS, Women in Technology Uganda (WITU) and HiveCOLAB for all the efforts towards a successful Africa Code Week. “It is very important to memo that technology is interfacing with all our lives and activities that we are involved in,” she noted. “Such development means that the future needs more coders and more software engineers to tackle our challenges and I hope we will welcome many of you to this college in the years to come,” she added. She shared her commitment to ensuring that the initiative is carried forward and her hopes that we will one day have a “Uganda Code Week”, before welcoming H.E. Ambassador Cronin to speak to the participants.  The Ambassador apologised to the students for having missed the coding workshops and requested members of the audience to share what they had learnt over the weeks. The students shared what they had learnt about coding and the software program, “Scratch”. He encouraged students to pursue the skills they had attained from the various coding sessions, as they “could be used to do many great things for Uganda.” The Ambassador also shared his journey with technology and spoke about how he first used a computer at the age of 18 and got his first mobile phone at the age of 29. “Your generation are the lucky ones now, because you have been given these opportunities at a young age.” “That’s why, we are very happy to support Africa Code Week,” he added before acknowledging the various organisations and people that had been instrumental in bringing this vision to Uganda. He also thanked the students for their enthusiasm and participation. “Don’t just take home the T-shirts,” he concluded “Take home the memories and lessons and do not give up.”

The group sitting ended with a sugar level heightening session characterized with the cutting of another ACW shaped cake and a photo shoot. We look forward to the next Code Week in Uganda, which we anticipate will be even bigger and better as

“We Build for the Future”. 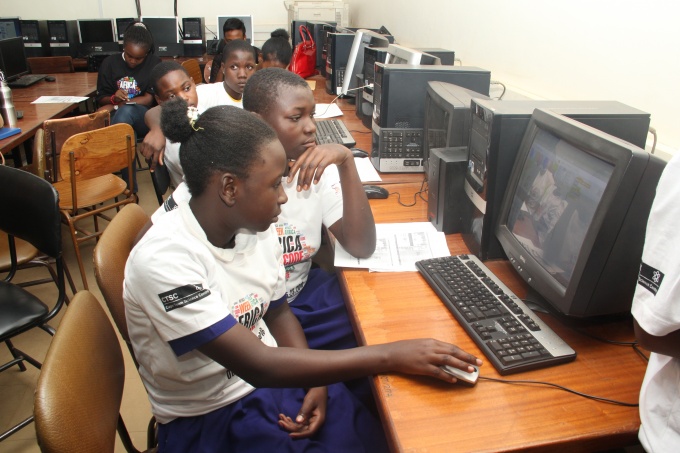 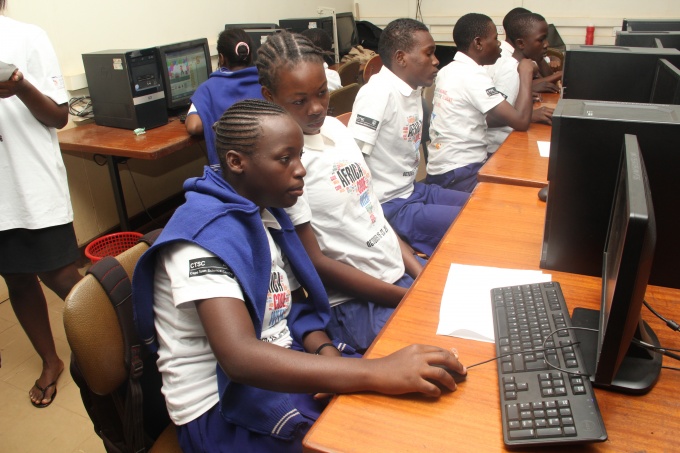 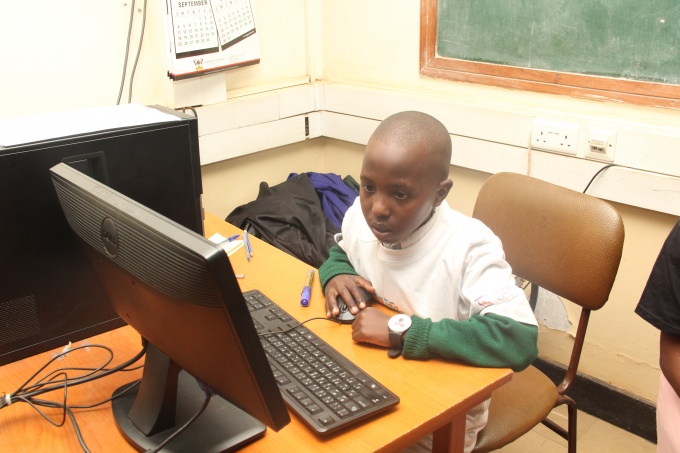 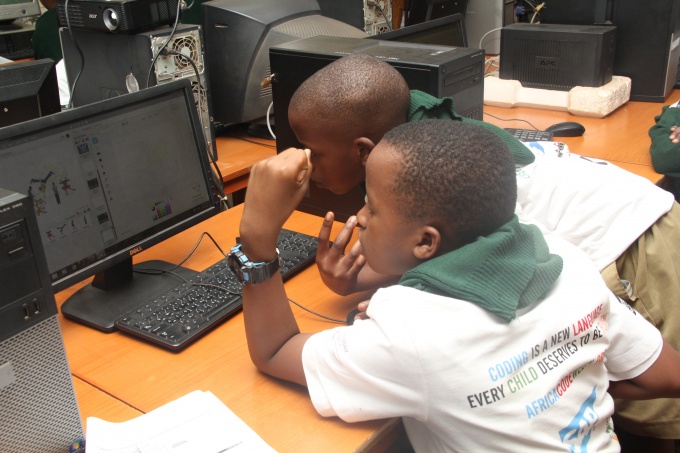 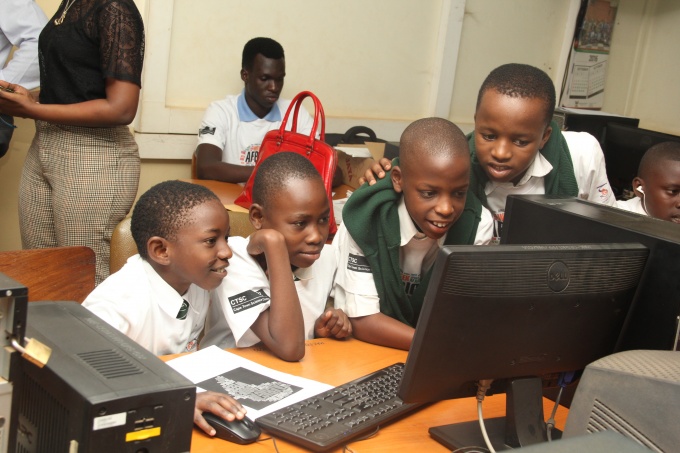 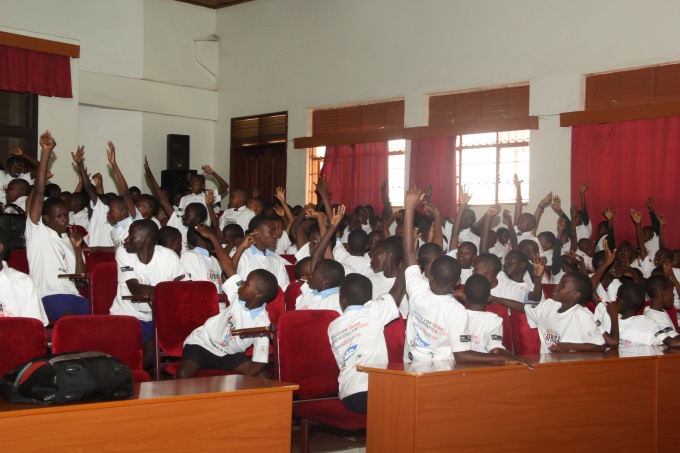 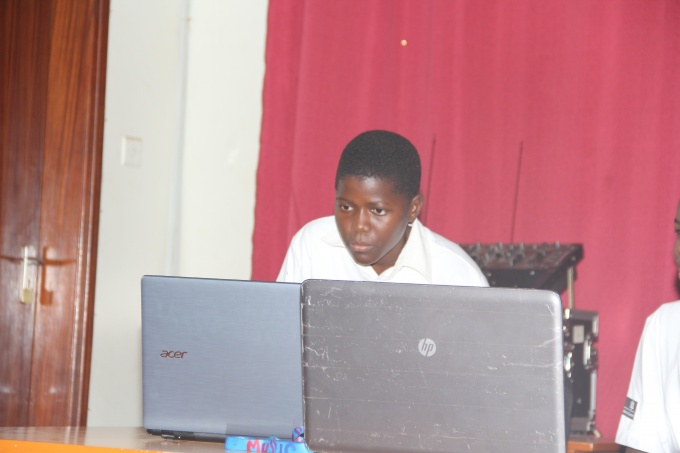 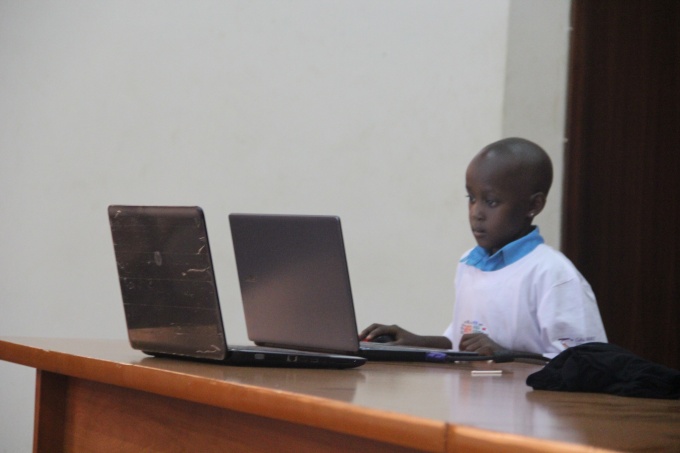 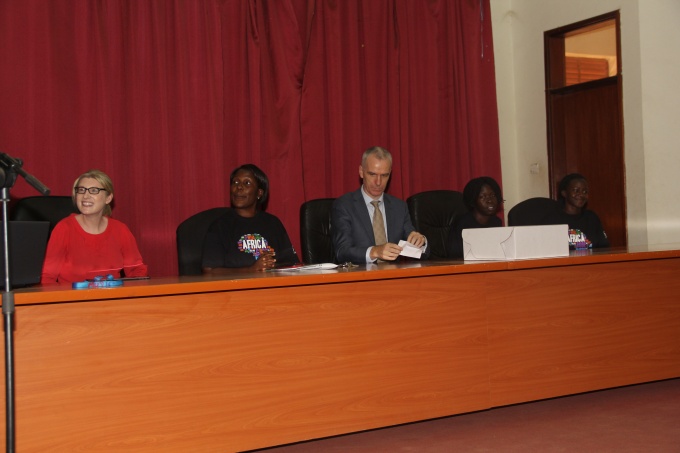 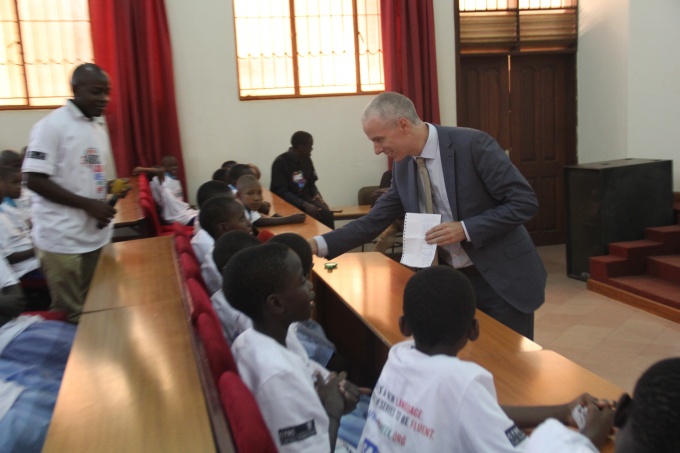 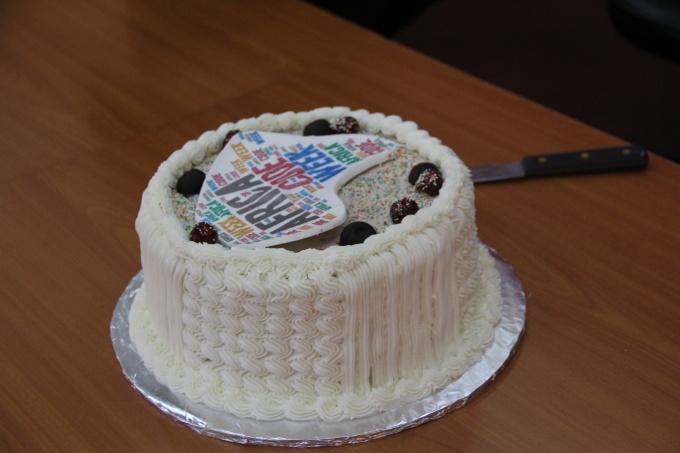 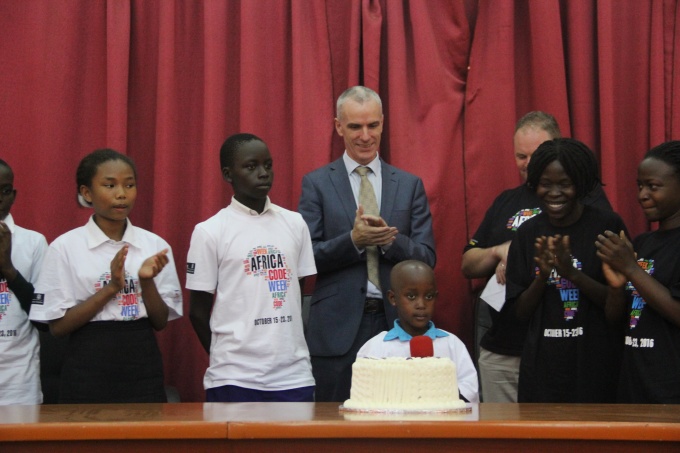 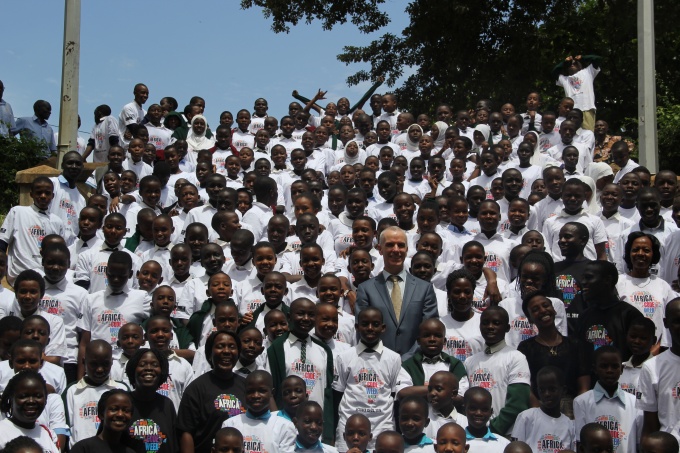 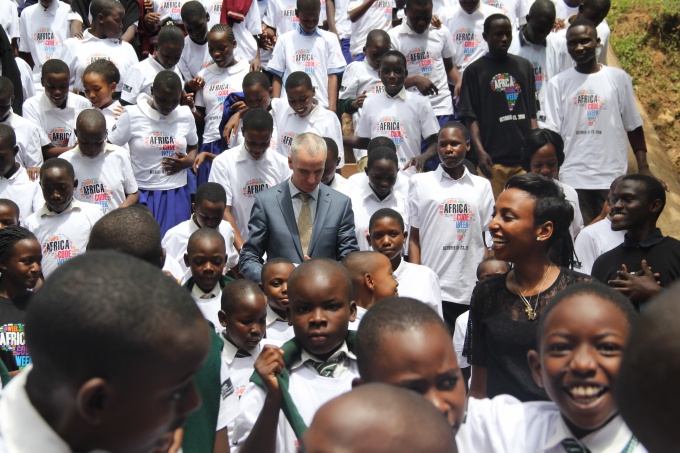 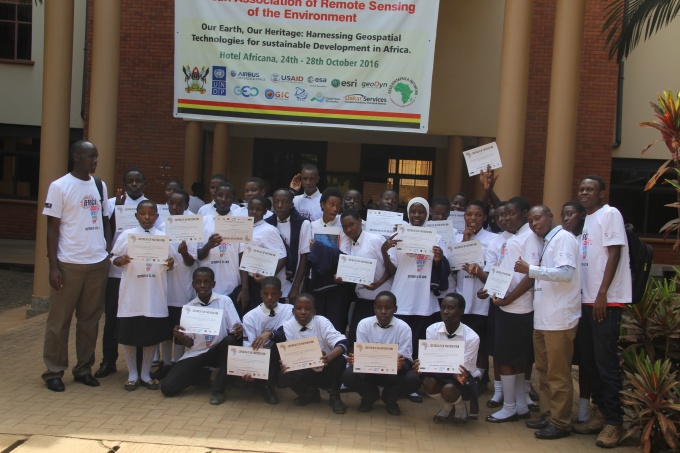