The U.S. Global Development Lab is the newest bureau at USAID and aims to transform global development through science, technology, innovation, and partnerships. Ms. Leslie Reed, US Mission Director and Ms. Erin Wroblewski, USAID/Uganda Program Officer accompanied Mei to RAN. Prof. Barnabas Nawangwe, Makerere University Deputy Vice Chancellor in-Charge of Finance and Administration and RAN Patron joined Prof. William Bazeyo, Dean Makerere University School of Public Health and RAN Chief of Party/Lab Director, RAN multidisciplinary Innovator teams and the RAN Team to interact, appreciate and discuss innovation in relation to strengthening resilience. The question and answer session during the interaction was both educative and informative. This was yet another opportunity to offer mentorship, guidance and encouragement to the Innovators. Key to note however was the business model-need to work towards affordably availing these innovations to the vulnerable communities without compromising quality and profit to the innovators.

Prior to USAID, Ann Mei was the Chief Innovation Officer at Mercy Corps, an international NGO. She also served as the Senior Advisor for Women and Technology in the Secretary’s Office of Global Women’s Issues at the U.S. Department of State. At State, she developed partnerships, influenced policy, and became a public voice on leveraging technology to improve the lives of women and girls in developing countries. She conceived and launched the Alliance for Affordable Internet, a public-private partnership which aims to Internet access to the next billion. Ann Mei has more than twenty years of engineering and leadership experience in Silicon Valley. She served as a Senior Engineering Director at Google for eight years, where she led worldwide engineering for Google’s mobile applications and services. She oversaw 20 times growth of Google’s mobile business in just three years, delivering over $1 billion in annualized revenues. At Google, she also led the product development team for Emerging Markets, with a mission to bring relevant mobile and Internet services to the two-thirds of the world’s population that is not yet online. Ann Mei has held leadership roles at several other leading companies including Apple (leading engineering for the initial release of Final Cut Pro), Intuit, SGI, and a few startups. Ann Mei was recognized as one of the Women in the World: 125 Women of Impact for 2013 by Newsweek/The Daily Beast. She is a member of the 2011 class of Henry Crown Fellows at the Aspen Institute and holds a BS degree in Computer Science from Stanford University. “RAN is the most exciting Lab among all the Higher Education Solutions Network (HESN) labs. We are all looking forward to seeing the innovative solutions create transformative impact in the communities.” noted Mei.

The US Mission Director, Ms. Leslie Reed in her remarks to the RAN Team said, “The work that RAN is doing is tremendous! Let us work together and see how we can further leverage the existing and partner to push forth innovations as solutions to communities’ most pressing challenges while strengthening resilience”. Prof William Bazeyo informed Mei and all that what had been exhibited was the far RAN had come and with the continued support from USAID, RAN was steadily growing into a Game Changer in the field of innovation and resilience. On behalf of Makerere University, Prof. Barnabas Nawangwe thanked USAID for the continuous support to the institution through projects like RAN and pledged Makerere University’s commitment to moving the University from the University to positively impact the communities. He added that, “Makerere University is a vibrant research institution in the continent, supporting science and technology but also leading in identifying, developing, piloting and testing innovations as solutions to communities’ challenges”.

During her visit, Mei physically interacted with over 10 Innovators https://www.ranlab.org/innovations/riap-grantees and https://www.ranlab.org/innovations/ric4ace-grantees under the RAN incubation program. These are working on different innovative solutions directed towards responding to diverse most pressing community challenges. The Innovations include; Low cost solar irrigation pumps: Optimizing a very-low-cost environmentally friendly solar powered irrigation pump that can transform agriculture in semi-arid sun-rich areas, Improved Pull and Push: An innovative approach to inter-cropping that dually suppresses nuisance weeds and pests in high prevalence areas to increase agricultural yield, Root IO: A community radio technology with the potential to revolutionalize last-mile communication in hard-to-reach areas, using a mobile phone for broad-casting, KUNGULA! Thresh It: A low cost technology for mechanized threshing of maize, RAPID (Rapid Agricultural Produce Indirect Dryer): An improved solar drying technology that will change current farmer reliance on direct sun-light for drying of produce in rural low income settings, Mushrooming Livelihoods: Developing alternatives to the existing media for cultivation of mushrooms, making mushroom cultivation widely accessible, Better Farming Better Me!: An approach aimed at weaning households from tobacco-dependent mono-cropping to mixed food crop and poultry farming as a more fulfilling alternative that leads to better livelihoods and food security. The approach can be replicated in other communities that are trapped in mono-crop systems, B2K! Back to traditional starch: This project uses novel recipes and aesthetics to rebrand millet and other waning traditional starches like sorgum, sweet potatoes, cassava and yams as attractive, tasty, healthier and more resilient alternatives to maize and rice which are swallowing up the consumption space for carbohydrate across the region and the world over, EDAD (Electronic Dollar a Day – Saving Box): In the context of a very poor saving culture and high financial insecurity among rural subsistence farmers in Eastern Africa, this innovation taps into the rising access to mobile phones to create an electronic platform that will disrupt current approaches to saving by bringing the savings bank teller service to the mobile phone, Pneumonia Kit: a vest for diagnosing pneumonia in babies, Bacterial Vaginosis KIT: BVkit – Vaginosis app is a solution to enable women to test for unhealthy vaginal bacteria regularly and the Humane Emergency Use Canopies and Accessories’ (HEUCA) Project: the next generation ergonomic tent for the management of different epidemics including Ebola. The tent being designed is expected to not only stand the hot African climate but provide a versatile and comfortable environment for both medical personnel and patients at as little cost as possible.

The ResilientAfrica Network (RAN) is a partnership of 20 sub-Saharan African universities led by Makerere University in Uganda, together with Tulane University’s Disaster Resilience Leadership Academy (DRLA), Stanford University, and the Center for Strategic and International Studies (CSIS) in the United States. RAN is one of the eight development labs under the Higher Education solutions Network (HESN) in the US Global Development lab. Supported by USAID, the architecture of RAN in Africa consists of four Resilience Innovation Labs (RI Labs) that are centers for tapping into the wide resource of students, faculty and the community for ideation, development and testing of innovations. The RI Labs are also focal points of technology innovation and commercialization of university research attracting local and national resources, sustainably funded, with replication potential across sub-Saharan African cities as well as other university partners in other sub-Saharan African countries. RAN’s RILabs are the Eastern Africa RILab (EA RILab) hosted by Makerere University in Uganda, West Africa RILab (WA RILab) hosted by the University for Development Studies in Ghana, Horn of Africa RILab (HoA RILab) hosted by Jimma University in Ethiopia, and Southern Africa RILab (SA RILab) hosted by University of Pretoria in South Africa. By applying science, technology, innovation and partnerships, and using evidence-based approaches, RAN seeks to identify, develop, pilot, test and scale innovative solutions that will strengthen the resilience of African communities afflicted by natural as well as man-made disasters presenting as shocks and stresses. 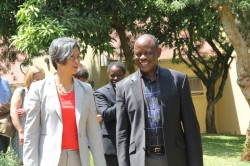 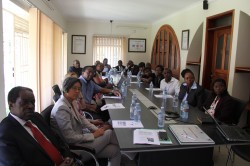 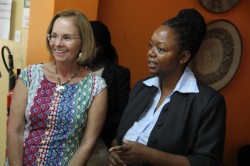 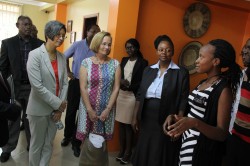 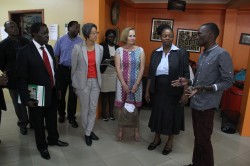 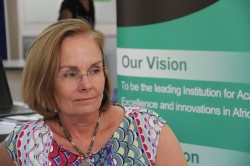 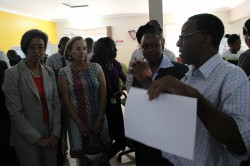 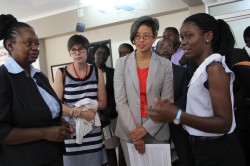 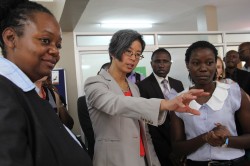 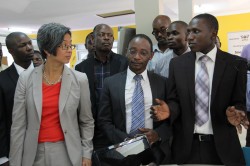 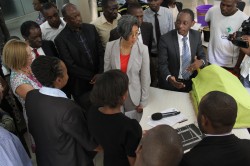 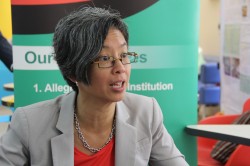 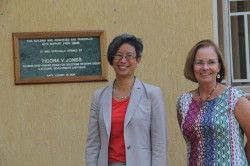 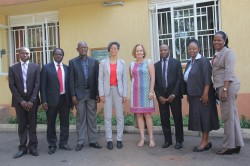 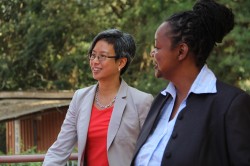