During the DP training, key issues discussed included; what is Deliberative Polling (DP) and how is it implemented? The DP process and its key principles, the roles of a moderator and a summary of the moderator tasks. It was also during this session when Christine and Julius jointly delivered a presentation about RAN as a University Network. Making use of a team of moderators was introduced to the DP exercise as a technique which combines deliberation in small group discussions with scientific random sampling to provide public consultation on a selected number of public policy issues. “DP assesses the representative opinions of a population, both before and after it has had a good chance to really think about an issue and discuss it in-depth under transparently good conditions to consider the pros and cons of competing policy options” explained Prof. Fishkin.

The DP key principles that were emphasised included; providing information without expressing personal interests (impartiality), presenting balanced views (Balance), promoting active citizenship (engagement), discussion and deliberation based on mutual respect (civil dialogue), and letting citizens build their own deliberated opinions (individual thinking).Moderators were then tasked with facilitating the small group discussions, guide the groups from one place to another, stay with participants during all the breaks, plenary sessions, meals and social events, provide support to the participants selected to pose questions to the experts, ensure that departure questionnaires are filled for the given number of participants,  guide participants to receive their small honoraria and any other logistics, ensure external observers do not intervene in the discussions nor indicate their position through body language.

Sandwiched within the moderator training was a meeting with students at theCheick Anta Diop University in Dakar. During this engagement, participants were taken through a presentation of what RAN is and the different opportunities that exist at RAN including SEED grants, research and HESN partner engagements among others.  This engagement attracted close to 40 students who were joined by two faculty members from the Departments of Agriculture and Economics. The DP working group, which constituted of the RAN team and some community representatives /DP Advisory Group, identified Water Sanitation and Hygiene (WASH) and food security as the key thematic areas for deliberation.

Aboubacar Ka, 1st Deputy Mayor of Tivaoune Peul Niagagraced and officially opened the two day DP event. He wasaccompanied by Lamine Sow (representing Boubou Sow the Village Chief) and Imam Ousmane Sow the Spiritual Leader. The DP exercise was closed by the Mayor of Tivaouane Peulh, M. Papys Diop. The DP exercise in Senegal attracted close to 200 people including men and women, the young and old to deliberate on issues related to WASH and food security. The event was successfully executed by a team of officials, experts, observers, moderators and very lively and active deliberators. After the deliberations, a post DP survey aimed at building on the baseline to evaluate the difference in participants’ opinions. The town mayor expressed gratitude to RAN for choosing Senegal as a site for this important and engaging activity. He promised to continue working with RAN and the WA RILab team to get the peoples’ voices heard. 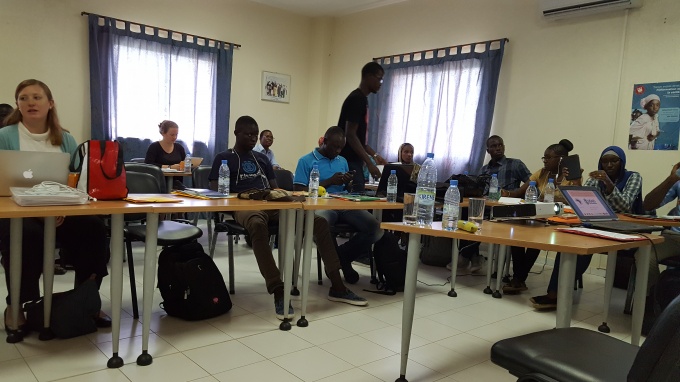 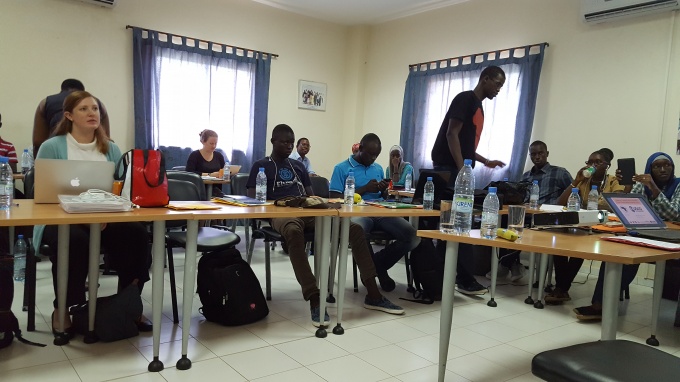 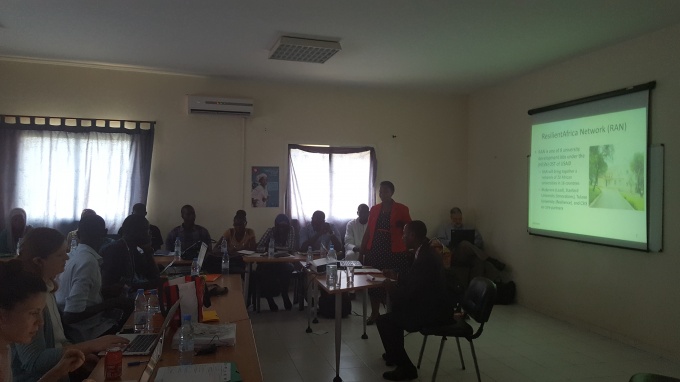