The community is at the core of RAN’s work

One of RAN’s thematic issues of focus revolves around strengthening resilience to the shocks and stresses (manifested as landslides, floods and drought) arising from climate variability and their effects on livelihood of rural populations in the Eastern Africa region. The EARILab conducted Needfinding surveys in 3 target communities in Uganda with 3 innovator projects namely; New Improved Push and Pull technology that is solving the problem of striga weed in Iganga district March 23-27,2015, in Buyanga and Nabitende sub-counties);Low cost Solar Irrigation project which is trying to optimize the solar water pump for irrigation, April 7-11, 2015, in Gogonyo and Butebo sub-counties, Pallisa district: and Matibabu which is developing the non-invasive malaria testing device) in Apac district, April 21-25,2015, in Aduku and Ibuje sub-counties) .The general objective of these surveys was to validate that the innovations developed by the innovator teams are actually addressing the community’s actual needs and to assess perceptions and major factors influencing the willingness to adopt the new technologies/approaches among potential end-users in the target communities. The teams also got an understanding of the major constraints and local adaptive strategies being used among members to address these challenges.

The student innovators and research assistants received training from the RAN team on the techniques of Needfinding. Key Informant interviews and Focus Group discussions were conducted in addition to Videography, observations and field demonstrations. These districts were selected because they had the greatest burden of the problem being addressed. For example for the low cost solar irrigation pump trying to solve the problem of water access, Pallisa district in Eastern Uganda was chosen as a target community because it faces a major problem of poor water coverage measured at 25% compared to the national average of 47% with a 3 kilometre average walking distance to access water. The district has many minor lakes forming part of the L. Kyoga system; River Mpologoma, open water and swamps which act as surface water aquifers. However, the biggest challenge lies in accessing the low cost technology to transfer the water from the water sources to the gardens for irrigation of crops. Moreover, the costs of irrigation pumps currently on the market are prohibitive to the average rural farmer while the cheap pumps often powered by kerosene pose environmental and noise pollution calling for advanced technologies in this field.

Needfinding is a technique that allows innovators to gather deep human insights which can be used to explain a problem or design a solution. Derived from Ethnography, it uses a variety of classical ethnographic methods traditionally used by anthropologists-interviews, fieldwork, observation, photography, physical mapping etc. Needfinding surveys provide target communities with an opportunity to adopt community centric solutions, solutions that address their actual needs. This is done by interacting with them, developing empathy with the end-users, allowing the innovator to put themselves in the shoes of the person they are designing for-the end-user, and design solutions that take into account the actual needs of the end-users instead of imposing solutions onto the communities. The insights generated are used to refine the solutions. Information collected from these field visits will also be used by RAN to highlight existing innovations in target communities with the potential to strengthen resilience of communities. Acknowledgements: USAID, RAN Leadership and Team including the Administrators, RAN innovators, Research Assistants, RDC Iganga district, District Leadership, District focal persons, Health workers, local community members at large. 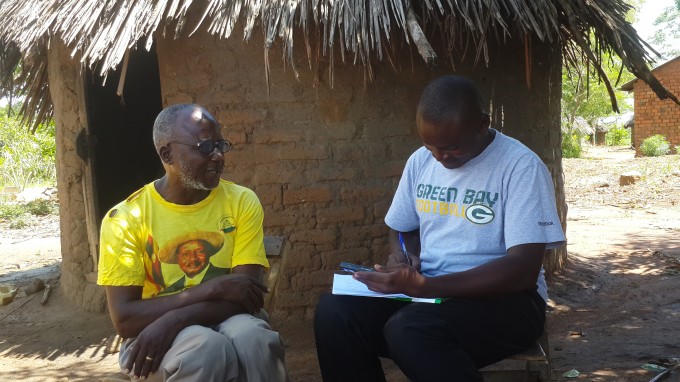 1. Emma Ngolobe ,research assistant with the low cost solar Irrigation pump conducting an interview with one of the stakeholders in Gogonyo sub-county Pallisa district 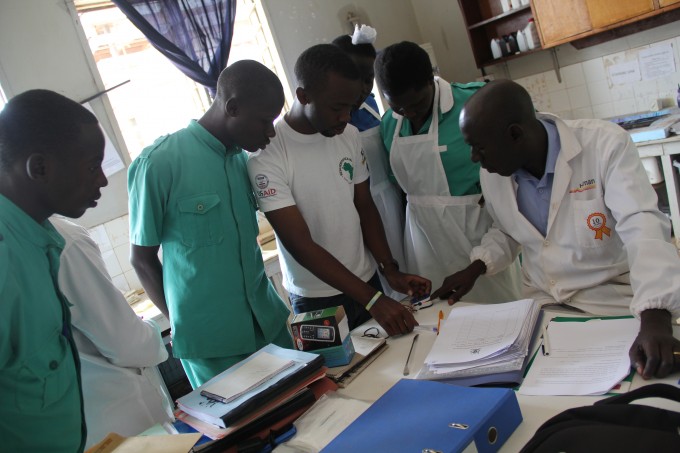 Is it positive or negative -Joshua Businge, Matibabu project testing some of the laboratory staff in Apac hospital,to obtain their views and opinions on the efficacy of the non-invasive malaria testing device