Innovation Community Dissemination of the Improved Push and Pull Technology

Innovator teams currently benefiting from the RAN incubation program have engaged in the innovation community dissemination exercise all through the year 2017, The dissemination of the second phase of Improved Push and Pull project that manages two major nuisances in maize farming i.e. striga weed and borer pests without the use of chemicals took place in June 2017 in Uganda’s Iganga district, Buyanga Sub County. The innovation community dissemination exercise was led by the RAN team. Three innovation teams were also in attendance and these include; the Improved Push and Pull team, ‘Kungula’ winnowing maize thresher team and the solar drier team who all had the opportunity to exhibit their innovation to the over 250 farmers in the community. The main activities of the day included;

This took place in Buyanga sub county hall. Under the leadership of the community focal persons, the farmers and other stakeholders in attendance were introduced to the RAN team Grace Bua Mongo, Community Liaison Officer; Ronald Kayiwa, RAN Eastern Africa Resilience Innovation Lab Innovations Officer and Joseph Lubega Mukaawa, Multimedia Developer and the three different innovator teams including; the Improved Push and Pull team represented by Kenneth Wanyama and Brian Kafeero, Kungula Maize Thresher represented by Stephen Ssekanyo and the KAZA Rapid Solar Dryer team represented by the RAN team who were in the field. The opening remarks were jointly delivered by the RAN team followed by the sub County Chief Mr. Walukobya Herbert who encouraged the farmers to adopt using the improved push and pull approach in their gardens because the method had proved effective in the area in terms of managing their perennial problems of maize stem borer pests and striga weeds. 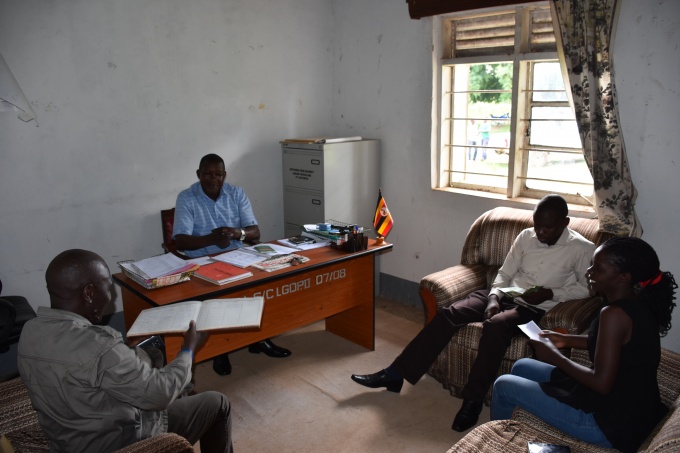 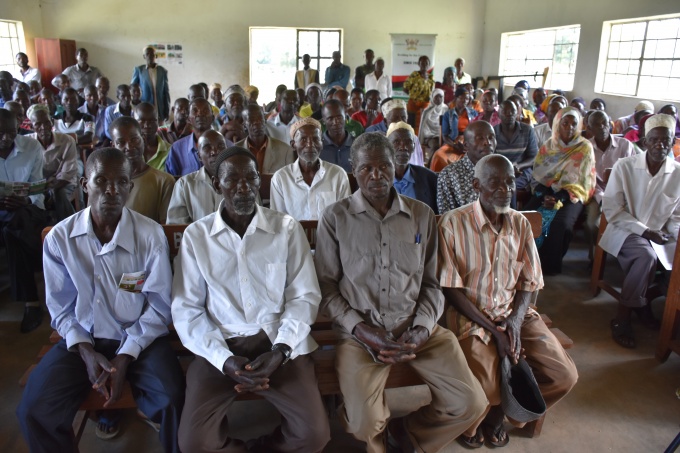 Three of the twelve model farmers who were in attendance shared testimonies of how this technology had worked in their respective gardens (https://www.youtube.com/watch?v=5KLfihd3sdw).  According to the model farmer, six weeks after establishment of their gardens, there was great and clearly observable difference in the gardens with the push and pull technology as compared to those without. Improved push pull maize plots had significant reduction in striga and stem borer infestation; maize plants were tall and leafy. “I am surprised by how this method works, it looks simple but what it does is unbelievable” Msobya one of the model farmers posed. “Kayongo (striga) was killing us, my maize never used to grow tall and free of pests like what I am seeing now” shared Hajat Aisha another model farmer.

The people who were in attendance were later guided to two of the nearby model farmer’s gardens, where they had an opportunity to practically see how the approach is set, how it works and how effective it is compared to the conventional methods. Indeed, they were impressed by the approach and promised to take it up in subsequent seasons. 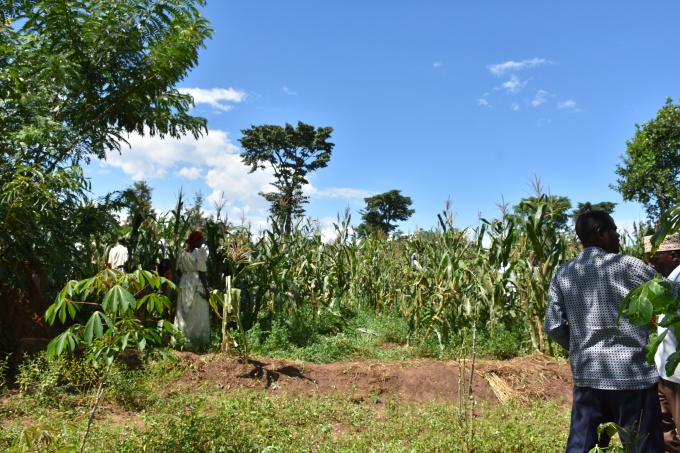 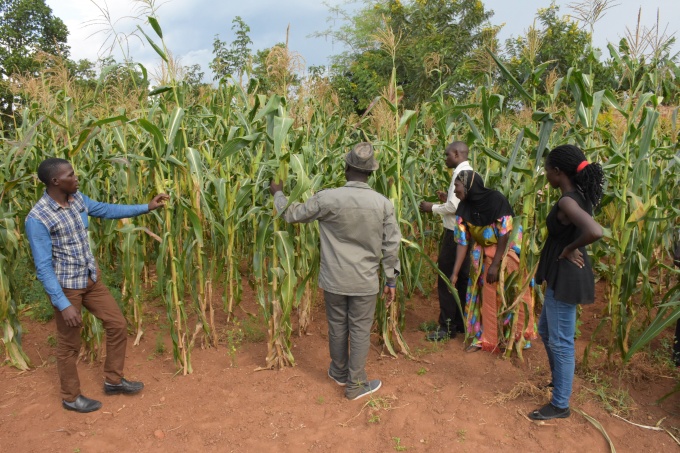 Desmodium which is a critical component in this approach especially in suppression of the weed and also acts as a pest repeller happens to be scarce in the market and where it is available, it is quite expensive. To bridge this gap, one acre of desmodium seedling plant was planted in Buyanga sub County to breed enough seeds of desmodium so that they are readily available to farmers but most importantly at affordable costs. So far, the desmodium is flowering and soon seeds will be ready. This means a minimum of 300 farmers are being targeted as beneficiaries after harvesting these seeds. The team that visited the breeding farm appreciated the great work especially how vigorously the desmodium was growing and spreading out.

There were impressive and quite interactive sessions thereafter showcasing other innovations currently being supported by RAN. The community also took this advantage of this opportunity to physically engage with the winnowing Maize thresher and solar drier. Many of the community members expressed interest in purchasing and using these innovations in the strive to improve Agricultural yields and earnings. 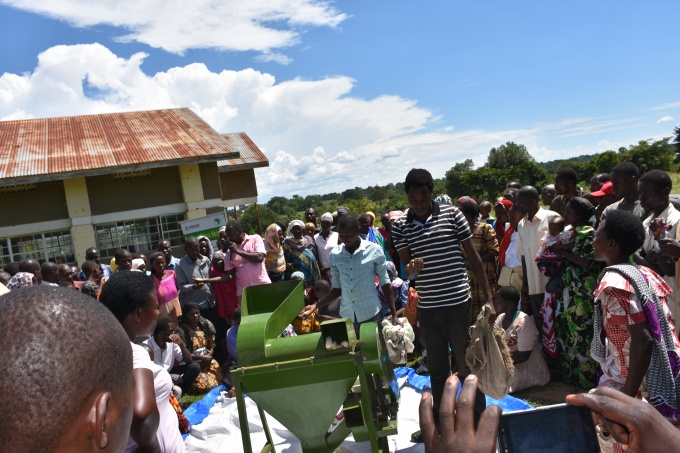 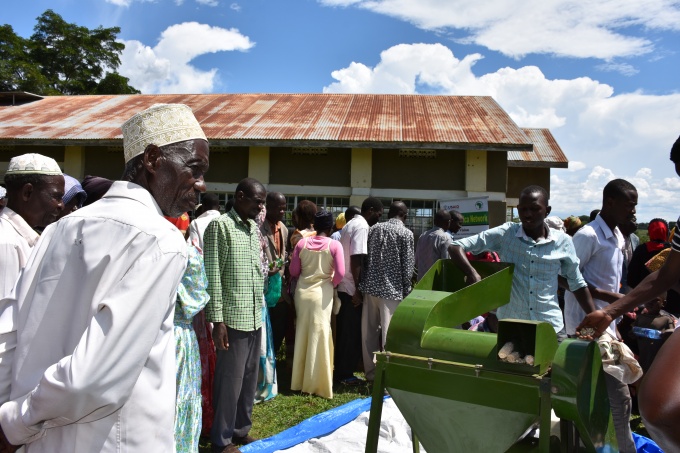 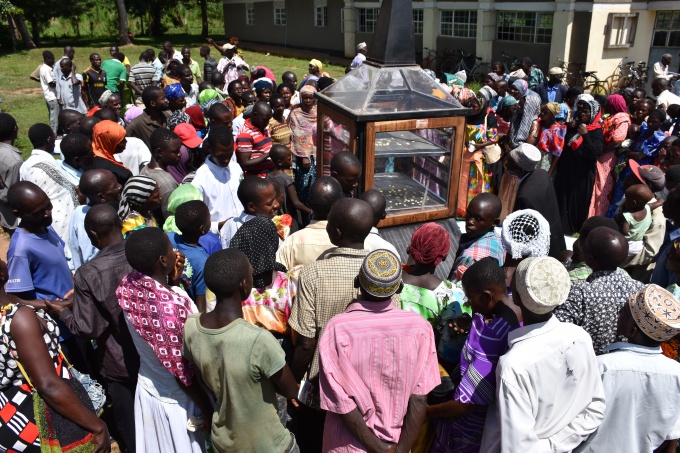 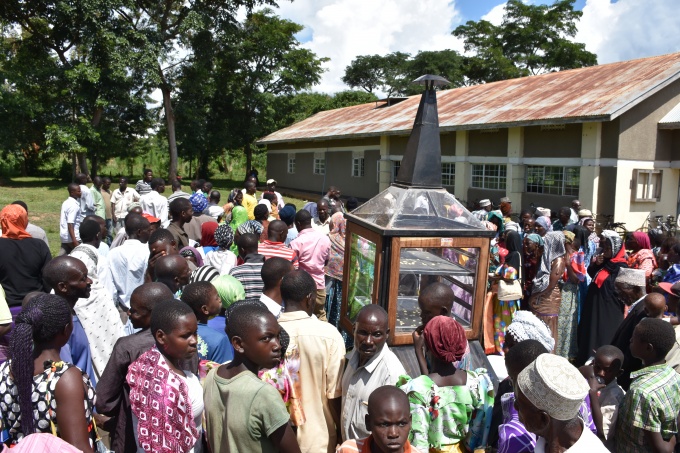 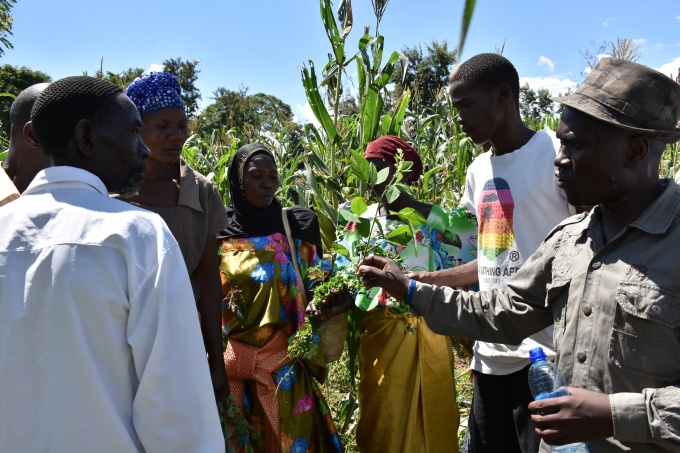 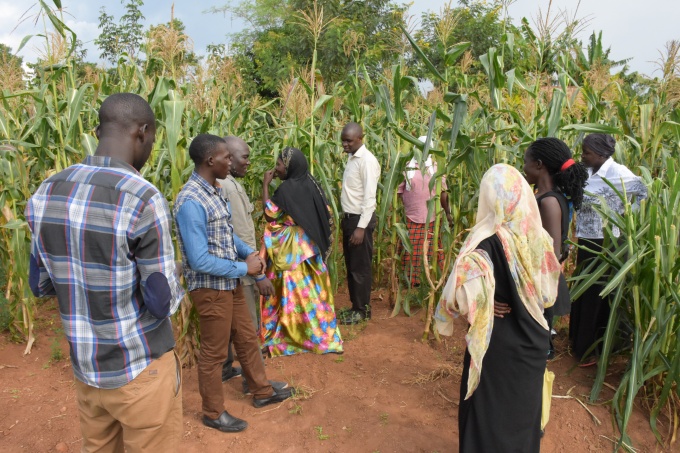 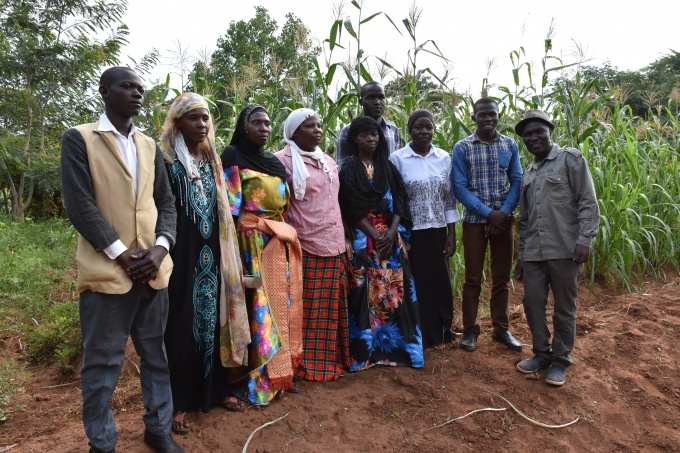 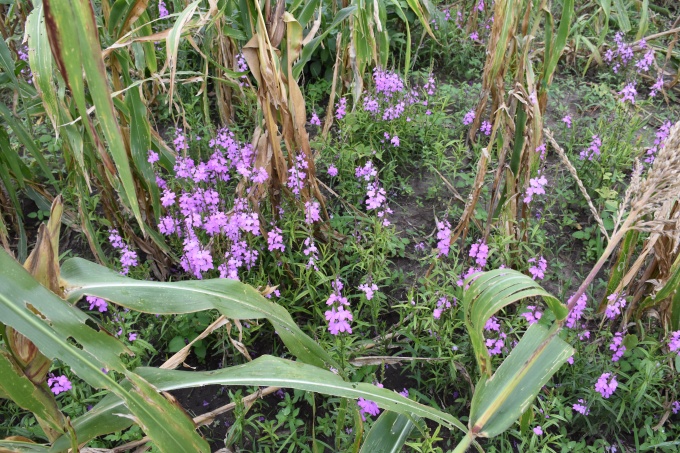 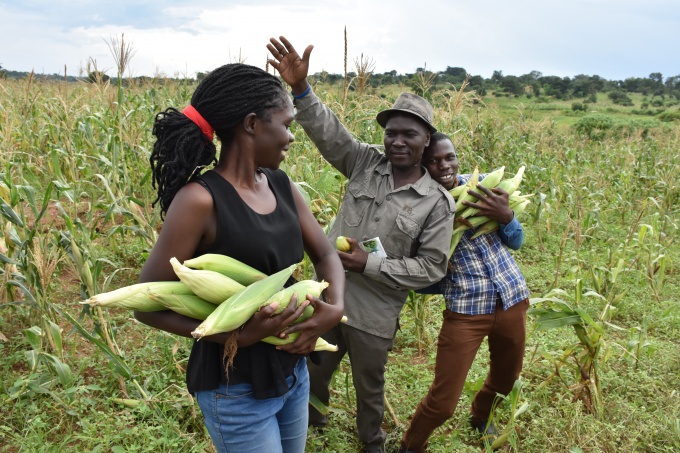