Gender differences have been one of the pressing issues in most of the communities in Africa. This is majorly because, men were considered to be the “Bulls” of the family and women were taken to be inferior according to the African culture. 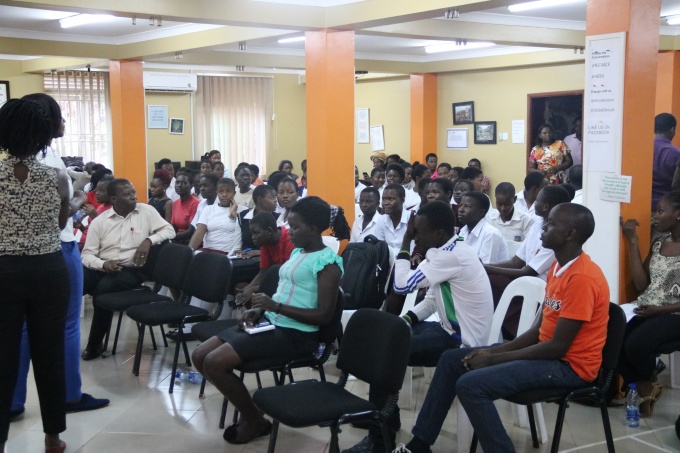 Sheila Agaba, RAN’s Lab Technical Officer and the Core Leader of the Technovation Challenge happily thanked the trainers, coaches and students for the sleepless nights spent while planning and practicing for the event.

The Leadership Games led by David Kizito and Drake Smith, student Interns at RAN involving all participants re-awakened their activeness while setting the ball rolling. Joining in the matrix and spaghetti games, different groups were directed to build the tallest tower using rubber bands, clay and spaghetti.

Participants were distributed into groups to inform the breakaway sessions including; the Animation Clinic, Business development, Robotics by I-Labs and Web development by WOPA. These were conducted concurrently with the internal pitches of the school teams scheduled  to present the next day to a panel of judges and Chief Guest.

(Break –away session for Code Labs)

Bridget Mendoza showcased the Albert Robot to the participants. The innovator demonstrated how the Robot works, runs and shared its uses too. The Robot enables people learn about hard ware and software. In addition Ephraim Malinga also from i-Labshowcased Adinois a simplified micro-controller which helps to test and scale the solution. The use of Led light was showcased and demonstrated. This innovation helps to address problems like waste product collection and control of parking among others. Noted that the led light uses blue tooth.

The other sessions included;

Web development by WOPA, This session heightened students understanding while sharing the basics of using HTML to create websites and applications among others. It also clarified what the web page truly is about. This was from the point of what is back-end, the relationship between the computer and the user, the interpretation of what the computer understands to what the user (human) perceives.

Business Development by BrainNdyaguma from RAN. This session equipped the young innovators with skills of identifying the Why, How, where and when questions in order to create solutions and boost any business idea before under taking the implementation process. It also educated the youths to always find identify the gap first, have a business plan, and then use their innovative idea or business to fill the gap.

The Animation Clinic Session turned out to be an interesting venture for the young innovators. The young girls were taught where and how animation is applicable involving a process of generating an idea, sketching it out, creating a story board or script, designing graphical features and animating these. Finally exporting the finished animation or clip portraying the information or message to be enjoyed by the user (viewers).

It was also an opportunity for a panel of judges to listen to the teams scheduled to pitch the next day Friday July 22nd and help them improve on their elevator pitches. This was done in the presence of their teachers and mentors who also further contributed to the improvement of their students’ pitches.

Giving a motivational wrap up, Oliva Muhimbise, Operations Manager at Vodafone Uganda emphasized that the fact that she was a lady, never held her back doing anything. She opely expressed her excitement being part of the challenge. Her journey started with more encouragement from her mother to major in science related course units or subjects and she pursued a Telecommunication Engineering course at Makerere University. Out of a class of 75 students, only 6 of them were girls and by the time they joined second year, they were only 4 girls who had remained in the course since the boys in their class intimidated the other girls. “Let your gender not stop you from going where you want to go,” she emphasized. “I did not have the fear that science related subjects and or course units were hard!” she exclaimed. She never suffered inferiority complex fear of not being able to compete and excel in the science subjects. She encouraged the school girls to always aim at acquiring skills and knowledge needed in the job market sighting that it was not only the theory that mattered but also the ability to translate that theory into actionable and tangible outputs. She also recommended that the girls should seek for their purpose coupled with confidence, to love and know what is unique about them and what they are good at.

In her speech she said “know your passion, the things that make you happy, develop the willingness to learn, be humble so that you are easily approachable by others, improve on your skills and learn as much as you”. 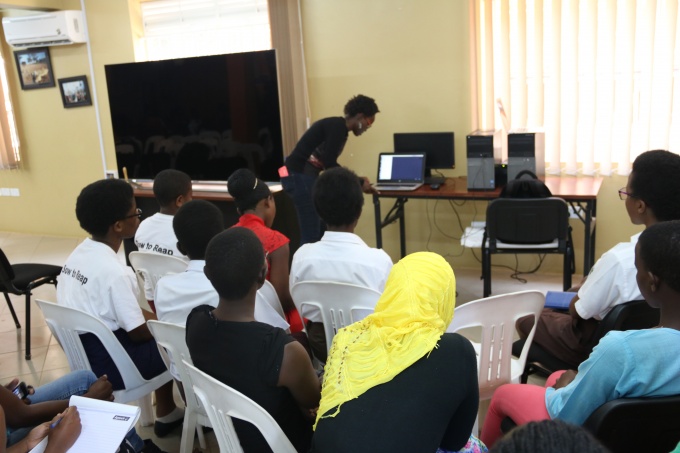 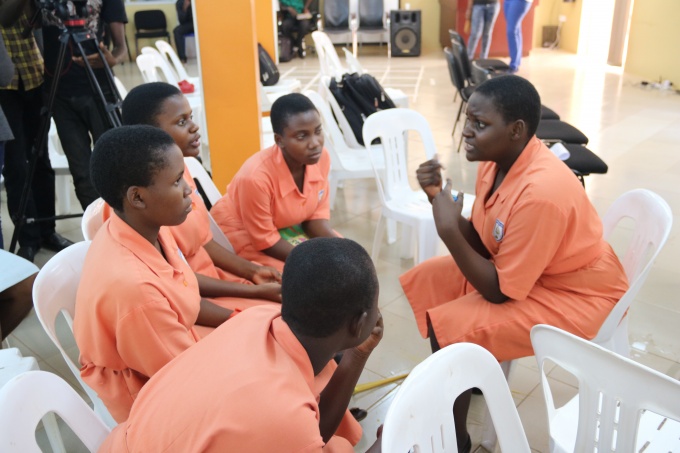 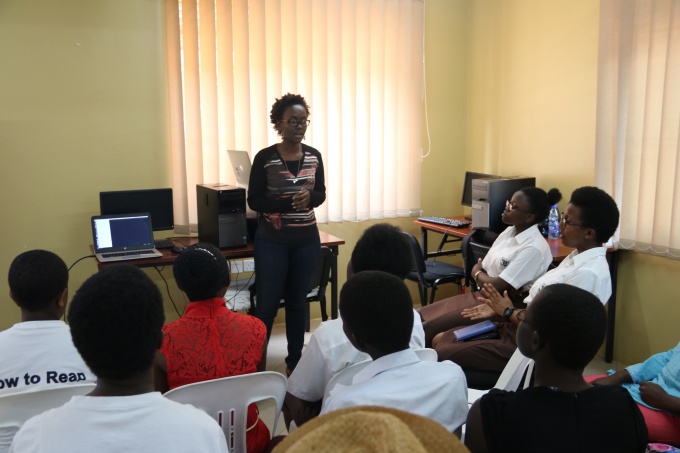 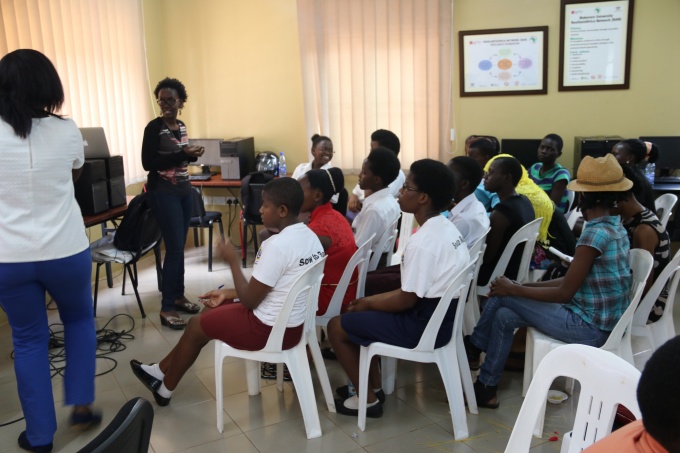 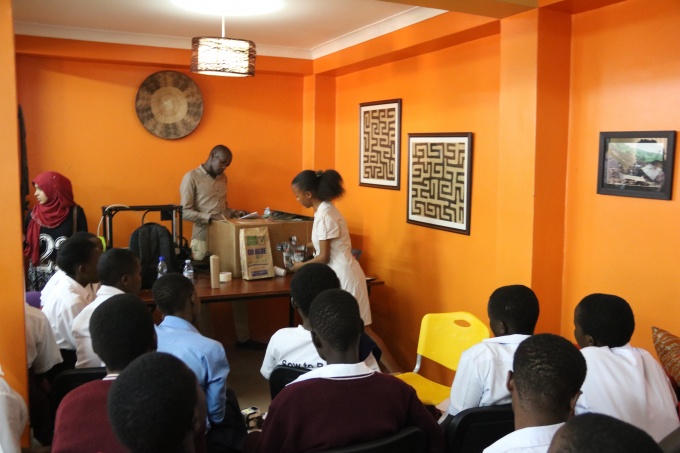 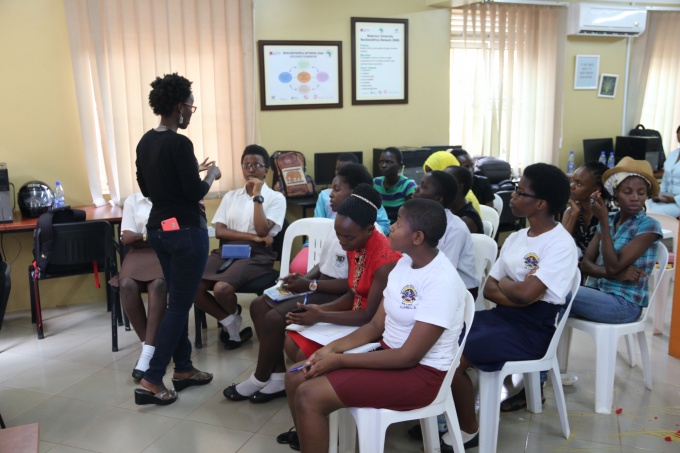 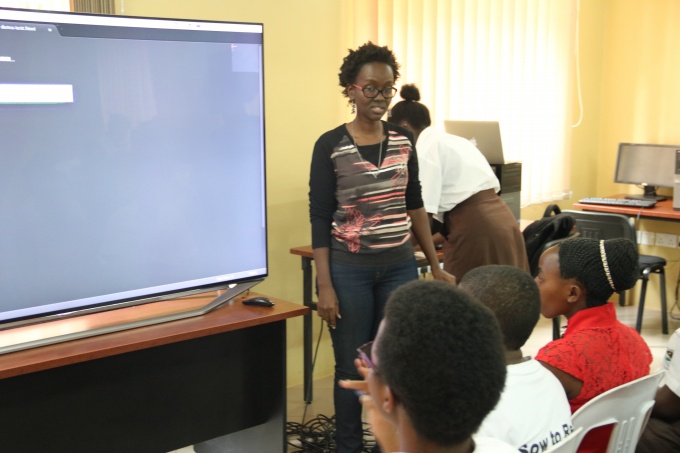 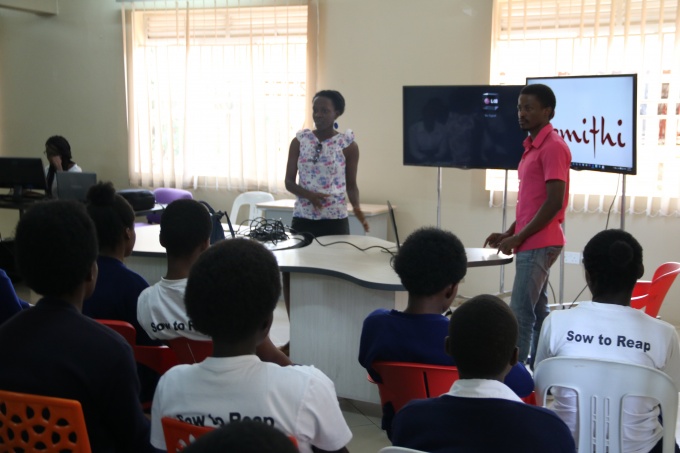 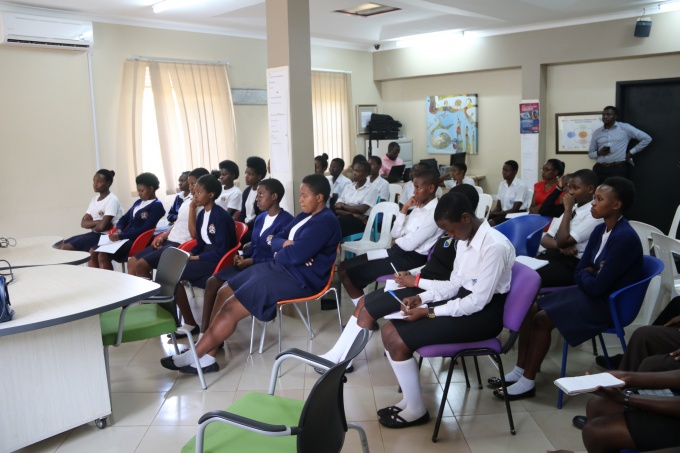 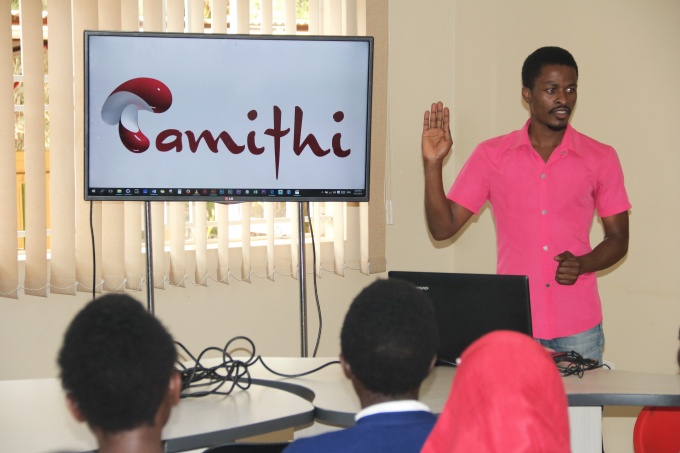 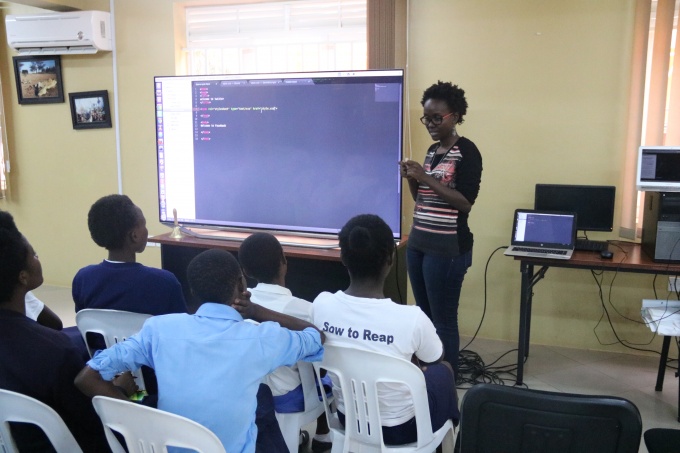 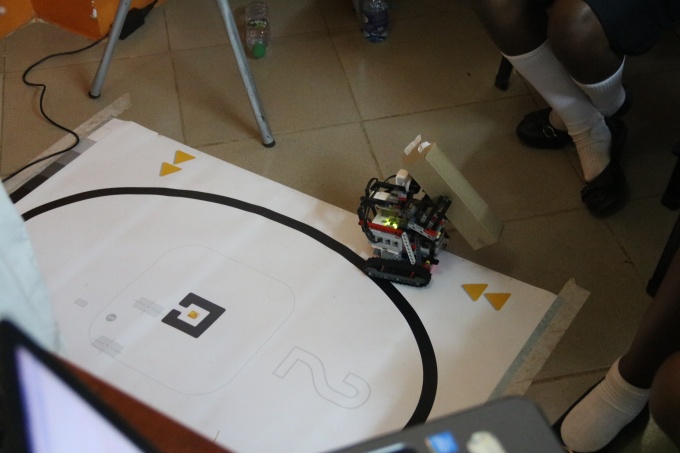