On April 26, 2018, Uganda joined the rest of the world to commemorate the World Intellectual Property Day at a National Summit recognizing Women in Innovation under the theme “Powering Change: Women in Innovation and Creativity”.  The event which was held at the Kampala Serena Hotel was organized by the Uganda Registration Services Bureau (URSB). Makerere University School of Public Health-ResilientAfrica Network (RAN) was invited to be a part of this commemoration and to showcase some of the female-led innovations currently being supported by RAN. URSB recognizes the role and contribution of women in creativity and innovation across all fields including but not limited to engineering, health, fashion, design, music, ICT, Agriculture and science.  Attended by over 300 women and men, the summit focused on women innovators from all fields of life with a purpose to further empower women, address the gender gaps in intellectual property rights acquisition while deliberating further on how to create more opportunities for women innovators within Uganda and beyond. The Summit further provided a platform to strengthen skills and competences of women through sharing ideas, leadership and marketing skills, communication, confidence building and the role of culture and gender among others.

The event was graced with a number of dignitaries among which included; Hon. Elioda Tumwesigye- Cabinet Minister of Science, Technology and Innovation who also represented the Rt. Hon. Speaker of Parliament as the Guest of Honour and Hon. Kahinda Otafiire- Uganda’s Cabinet Minister of Justice & Constitutional Affairs.

While giving his remarks as the host, Mr. Bemanya Twebaze, the Registrar General for URSB, noted that the World Intellectual Property Day was meant to raise public awareness about the role of intellectual property on daily life while celebrating the innovative and creative accomplishments of women. To the audience, he posed very key questions: how do we turn ideas into assets? How do we use Intellectual Property for improvement of the work we are all doing? Can we use Intellectual Property to tackle issues like poverty, address challenges of framers and to relate better among others? ‘There is a need to reposition ourselves to improve our competitiveness but above all, we all need to focus on commercialization of our services and or products’ he added. He also noted that he was thrilled by the level of creativity being exhibited by several women and specifically in the room where this event took place. He encouraged women in attendance to motivate each other towards growth but also emulate the good deeds by key women leaders in Uganda including; the Speaker of Parliament, Former Woman Vice President and Uganda’s First woman Army General in Africa among others.

Ambassador Francis Butagira, URSB Board Chairman as he addressed participants noted that Intellectual Property has great potential to transform communities and it is one of the incentives to encourage innovation. ‘I argue all of you here present to take advantage of the URSB’s framework for better performance and or output’. He also shared that URSB has, supports and manages the following Innovation Fund Windows; Basic Research, Prototype development and commercialization, women in innovation, those closely working with URSB to innovate and also those working with the Uganda Nation Council of Science and Technology. He thanked URSB’s management for continuously involving women in all the work being done.

In his remarks, Hon. Elioda Tumwesigye noted that he was proud of women who are driving change in the communities, also sharing that about 40% of registered businesses in Uganda are owned by women.  He called on for more female innovators to join in creating solutions to address the different pressing issues in our society today. ‘Contribution is great achievement’ he added while arguing all women and girls to take advantage of what resources and infrastructure is already in place to innovate. ‘I expect URSB to even excel more in innovation since you employ more women in operations’ Hon Tumwesigye added. He also strongly shared that it is possible that women can be more transformative also because of the fact that black women wrote the software which took man to and from the moon.

Major General Kahinda Otafiire, a Ugandan politician, military officer and the current Minister of Justice & Constitutional Affairs in the Ugandan Cabinet.in his remarks argued participants not to leave anyone behind in innovation as we strive to register change in the communities in which we live and serve. He noted that it was exciting for him to address the participants majority of whom are women innovators. ‘Through creativity and innovativeness, women have powered the growth of Uganda’ he added.

It was another rich opportunity for Dr. Dorothy Okello to share a presentation on “Promoting Innovation and Creativity for National Development” where she presented RAN’s Approach for Resilience Innovation. While making her presentation, Dr. Okello highlighted the RAN innovation process including the Human Centered Design approach which is hinged on empathy. She underscored the notion of failing and pivoting early during the innovation process. She posed a number of questions to the audience including: do you know who you are innovating for? What is the value add of your innovation? She concluded her talk by further sharing more about some of the innovations that have been supported by RAN and are already in use by the communities among which are; PedalTap, solar dryer and the winnowing maize thresher. Dr. Okello also later shared her experience supporting the Innovation Ecosystem during a moderated panel discussion which focused on “Creativity, Innovation and Women in Uganda: The Leadership and Business Context”. During this panel discussion, Dr. Okello also emphasized that RAN’s operations rotate around establishing structured community engagement links given that we aim to innovate for, with and by the community itself. The audience too had an opportunity to ask Dr. Okello a few questions and these included; How best can innovators manage failure? How do we change mindset especially to demystify the belief that money should come first in all we do? How do we change the culture specifically among the youth of today? Dr. Okello responded to all these questions but key to note from her responses was that she said ‘If you are passionate about something or what you are doing, you will remain at it’.

Mr. Bemanya Twebaze, URSB Registrar General in his closing remarks thanked all who had joined in the efforts towards planning for and organizing this learning event. He noted that he too had learnt a lot from the event, key learning being that in leadership, you as the leader must work yourself beyond expectation. He also shared a commitment that URSB will always be there to support women initiatives citing UWIL as one of the institutions URSB has made a difference and impact to.  He said, ‘even as you make your presentations, learn from those who present better than you and ask yourself that how will this presentation impact peoples’ lives?’. ‘I am proud to lead the team at URSB, let us walk this journey together to excellence. URSB should be the best Government Agency in Uganda’ he added. Additionally, he encouraged all event participants to always as themselves the following questions; What is my Mountain Everest? And What resources do I need to reach to the top of that Mountain Everest?That by responding to these questions, one can easily organize himself or herself better and achieve a lot. ‘We need to create positive change in peoples’ lives. Let us be intentional in contributing to positively impacting peoples’ lives’ Mr. Twebaze added.

Participants were then invited to a networking cocktail with the aim to encourage continued knowledge generation and sharing for solutions through innovation.

Details are also shared on Twitter #UGIPDay and on http://ursb.go.ug/world-intellectual-property-day-2015/ 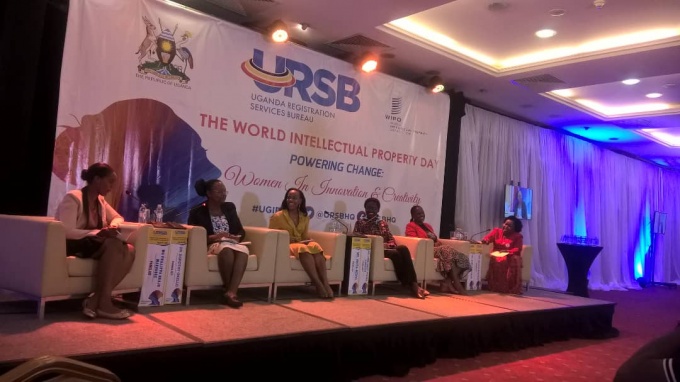 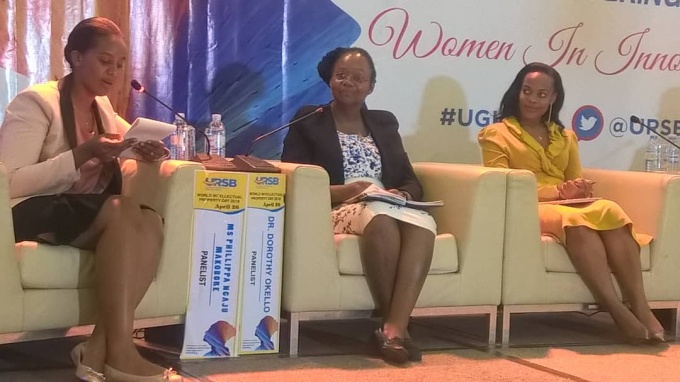 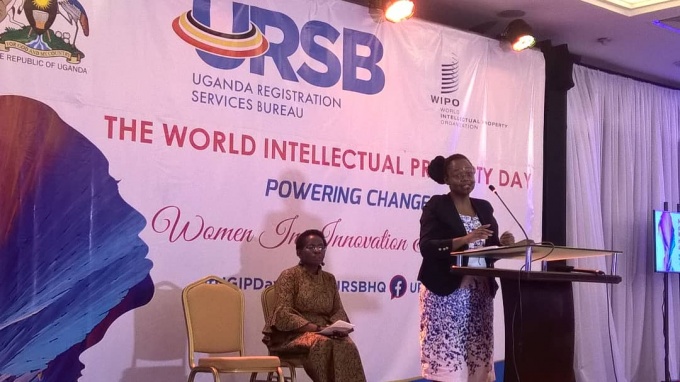 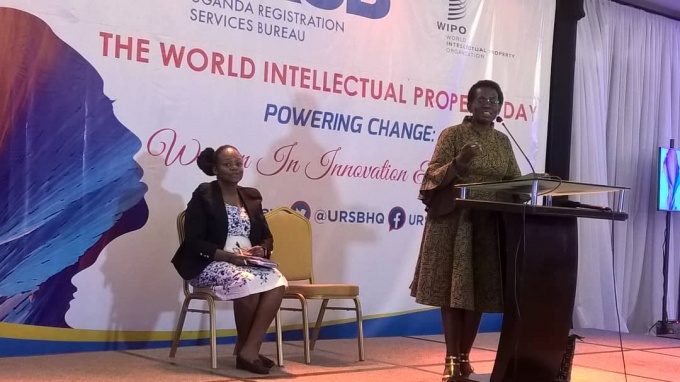 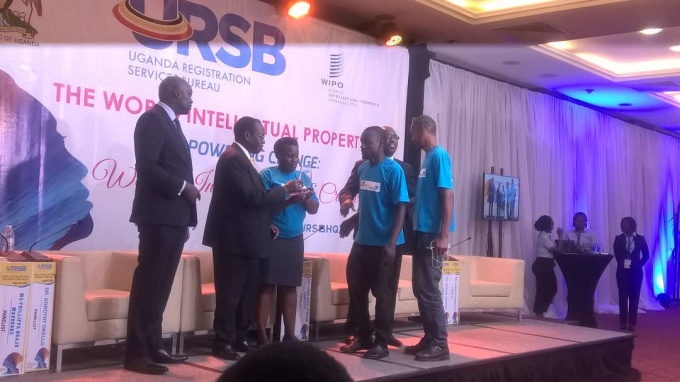 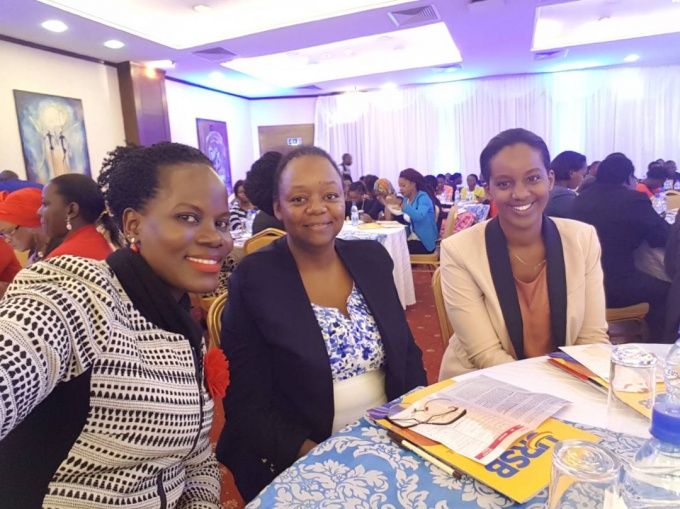