The Eastern Africa Resilience Innovation Lab (EA RILab), one of RAN’s regional labs recently concluded an exciting and energizing Innovation Bootcamp at University of Goma in Democratic Republic of Congo (DRC) from September 19th – 21st, 2016.  The event drew over 120 participants who are key players in the domain of sexual and gender based violence (SGBV). They included multi-sectoral representatives from government and development agencies like UNESCO, American Association of Lawyers, UNFPA, FAO, UN, and SIDA, representatives from Academia including the Vice Chancellor of University of Goma, faculty and students.

The 3 days event was officially opened by the Minister of Gender and Education; Hon Adele Bizizane who in his remarks noted that; “Government is eager to nurture partnerships and methods that will bring about new strategies and technologies towards combating SGBV”.The Bootcamp was ushered in with a high level presentation by the EA RILab’s Director, Nathan Tumuhamye who introduced participants to RAN’s agenda and the key achievements the lab had accomplished as a big network rallying 18 African universities from 13 countries since its inception. DR Congo is one of the network plus partner countries under the EA RILab. The partnership is with University of Kinshasa in the capital and is steered by one of the University Faculty-Prof Munyanga Mukungo as the focal person. University of Goma was chosen to host the training because of its proximity to RAN’s communities where quantitative studies were previously done on SGBV and chronic conflict.

This session was then followed by a presentation of a white paper by the Minister of Gender on the current status of SGBV in the country highlighting some government initiatives that had been put in place including “#HeforShe” an initiative to promote respect for women and girls. It was sad to note that years of war in the Democratic Republic of Congo brought a host of tragedies, large and small. Amongst the greatest tragedies was sexual and gender based violence. At some point in the conflict period, an estimate of 48 women were raped every hour, by notorious soldiers and the military. Out of estimated 6931 SGBV cases in 2013 in DRC, only 5932 were reported, out of 7072 cases in 2012, only 6931 cases were reported which implied that other victims chose to keep quiet and conceal the pain and torture. The struggle and complexity to prevent and respond to SGBV in DRC, was an overwhelming challenge that indeed calls for all to think creatively and develop innovative approaches and interventions to address the challenges.

Participants also had an opportunity to hear from various speakers and representatives from the hospital, UNESCO and University management during the technical panel discussion on what had been done in the country. Prof Bitwe, the University Vice Chancellor stressed that the institution had integrated some modules on SGBV in the University programs to create early awareness of the vice. All these enlightening sessions formed a great precursor to the Design Thinking (DT) training that followed thereafter. The cross-disciplinary participants were immersed in the Human Centered design (HCD) approach and trained on how to systematically identify and understand local problems, user needs, how to create novel interventions and innovations using techniques such as the art of needfinding, ideation, rapid prototyping of concepts, testing, iteration and story-telling. Some relevant scenarios to SGBV that participants worked on for example were how to use anthropology, science and art to uncover how the traditional justice system handles SGBV to develop innovative strategies for the entire judicial

system to function better and help citizens. It was a thrilling, highly interactive hands-on experience during which participants worked in teams to brainstorm, identify, develop, prototype and pitch meaningful innovations. They were fascinated to use locally available and low cost materials to visualize and bring an idea to life while gathering end-user feedback to further inform the development process. The HCD approach allows individuals and even organizations not to waste time and the already limited resources proposing an intervention that the community would not take up after all. “It is critical to listen to the voices from the community before we provide solutions and to base interventions on human needs” remarked Ronald Kayiwa, RAN’s Innovation Officer. We saw so much enthusiasm and ingenuity throughout the entire Bootcamp, participants were engaged in hands-on activities applying innovative methods to solve an abstract challenge like SGBV said Deborah Naatujuna RAN’s Engagement Manager.

Day 3 focused on participants proposing and formulating actual innovative strategies and the way forward using the new knowledge and skills they had acquired so as to present some of the conceptualized ideas to government and other stakeholders working in the field of SGBV to experiment the same.

The BootCamp provided an opportunity to build entrepreneurial capacity and accelerate innovation to provide interventions that will not only work in DRC but also in other low- and middle-income countries facing the same challenges. Additionally, EA RILab was able to establish a network of student innovators and university scholars ready to work with community representatives, local entrepreneurs and mentors to tackle the looming challenges of SGBV and chronic conflict. Beyond the Bootcamp there are many partners that expressed interest in partnering with the RAN lab to support some the innovations already sprouting out of the University. Participants were graced by the presence and active participation of the Minister of Gender Hon Adele Bizizane throughout the sessions on day 3. He had an opportunity to listen to the outcomes of the Bootcamp as participants pitched their proposed recommendations and officially closed the event. 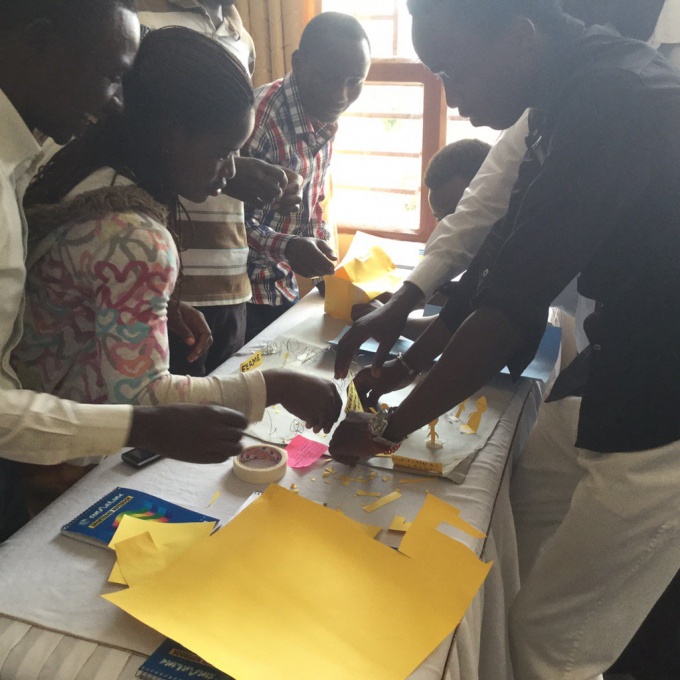 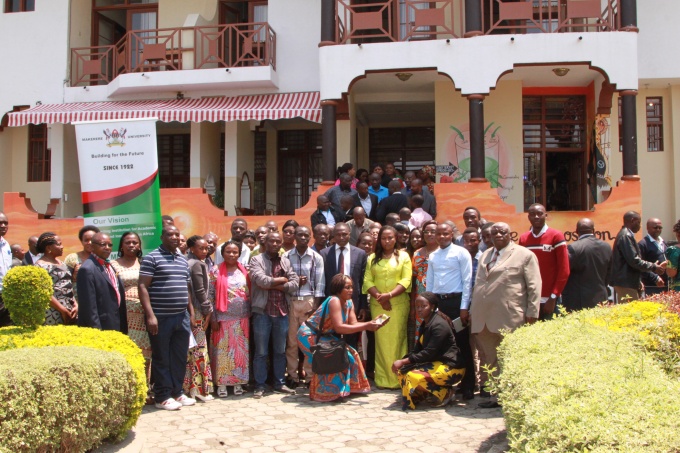 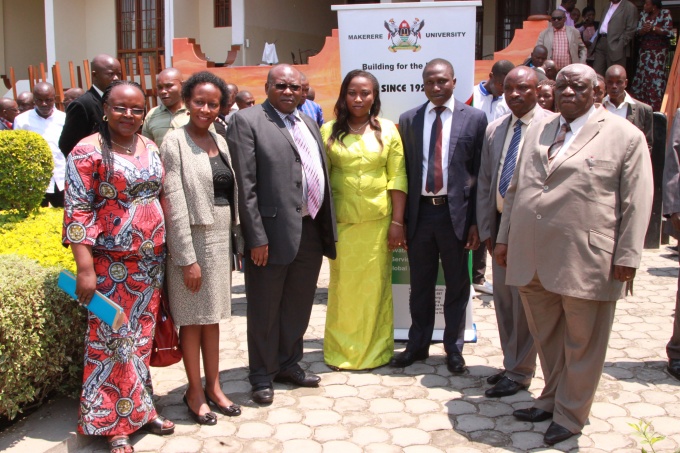