Returning Data to the Community: The Results of the 2017 Malawi Deliberative Poll in Nsanje District, Malawi February. 18, 2018

On the hot, humid morning of Saturday February 17, 2018, the Southern Africa Resilience Innovation Lab (SARILab) and a subset of the random sample of the populations of TA Ndamera and TA Nyachikadza returned to the site of the June 2017 Deliberative Poll (DP) to hear the results. The group of over 150 community members was joined by local officials, other key stakeholders in Nsanje District, and the research team from the ResilientAfrica Network (RAN). Nsanje is home to two traditional authorities (TAs) that face severe challenges from recurrent flooding. These are TA Nyachikadza and TA Ndamera. Once it floods in TA Nyachikadza, the inhabitants in this low land seek refugee in the nearest upland, TA Ndamera.  The challenges of these two communities have over the years worsened and government efforts and policies have not been efficient hence the need to conduct a Deliberative Polling exercise to gauge the citizen’s voices in regards to the challenges facing them. All these efforts are directed towards strengthening community resilience.

The research team convening this dissemination meeting was led by Dr. Donald Makoka of the Center for Agricultural Research and Development (CARD) of the Lilongwe University of Agriculture and Natural Resources, Prof. Lekan Ayo-Yusuf, the director of the Southern Africa Resilience Innovation Lab, Kathleen Giles, the manager of the Center for Deliberative Democracy at Stanford University, and two representatives from RAN Harriet Adong, Communications Manager and Christine Muhumuza, Research Officer. With funding from United States Agency for International Development (USAID), the first ever DP was carried out in Malawi in June 2017 by the team above and other colleagues from each of their institutions.

Dr. Donald Makoka shared a high level summary of the results following introductory remarks from each of the team members listed above. The policy proposals of the Deliberative Poll focused on three main themes: 1) relocation and resettlement; 2) reducing vulnerabilities in the existing communities; and 3) gender and population pressure. Some of the results on the first two issues that were highlighted during the meeting are listed below.

The goal of this convening was to give the data back to the community from which it had been collected. To empower them with this information to advocate for the policy proposals they supported as a community. One participant said that the DP had brought their communities together in a way that had not been done before. Now the two communities can work together as a united group to address these issues among others.  Upon hearing this comment from the gentleman, Prof Lekan Ayo-Yusuf remarked that, “You cannot place a value on what that can mean for the two communities going forward.  From our resilience research, we know that social capital is an important capacity of a community to be resilient when disasters strike. This DP has strengthened the social capital of a community that is facing recurrent challenges. This is a fundamental element of resilience.”

Regarding the proposals under the relocation theme, it was very clear that the residents of TA Nyachikadza were not interested in any form of permanent relocation from this low land. The central proposal agreed on was to facilitate a temporary relocation during the flooding seasons but allow the communities to continue using their land in TA Nyachikadza for crop cultivation.

Regarding the proposals under the theme of reducing vulnerability in the existing communities, there was an over all support for all the methods of communication for early warnings and telephone (voice) and telephone (SMS) were the two highly rated methods at the end of the discussion.

The other results discussed at the dissemination focused on the third issue of population pressure and gender. Those policy proposals were the highest rated at the end of the DP. The top six proposals overall were:

The meeting continued with an open question and answer session where the participants of the DP were able to ask questions which were later responded to by the officials and representatives present.  Prof. Lekan Ayo-Yusuf further commented that, “The level of enthusiasm in receiving the results was clearly palpable by the questions that the participants asked and the comments that they made. They were looking forward to the engagement. It reinforces the need to have this feedback with the communities after a community is engaged in data collection exercises like the DP.”

In conclusion, the communities and stakeholders were in agreement with the results that emanated from the study. The RAN research team hopes that this engagement will have a lasting effect on the communities directly engaged as well as those at a distance.. This process has helped to build trust between the communities, and could lead to meaningful interventions from the government like restoring social services in the community in the near-term, or even building an early warning system to serve these communities in the long-term. The communities and stakeholders also further appreciated the fact that the research team had returned to the community to disseminate the results to them which they noted rarely happens in their country. “Thank you for coming to discuss with us these issues sometime back and then coming back to inform us about the outcomes. This we have never seen and want to request other researchers, too, to copy the act. We feel honored and indeed supported to move forward regardless of all the challenges here.” Shared one Community Leader during the DP results dissemination.

A full report of the Malawi Deliberative Poll is available here (including a video on these issues): http://cdd.stanford.edu/2017/deliberative-polling-in-nsanje-district-southern-malawi.

Contributions to this report made by: Harriet Adong, Kathleen Giles, Christine Muhumuza 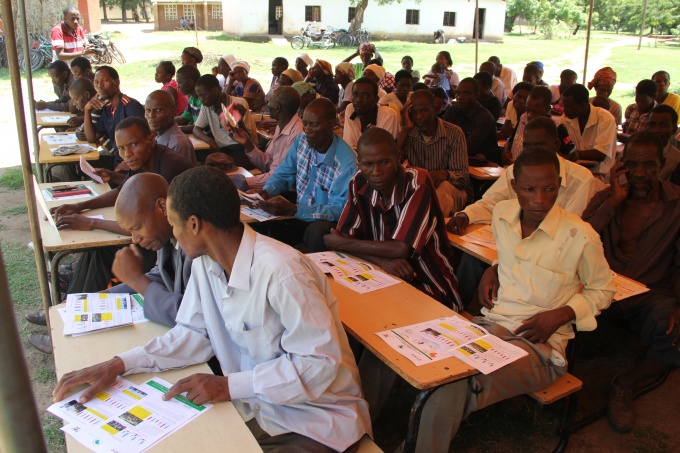 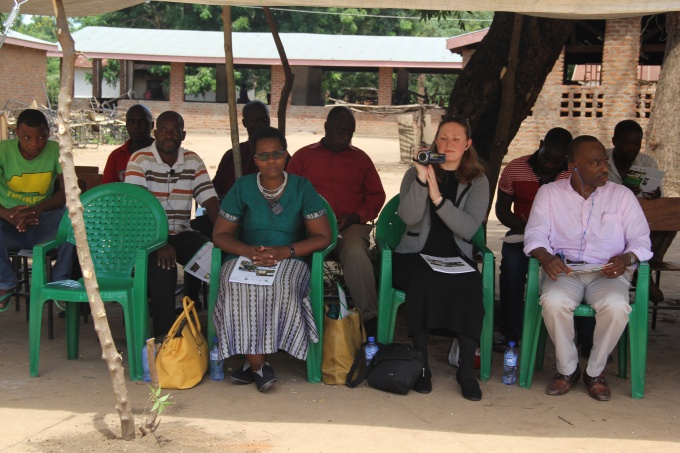 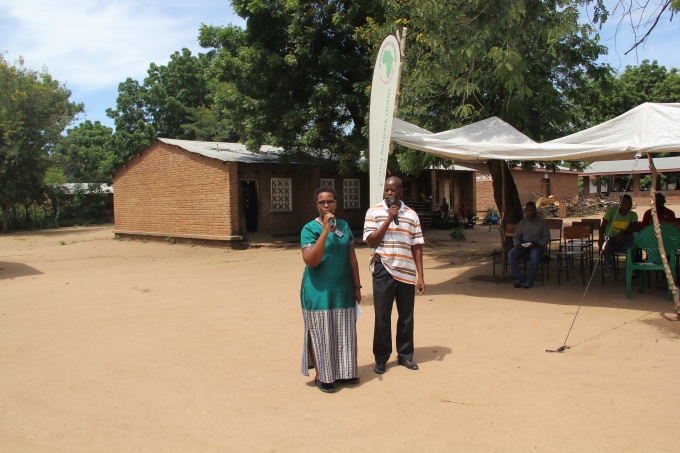 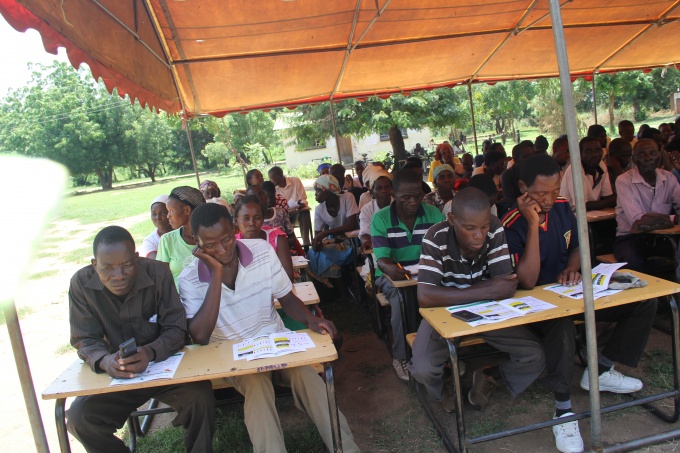 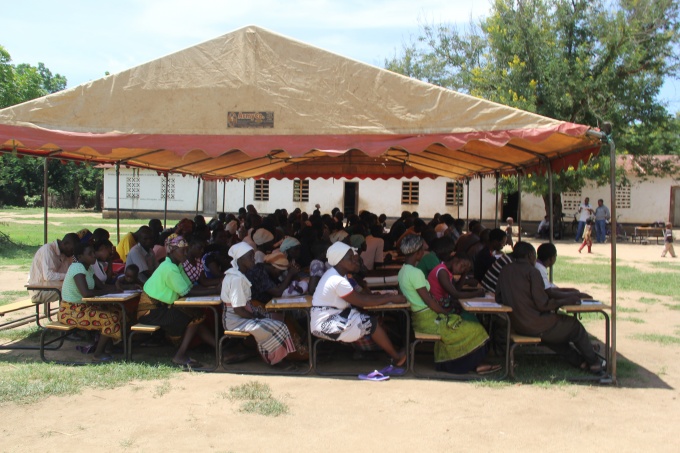 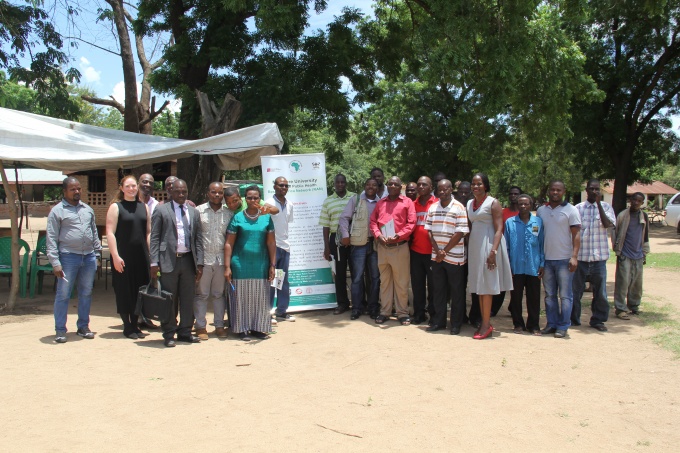 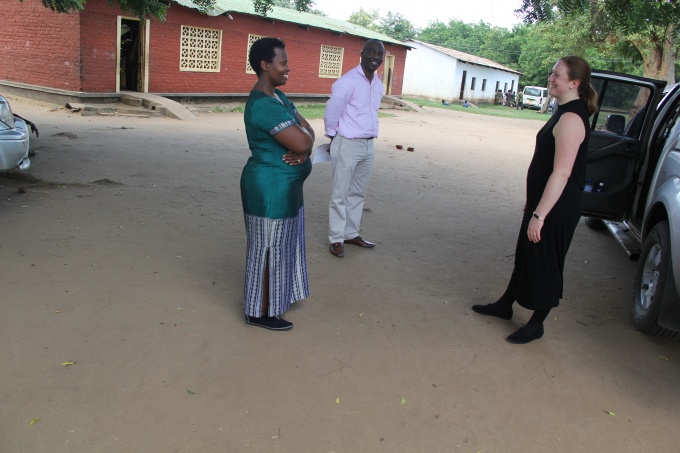 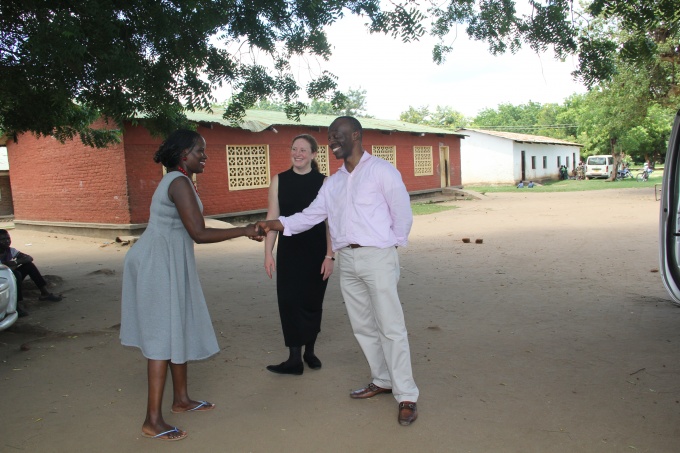 Found useful? Share it
Tweet
Home / Returning Data to the Community: The Results of the 2017 Malawi Deliberative Poll in Nsanje District, Malawi February. 18, 2018