RAN Internship Program is a tailored program to impart and enhance the various skills into the interns in particular fields; including engineering (software and mechanical), business administration, public relations, social work and science. Social Media and Managing Change were among the activities RAN had in store for the 2015 student interns under the Eastern Africa Resilience Innovation Lab.

It was a Wednesday sunny afternoon on the 1st Day of July, every one of the interns present seems a little tired from the back to back engagements and assignments that they have been attending to since the start of the internship program. Out of experience, Brian Ndyaguma, RAN Innovation Support Consultant quickly shifts the setting of the afternoon session from a class-like arrangement to a focus group discussion approach.

The objective for learning that topic emerged rather as a necessity for the young scholars as they transition from the school environment to the ‘would-be’ work field, bearing in mind that not all get employed. “With acute job competition by both the old and young people, fresh graduates need to prepare themselves for a drastic change from an all structured academic world to a tough and rugged arena that can only accommodate creative thinkers (innovators) with an all-round edge of knowledge” emphasized Brian.

Brian narrates; Gathered in a circle, I started off (after introductions) by asking the group to define change and any examples of its manifestations since they started the internship program at RAN. A number of suggestions were received and among them included; change…

– Is an introduction of new ways and methods of doing things in our lives for example making money transactions using the mobile telephone is a change people are getting used to;

– Is a careful approach on how to solve challenges in more than one way e.g. use of the internet for almost every query in today’s life; – Is a factor of life for example being technology savvy as a student is now an invisible necessary factor of life;

At this point, it was evident that this was not such a new topic after all, so we conclusively agreed that change is a cause to be different and the same change can be planned or unplanned. As example, types of change mentioned included strategic, cultural, operational and political changes among others. We also stretched and defined change management as a systematic approach to dealing with change with three aspects including adaptation, controlling and effecting change.

I continued to elaborate that whether change is for our individual lives, class, or organization, some basic principles need to be followed like; involving and getting support from the people (yet to be changed) is important and evaluating the status quo of the organization (or thy self) and where you want to be. Add a timeline (when) and an objective/goal (why) and suggest possible ways of achieving the goal (how). Keep monitoring the implementation process closely.

Using 2 popular interesting reads about change management (Who moved my cheese by Spencer Johnson and Theories of Change by John Kotter – Harvard University), shared a simple step by step process of how change is carried out.

– Creates need/urgency – as humans, we tend to get a need for urgency when something we’ve had in abundance reduces or gets finished.

– Form a powerful purpose group – this will influence and peddle the cause, objective and advantages.

– Ensure to have an overall strategic goal and communicate it – the more familiar the people get with the vision for change, the easier in becomes to achieve

– Remove obstacles – change attracts resistance especially from those that are not so interested, try to avoid or completely remove them along the way. This could be by dismissal or incentivizing the process.

– Infuse the change in the culture – the culture could be your organizations, society, class, name it. At this stage, carefully weave the new modus operandi into the team and let it be the new way of doing things.

At this stage, every single one of the interns was alert waiting to hear what happens next and without spoiling the moment, I delved into some of the factors that fail the process of change. Like any other process, there are factors that hinder its smoothness and these were;

• Fear of the unknown – people may be uncertain of their abilities to learn new skills, their aptitude with new systems or capability to handle new roles

• Conservatism – this usually arises from lack of exposure to better ways of doing things or mentorship and coaching.

• Lack of resources – these may be computer software, human capital, machinery or money to make the process of change more accommodative.

• Failure to define expectations and goals clearly by the leaders

“So how do we avoid such challenges”, Achiro Jennifer a student of journalism asked. “By doing the first steps discussed above right”, Steven another student was quick to respond. Nonetheless, I added that sometimes the solutions differ depending on the status quo for example, good timing by the change leaders, effective communication, coercion and use of authority (to some extent), manipulation and co-option among others. All these may not be implemented at the same time but come in handy throughout the implementation process.

As we wrapped up the session, I took down some opinions and thoughts from the students;

Owen Byomugisha, “I have always known that change is a factor of life but I didn’t think there’s a whole process on how to effect change”.

Lorna Maria, “Personally I view change like new computer software. You can only use the old one for a certain period of time before it expires, and so is change in our lives. It always catches up with us”. 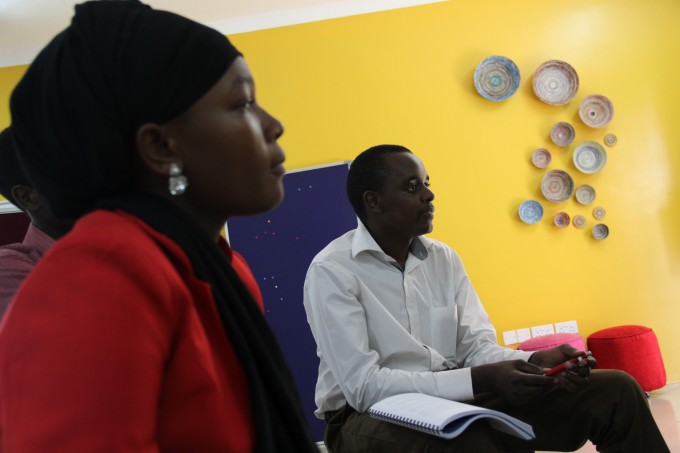 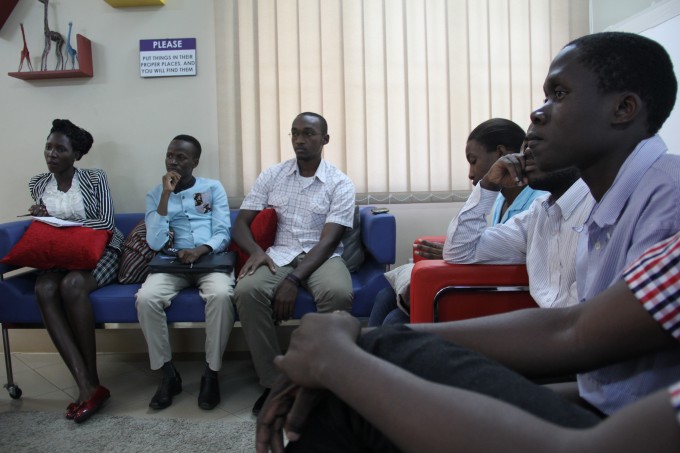 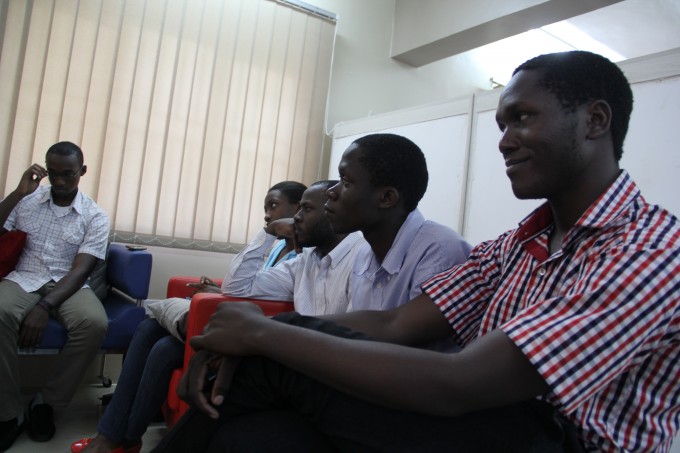 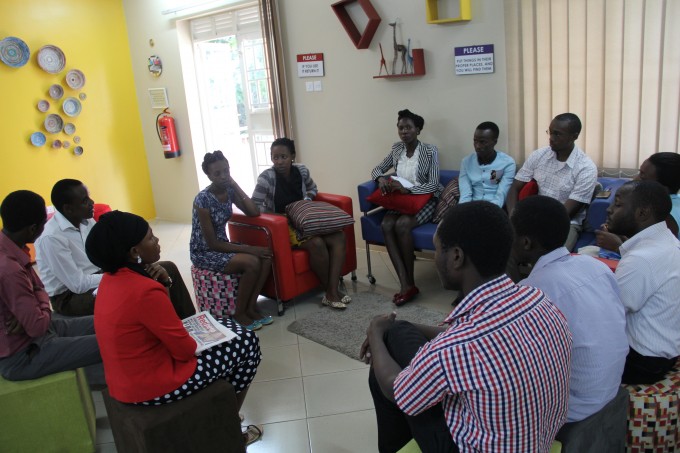 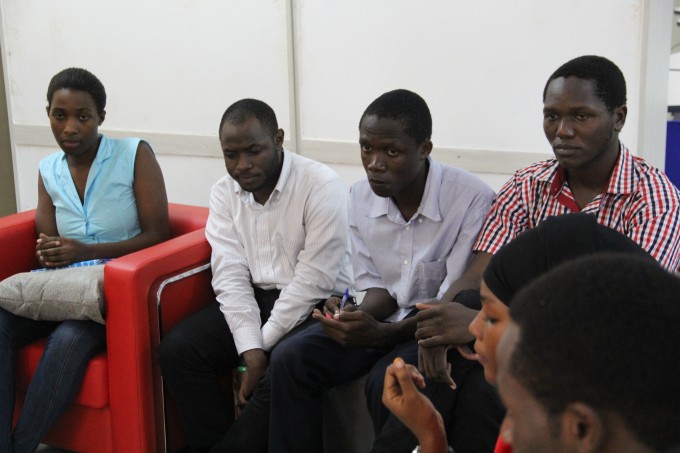 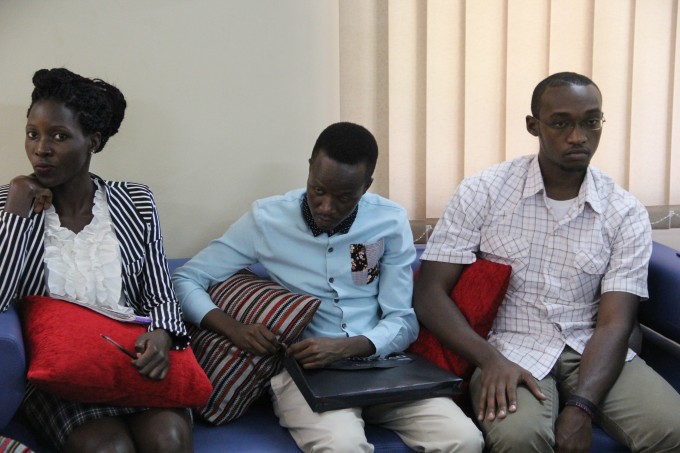 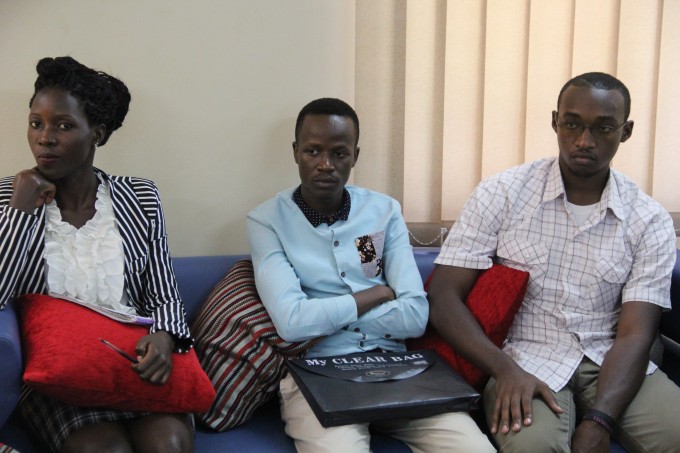 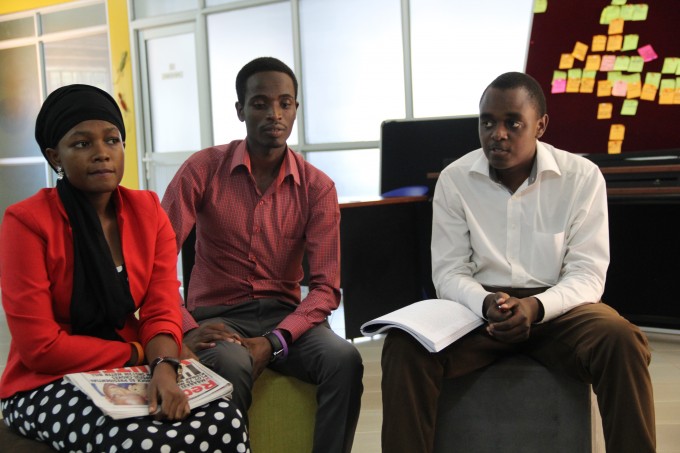 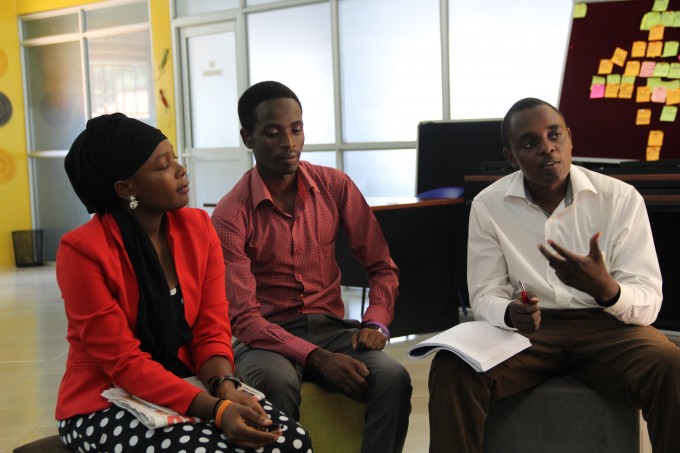