‘Innovation is more than Information and Communications Technology (ICT). It can be an approach or just a unique or different (with value add) way of doing things’ shared Dr. Roy William Mayega, RAN Deputy Chief of Party

Cultural systems and practices have existed within the African communities for as far as the evolution of civilization can be traceable. Before the advent of civilization, conflicts were resolved with the support of well-established customs, traditional principles, leadership structures and systems. Gradually, due to several factors including armed conflicts, population growth, increased pressure on land resources and conflicts, the existing structures and systems became over stretched/strained. In addition, unfortunately, traditional values, systems and practices that had previously been useful in the management of conflicts and community mobilization have been disoriented.

The Good Governance Model (GGM) project was an innovation for the management of conflicts and improvement of governance through the revitalization of the cultural approaches, values and systems knitted together with the contemporary good practice. The project spearheaded the retooling and reorganization of cultural governance systems and leadership for purposes of increasing capacity to address conflicts and benchmark governance and accountability good practice. Mentorship on the relevant critical knowledge areas such as the alternative dispute resolution mechanisms and governance good practice have been emphasized by tis model to support homegrown or community-grown conflict solutions that are anchored on the cultural good practices, systems and processes.

To implement the project, the GGM Team progressed through the following sequence:

Following receipt of the award letter, the GGM Team working closely with a team from RAN undertook to conduct a need finding for purposes of matching the current community need with the proposed model. With guidance from the RAN Innovation Lab Team, the GGM team was supported in the development of the relevant need finding tools which included developing a questionnaire or an interview guide to be administered to the target community respondents. We also agreed on who the target population was to guide the field work process.

For Need finding, filed visits were organized in liaison with the RAN team. Several Key Informant, In-depth Interviews and Focus Group Discussions were arranged and conducted. ‘It is exciting to note that through this process, fresh or new community needs were gathered’ shared Dr. Isaac N. Kayongo, Team Leader and Director Governance Garage Ltd. Isaac is also a Senior Lecturer and Head of Department Leadership and Governance at Makerere University Business School (MUBS), Kampala Uganda. Literature review was also conducted to assess the nature of good practices in such related communities in other regions of Uganda and Africa wide.

Subsequently, analysis of field data was conducted and the resultant information guided the revision of the Good Governance Mentorship model, to suit the community emerging need. Most important among others was the need to reshape and retool the Royal Mediation teams beginning with the arch mediation team based at the Palace down to the mediation teams at the Chiefdoms.

After the revision of the GGM Model, an update was shared with the RAN team, highlighting the implementation plan of the revised model. Thereafter discussions were organized and held with Uganda’s Prime Minister’s office of Ker Kwaro Acholi (KKA), the target beneficiary cultural Kingdom who were highly receptive. Also, a brief of the intended intervention was made to the Paramount Chief (King) through the Prime Minister. The King highly welcomed the intervention and pledged his highest support. Thereafter, a work plan of priority interventions was agreed upon; first to organize for the signing of the Memorandum of Understanding which would stipulate tasks of each partner in the implementation of this model. For memories, a ceremony was organized so that key stakeholders witness signing of the Memorandum by several partners. This event was graced by a cross section of stakeholders including district leaders, religious, traditional, youth and community leaders and the media.

Subsequently the actual mentorship commenced beginning with the top most administrative office of the Kingdom, the Office of the Prime Minister. Issues relating to the systems of engagement, structure of reorganization, resource mobilization, planning, budgeting, negotiation, mediation, arbitration, small claim proceedings before the magistrate courts and plea bargain mechanism were addressed in line with the targets of tackling conflict, governance and accountability within the sub region.  Good practices were shared, short, medium and long term strategies agreed upon and work towards achieving the priority areas commenced with the support and guidance of the GGM team.

One of unique elements about the GGM model is that whereas the GGM team offered the backend (behind the curtains) support, the implementation of the interventions was spearheaded by the beneficiaries themselves. For instance the Prime Minister and the relevant Royal Chiefs were supported to spearhead the execution of the interventions. This was a unique technique as opposed to the prior interventions from other players such as NGOs and CBOs who normally preferred to be at the forefront of the implementation, thereby disenfranchising the intended beneficiaries as well as diminishing the chances of continuity of the intervention, for lack of ownership by the local players. The beauty about such an engagement is that there was excitement among the local subjects of the Kingdom; seeing a revival of their own cultures, values and systems by their own Royal Chiefs. There was equally high enthusiasm from the Royal Chiefs given their new found powerbase and the prior elusive opportunity to command community mobilization over their subjects. Both the Prime Minister and the Deputy Prime Minister KKA, and each of the target Royal Chiefs of the five target Chiefdoms were rebranded in royal gowns which enable them rediscover their prior positions as fountains of honor within the respective communities. The Royal Chiefs rediscovered their positions as charismatic leaders, chief mobilizers and chief mediators of their respective Chiefdoms and by default, generated the desired respect required to support effective community mobilization. Indeed, after the armed conflict that destabilized the region for over 20 years, there was dire need for reconciliation. According to the Prime Minister of Ker Kwaro Acholi, RH Ambrose Olaa, the process of reconciliation in Northern Uganda are not complete and they were wondering how to deal with such matters“…..that is when this project came in…to improve on the mediation and how cases are managed” reiterated the Prime Ministers. Detail of the feedback from the stakeholders on the success of the project can be accessed via the following link: https://drive.google.com/file/d/0B44VSfa9oicFNEtJQzdRSFRRTVU/view.

Up to five mentorship sessions were organized at the each of the target Chiefdoms (Palaro, Patiko, Paibona, Paico and Payira) addition to the grand mentorship session and meeting that was demanded by the King himself. The grand session involved all the Royal Chiefs of his 25 Chiefdoms within the Gulu District sub region. This acted as the apex of the engagement before the Chiefdoms were successively engaged. During the process, there were new additions to the model that enabled efficient and effective execution of the intended plans. Resource mobilization and financial literacy skills were added to the model. Strategic planning sessions and sustainability strategies developed.

By the end of phase 1, the other Chiefdoms that were not beneficiaries had mounted pressure to the Office of the KKA Prime minister for extension of the model in their Chiefdoms too.

Our next plan of action entails the following; 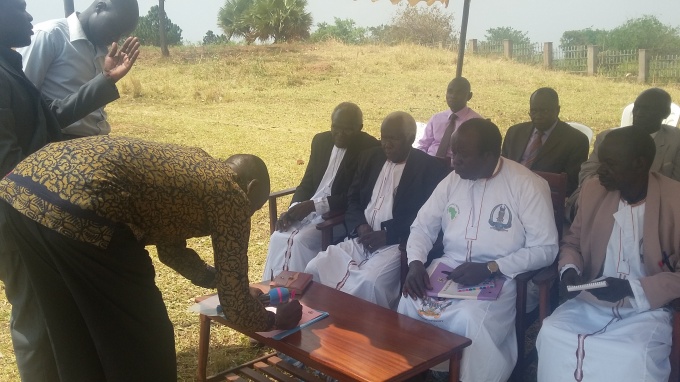